State Minister for Shipping Khalid Mahmud Chowdhury on Saturday said the government is working to recover the waterways to flourish river tourism.

“The government of Sheikh Hasina has taken several steps to rescue the rivers and waterways from illegal grabbers and ensuring their navigability so that people can enjoy smooth and less expensive waterways. We are working to recover the waterways to flourish river tourism,” he said while addressing at a seminar at Jatiya Press Club.

The country was not ruled properly after Bangabandhu Sheikh Mujibur Rahman and before Sheikh Hasina’s tenure, said Khalid Mahmud.

“Rulers out of Awami League party were busy in killing, looting, creating anarchy in the country. There was no one to look into the rivers and waterways. Due to negligence of the authorities, the country’s rivers have lost their flow and navigability,” said the state minister added..

Khalid Mahmud said,”The country may fall in risk unless the rivers can be managed properly. Considering the issue, the ruling AL had incorporated the issue of river dredging in its election pledges. The government has already taken initiatives to dredge around 10,000km waterways. To conduct the huge dredging work round the year it has decided to buy necessary dredgers.”

BIWTA Chairman Golam Sadeq emphasized on ensuring coordination between the authorities relevant with managing waterways and tourism to take its benefits to the doorsteps of people.

Former RRI DG Lutfar Rahman proposed to form a task force comprising the representatives of local administration, public representatives and social activists to save the rivers and waterways.

Aminur Rasul Babul urged the government to frame separate laws to protect the rivers from illegal grabbers, and conduct census on rivers soon. 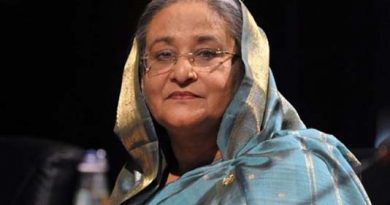