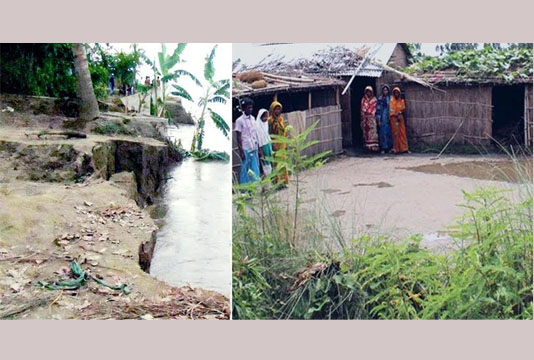 RANGPUR, Sept 19, 2020 (BSS) – The flood situation might become stable
from tomorrow as the rate of onrushing water from the upstream reduced
despite little rise and fall in water levels of major rivers during the last
24 hours in the Brahmaputra basin.

Bangladesh Water Development Board (BWDB) officials said water levels of
major rivers marked both rising and falling trend amid no monsoon rains in
the upstream during the period and were flowing above the danger mark (DM) at
three points at 9am today.

Water levels of the Brahmaputra might remain steady with a falling trend
while Jamuna to rise at reduced rates during the next 24 hours to end the
short-term flood-like situation in the basin within the next few days.

Meanwhile, sporadic incidents of riverbank erosion have been reported from
several points alongside the Dharla, Dudhkumar, Teesta, Brahmaputra, Ghaghot
and Jamuna rivers due to stronger river current during the past three to four
days.

Water levels of the Brahmaputra marked fall by 12cm at Noonkhawa and 7cm
at Chilmari while Dharla marked sharp fall by 19cm at Kurigram and Ghagot by
6cm at Gaibandha points during the last 24 hours ending at 9am today.

Water levels of the Kartoa rose by 10cm at Chak Rahimpur and Jamuna marked
fall by 1cm at Fulchhari while rise by 2cm at Bahadurabad, 8cm at Sariakandi,
10cm at Kazipur and 12cm at Sirajganj points during the period.

The Dharla was flowing above the danger mark by 11cm at Kurigram and
Jamuna by 15cm at Sariakandi and by 7cm at Kazipur points in the basin at 9am
today.

The Brahmaputra was flowing below the danger mark by 72cm at Noonkhawa and
29cm at Chilmari while Ghaghot by 55cm at Gaibandha points at 9 am today.

“Water levels of the Teesta marked fall by 15cm at Dalia and 7cm at Kawnia
and were flowing below the danger mark by 50cm and 32cm respectively during
the same period,” said Executive Engineer of the Teesta Barrage Project
Division of BWDB M Rabiul Islam.

“However, there is no possibility of another prolonged flood in the
Brahmaputra basin where the situation is likely to improve within the next
two or three days,” Ghosh said, adding that all flood control structures and
devices are remaining safe. 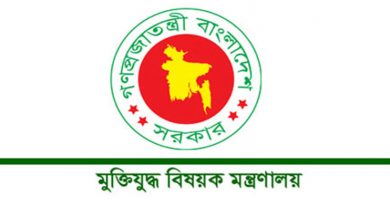 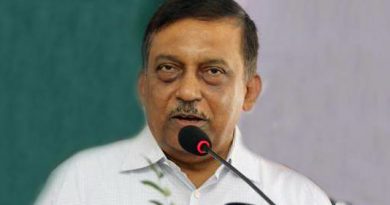 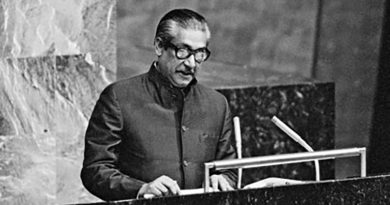 Bangladeshi Immigrant Day to be observed tomorrow in New York