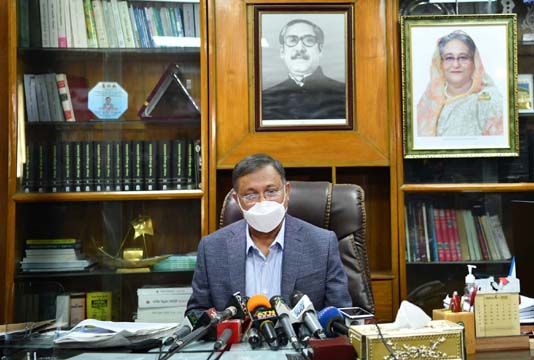 DHAKA, Dec 15, 2020 (BSS) – Sharply criticising the comments of BNP leaders over the Padma Bridge, Information Minister Dr Hasan Mahmud today said BNP should give thanks to the Prime Minister after seeking apology for their conspiracies against the mega bridge project.

“Padma Bridge is a state property. Bangabandhu’s daughter Prime Minister Sheikh Hasina, through her farsighted leadership, added the property to the state after taking time-befitting steps for constructing the bridge with own fund,” he added.

The minister made the comments while replying to a query from reporters at his office at Secretariat in the capital. Earlier, French ambassador to Bangladesh Jean-Marin SCHUH paid a courtesy call on the information minister at his office.

But, he said, conspiracies were hatched so that the Padma Bridge cannot be constructed and BNP was involved with those conspiracies.

“Chief of Mirza Fakhrul Islam Alamgir’s party Begum Khaleda Zia told that Awami League would not construct the Padma Bridge… She told it very emphatically. And, she also said that though Awami League builds the bridge with patches, no one will cross it,” he added.

“For this, I asked a question whether the BNP (men) would go over or down the bridge,” said Hasan, also AL joint general secretary.

He said as per the speeches of Mirza Fakhrul, it seems that they will cross the bridge and it is good. “But, they should give thanks to the government before crossing the bridge as the construction work of the bridge has almost been completed with own fund for the farsighted leadership of Prime Minister Sheikh Hasina,” he added.

The minister said, during the tenure of Ziaur Rahman, a rich class and bank robbers were created. Then giving loans from banks to BNP-backed businessmen and BNP leaders has started, which were not repaid. Corruption started during Zia’s tenure and it got full institutional shape during Khaleda Zia’s tenure, he added.

Replying to another query on sculptures issue, Hasan said the home minister can sit with anyone. The government met with the persons who cut cakes on August 15 after changing the day of birth and “we also sat with those persons who threaten to overthrow the government everyday”, he added.

Hasan said there is no scope of creating confusion and the government can sit with the people of different opinions.

“This is a democratic country. So, the government can sit with the people who are making negative comments about sculptures issue. But sitting with different opinions does not mean that we have deviated from our position. Our position remains unchanged and the country will move forward with the strength, unity and solidarity of the pro-independence forces against all the fundamentalist evil forces who want to push this country backward,” he said.

He said like all countries, including Islamic countries, sculptures will be here in this country. Sculptures of Bangabandhu will also be made, he added.

About the meeting of the French ambassador, the information minister said discussions were held about historical relations between the two countries, relations with all European countries and French investment in Bangladesh.

Besides, Hasan said, discussions were held about law and policies of European Union to prevent rumours, anarchies and social instabilities through internet-based social media and IPTV that happens in Bangladesh too. 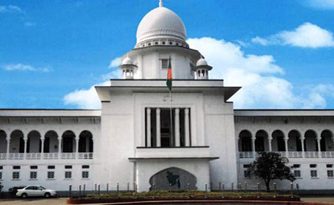 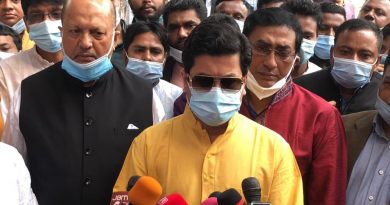