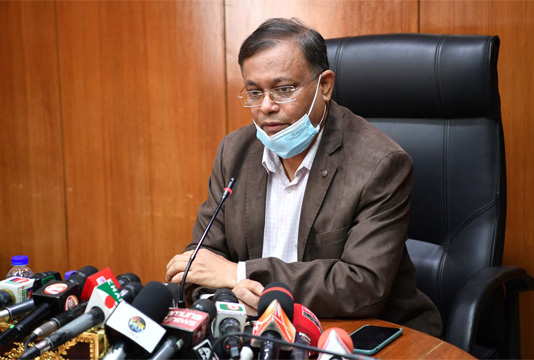 “BNP hoped that the Awami League government, led by Prime Minister Sheikh Hasina, could not tackle the prevailing COVID-19 pandemic situation properly. But, the way we have tackled the situation is now acclaimed and recognized across the globe,” he told reporters at the meeting room of his ministry at Secretariat here.

State Minister for Information Dr Murad Hasan was present there.

Hasan said BNP later hoped that it would not be possible to bring vaccine in due time. But when the vaccine has reached in proper time, they (BNP) indulged themselves nevertheless in a wantonness to create confusion among the people by raising questions over the vaccine, he added.

The minister said the vaccine brought from Serum Institute of India invented by the Oxford-Astrazeneca is one of the effective vaccines in the world and “suitable in our climate” which is administrated crores of people in India. “And the government has decided to administer the vaccines to frontline fighters in priority basis through making advance booking of it (vaccine),” said Hasan, also Awami League joint general secretary.

The minister said BNP secretary general Mirza Fakhrul Islam Alamgir has created confusion among the people, and he (Mirza Fakhrul) told that they have no faith in this vaccine.

“But the whole world including the World Health Organization has faith in this vaccine. And, even, thousands of people are taking the vaccine in India and other countries are taking steps to administrate the vaccine to their people after buying,” he added.

He said the BNP leader is uttering words like a child — the vaccine should be given to the premier at first. Many people suffer with ‘dementia’ when they grow old and they talk nonsense, he said, adding, “I wonder wheatear he (Mirza Fakhrul) is suffering from the disease.”

“I would like to urge BNP leaders including Mirza Fakhrul not to cheat on the people by creating confusion,” he said.

Replying to a comment of another BNP leader Ruhul Kabir Rizvi, the information minister said BNP leaders have told that looting of the vaccine will be held which meant that the vaccine would be administrated to the powerful people only.

“In this context, I told that if BNP wants the vaccine first, then I will urge the health minister to give vaccine to BNP at first. But now it seems that they don’t want the vaccine. I would like to say them (Rizvi) and Mirza Fakhrul to stop the dirty politics of creating confusion among the people,” he said.

Replying to a query, the minister said, “I personally think that my right is not at first. It is the first right of those persons who have worked to provide services to the people during the situation. But I’ve no objection to volunteering to show the path.” 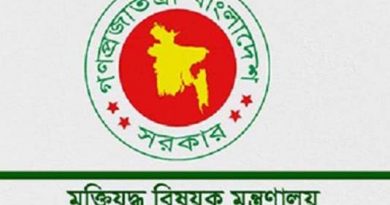 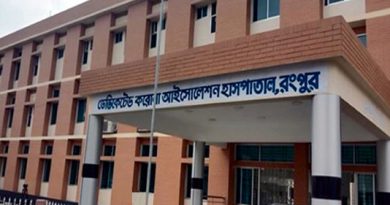