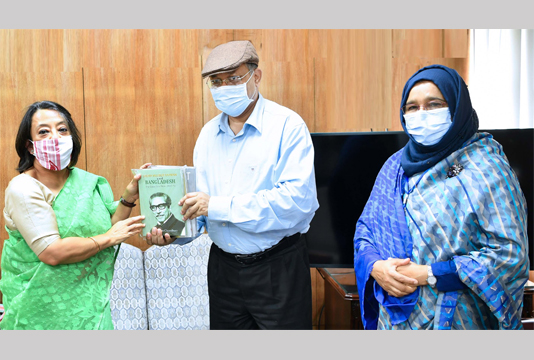 DHAKA, Sept 2, 2020 (BSS)- Terming as genuine and incomparable the relations between Bangladesh and India,Information Minister Dr Hasan Mahmud today said this relationship cannot be compared with any other ties.

The information minister made the comment while briefing the newsmen at his office at Secretariat here.

Earlier, outgoing Indian High Commissioner to Bangladesh Riva Ganguly Das paid her farewell call on him at his ministry’s office.

Information Secretary Kamrun Nahar was present at the meeting.

Hasan said it was her (Riva Ganguly) farewell meeting and she is going to Delhi by getting promotion as a secretary-level official. “I would like to extend my congratulation to her for the promotion,” he added.

Terming former Indian President Pranab Mukherjee as a true friend of Bangladesh, the information minister expressed his profound shock and sorrow at his death. Bangladesh is observing one-day national mourning along with India at the death of Pranab Mukherjee, he added.

Bangladesh Betar has also started broadcasting programmes in India, he said, adding these all are big works.

Riva Ganguly said, “You all know that former Indian President Pranab Mukherjee is no more. For this, India is observing state mourning. Bangladesh is also observing one-day mourning and Bangladesh President and Prime Minister have sent condolence messages. He was a big friend of Bangladesh.”

She said, “I also worked in Bangladesh between 1998 and 2000. And that time, Pranab Mukherjee came to Bangladesh. I went to Gandhi Ashram in Noakhali with him. I’ve a nice memory with him.”

She said next year is the 50th anniversary of the Liberation War of Bangladesh, and the diplomatic relations between the two countries will also touch 50-year mark though the relation is very old. “There are many sectors in the two countries where we can work jointly,” Riva added.

After the meeting, the information minister handed over three books on Bangabandhu’s life and a replica of ‘Boat’, the electoral symbol of Awami League, to the outgoing Indian high commissioner.

Riva Ganguly also handed over a memento to the information minister. 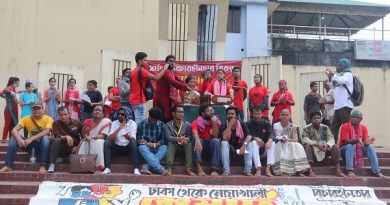 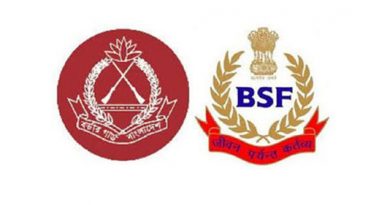 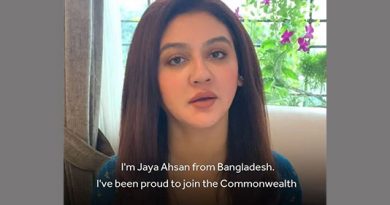