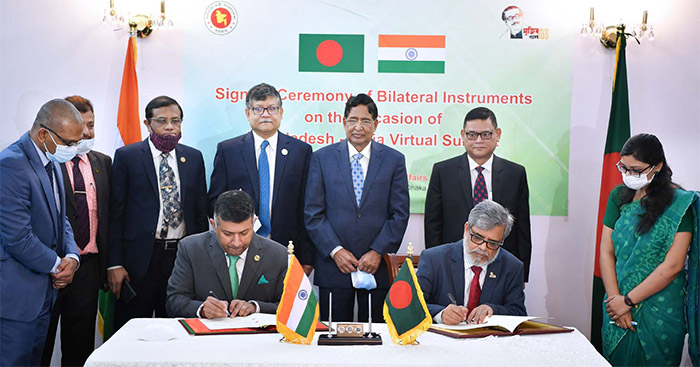 “Concerned officials signed the MoUs on behalf of Bangladesh while Indian High Commissioner in Dhaka Vikram K Doraiswami inked them on his country’s behalf,” a foreign ministry official familiar with the development said.

He named the deals as: Framework of Understanding on cooperation in hydrocarbon sector, framework agreement on “high impact community development projects, protocol on trans-boundary elephant conservation, MoU on supply of equipment and improvement of garbage/solid waste disposal ground in Barishal City Corporation, MoU on cooperation in the field of agriculture, MoU between the Father of the Nation Bangabandhu Sheikh Mujibur Rahman Memorial Museum,, Dhaka and National Museum, New Delhi, terms of reference of India-Bangladesh CEOs Forum. 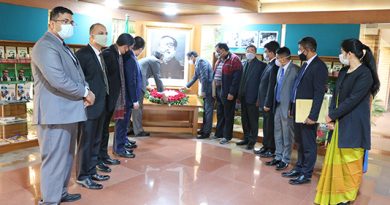