Terming 70 percent people of the country live in villages, the
minister urged the leaders and workers of Awami league and its front
organizations to work for establish good governance in line with
Bangabandhu’s dream.

He said that Bangabandhu had struggled in his whole life for the
betterment of the people of Bengal.

“The aspirations of the people of Bangladesh have been stifled
through assassination of Bangabandhu ruthlessly. Even then, numerous
followers of Bangabandhu, as like Advocate Nurussafa Talukder, were
scattered all over Bangladesh. Despite untold sufferings, misrule and
deprivation, they defend their grounds that day,” he said.

He told a gathering on the occasion of the inauguration of the
Municipal Auditorium named after Advocate Nurussafa Talukder, one of
the organizers of the Liberation War and father of Information
Minister Dr Hasan Mahmud, this evening.

The local government minister said that Advocate Nurussafa Talukder
was a genuine follower of Bangabandhu.

“He was a man who believed in the ideals of Bangabandhu. He had a
huge contribution to the liberation war. His contribution to the
construction of war ravaged country will be remembered by the people
of this vast region. In addition to the legal profession, he had
established his sons in their respective professions,” he added.

“Mass people have responded to her call and have become united.
Facing Zia- Ershad’s misrule and torture, Bangabandhu’s daughter
Sheikh Hasina set up a fierce movement that day and united the nation
to realize the rights of all people. The Awami League first came to
state power after the assassination of Bangabandhu in 1996 through the
restoration of human rights in Bangladesh as a result of that long
struggle,” he added.

He said the then government led by Sheikh Hasina has made Bangladesh
self-sufficient in food production from a long time food shortage
country after coming to state power in 1996.

“Despite the food crisis, Sheikh Hasina’s dynamic leadership
brought about a radical change in the agricultural system of
Bangladesh. Food production has increased and starving people are no
longer found to exist in the country. The people of Bangladesh have
become self-sufficient in food,” he added. 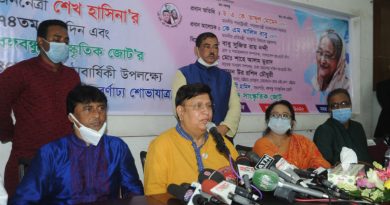 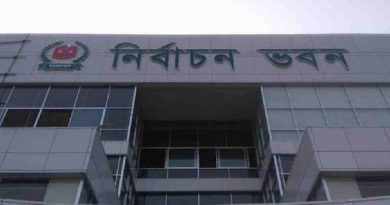 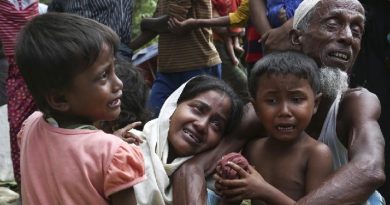