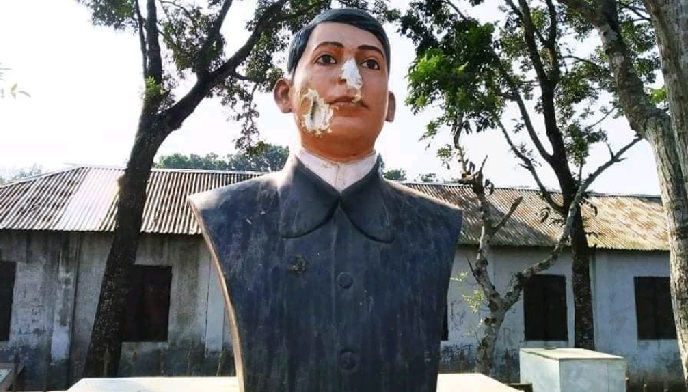 Three suspects have been arrested for questioning in connection with vandalising the statue of anti-British revolutionary leader, Bagha Jatin, at Kaya College in Kumarkhali in Kushtia on Friday.

The arrested persons were taken to the police station concerned for questioning on Friday.

They smashed the nose and some parts of the right cheek of the statue during the night, police said.

Locals said they found the statue of Bagha Jatin, installed at the college premises, smashed on Friday morning. Then they informed police about the matter.

Kushtia additional superintendent of police Atiqul Islam Atique said, on information, a team of police went to the spot to inspect the matter.

Upazila Nirbahi Officer (UNO) Rajibul Islam Khan said the miscreants broke some portions of the face and nose of the statue. “We have succeeded to arrest the culprits after vandalising Bangabandhu Sheikh Mujibur Rahman’s under-construction sculpture in Kushtia town, and we will also be succeded to find out the persons responsible for smashing Bagha Jatin’s statue.”

Kumarkhali Police Station’s OC Mojibur Rahman said police went to the spot receiving information from the locals at about 11:00am. “Different departments of the administration including the intelligence agency of Kushtia Police have already started working on the matter. Those who are responsible will be brought to justice as quickly as possible,” he said. 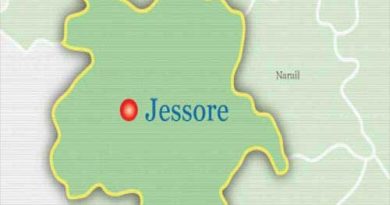 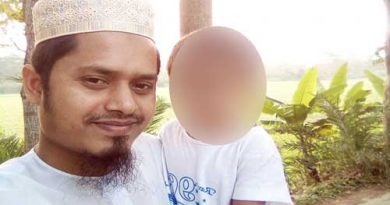 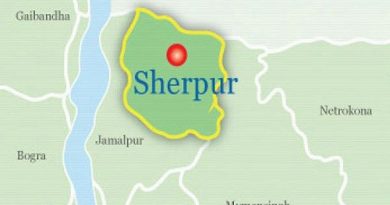