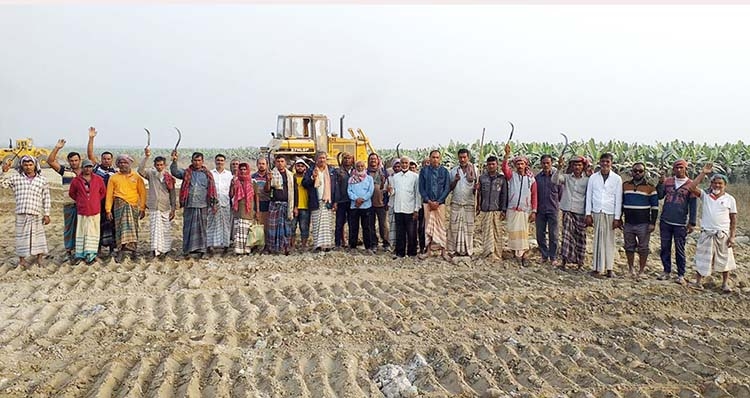 Farmers have demanded time to take home the crops planted on the government land acquired from the Ruppur nuclear power project. On Friday morning, the farmers demanded a temporary halt to the earth-filling work of the project at Charkanika mouza in the former East Baichchar. The farmers have sought the intervention of the concerned people including the Minister of Science and Technology for the grant of about five months to take these lands home.

Affected farmers said, “We have been cultivating this khas of char for a long time.” This year also banana, lentil, khesari, pea, wheat, gourd, eggplant have been planted in this land. At that time no one forbade. Huge sums of money have been spent on the cultivation of these Chaitali crops and vegetables. “If we can’t bring this crop home, we will sit on the road,” they said.

All the crops will be harvested in about 3 months. It will take five months to complete. The farmers said that they are praying for the time till the harvest is harvested and taken home. Farmer Ayub Ali Sardar said the huge amount of banana trees planted has now started falling. It will take about five months to pick up. He has demanded to exclude these cultivated lands and fill other abandoned lands with soil.

Farmer Likhan Hossain said huge amount of money has been spent on banana and chaitali crops. If we can’t bring this crop home, we will sit on the road. Farmer Rabiul Alam Robi said Tk 27.48 crore had already been allocated from the project for crop damage to 770 farmers. Farmers have not yet received compensation for various complications. In this case, if the crop is damaged anew, the family should not eat.

He said on condition of anonymity that Tk 27 crore has already been allocated for the compensation of crops planted in 800 acres of land in the project area. We have not been informed about any new crop in this area. The project will not bear any responsibility for this. Ishwardi Upazila Nirbahi Officer PA Imrur Kayes said, “I am not aware of the matter. Necessary steps will be taken after knowing the details.” 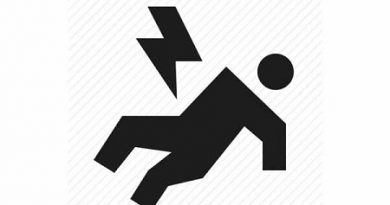 3 of a family die from electrocution in Gaibandha – Countryside – observerbd.com