A Bangladesh-origin Canadian citizen who killed brutally his entire family in summer last year has been sentenced to life in prison with no chance of parole for 40 years, according to the reports published in Canadian newspapers on Saturday.

The 24-year-old Menhaz Zaman learned about his sentence via videoconference inside the Central East Correctional Centre on Friday afternoon.

Describing Menhaz as “deeply disturbed,” Justice Michelle Fuerst pronounced the verdict inside the  Newmarket courthouse in Toronto on Friday.

Menhaz, who had no prior criminal record, will be 64 years old when he is first eligible to apply for parole, reads the judgement.

According to the case statement, Menhaz killed his father, mother, sister and grandmother inside their family home at Markham in Ontario province on July 27, 2019.

“He (Menhaz) then sat around playing video games and napping while waiting for his father and sister to return from their jobs. He killed his sister around 11 p.m. in the guest bedroom and then his father about an hour after that in his sister’s bedroom.”

Autopsies revealed that Menhaz struck each of the victims on the head, with most likely a crow bar, and cut their throats once they fell to the floor.

“…………while his mother and grandmother lie upstairs in their own blood, he is apparently untroubled as he waits to slay his sister and father,” the judge said.

The murder charges were laid against Menhaz following his arrest from his home on Castlemore Avenue at Markham, Toronto in the afternoon of July 28, 2019.

He was immediately taken into custody by police.

After the murders took place, the judge said, Menhaz texted a friend in the United States saying, “I just slaughtered my entire family.” He also sent a photo of four people on the ground with blood.

Menhaz told the friend he felt shame because his family believed he was studying engineering at York University. He was enrolled in an Electronics Engineering program at Seneca College, but dropped out after two semesters due to failing grades. He concealed the matter to his family.

“By July 2019, Menhaz had been leading a double life for years,” the judge said. “Rather than facing revelation of his lie to his family, he brutally murdered them at home,” he said.

Menhaz’s family believed he was set to graduate from York University on July 28, 2019 – the day after they were killed.

Following submissions from both the defense and the Crown at last week’s sentencing hearing, Menhaz spoke briefly, apologizing for his actions.

“I would like to just apologize to anyone I have impacted negatively with my actions,” Menhaz told a virtual courtroom. “Especially to the people who knew my family – friends and loved ones who I know could have never seen something like this from me happening.” 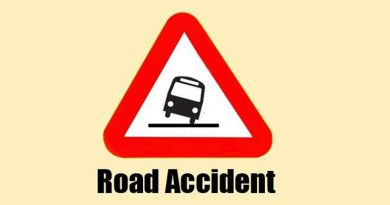 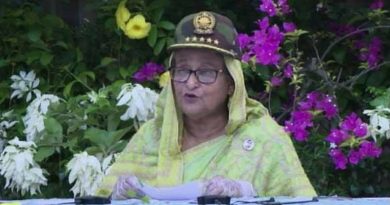 Driver dies in collision between vans in Sirajganj – Countryside – observerbd.com