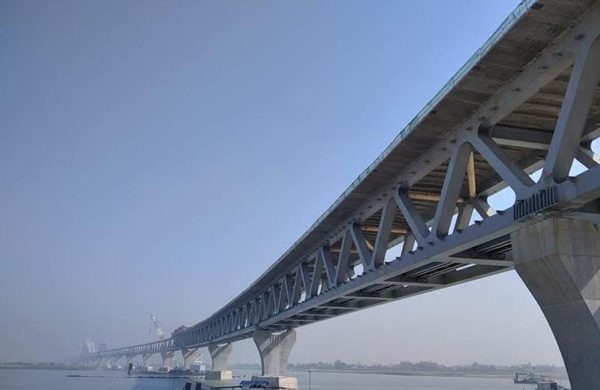 MUNSHIGANJ,  – The 33nd span of the Padma Bridge was installed today bringing a total of over 4.9 kilometers of the structure into view as the construction works of 6.15 kilometers long bridge started from December 2014.

The span was installed on pillars no 3 and 4 at Mawa point, more than a week after the last one was installed.

Executive Engineer (Bridge) Dewan Md Abdul Quader confirmed the matter earlier and said the span has been locked with a crane ship at Mawa construction jetty and has already been shifted to 3 and 4 no pillars, some 900 meters away from the jetty.

All of the 41 spans were supposed to be installed within the first week of October but the work was delayed due to the turbulent current and water level rise of the Padma River during the monsoon, he said.

“We have a plan to install all the nine spans on the pillars within the year“, Quader explained.

Earlier, the span installation works of the padma bridge was suspended for four months since from June 10 when 31st span was installed as rainy season and heavy current in the river hampered the construction works in schedule time.

The official, however, said that more two spans would also to be set up on the pillars—34th and 35th pillar will be installed on October 25 and October 30 respectively.

Altogether 81.5% of the bridge construction has reached completion so far. As of September 30, TK23,796.24 crore has been spent in the project and authorities currently estimate that the total cost would reach Tk30,193.39 crore.

Sinohydro Corporation of China has been awarded the work of two of the five major components of the project, including river training works, while China Major Bridge Engineering Construction Company was awarded the contract for constructing the bridge. 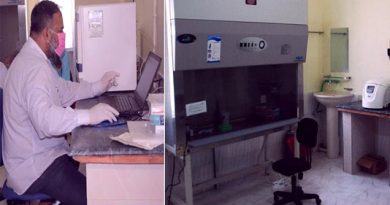