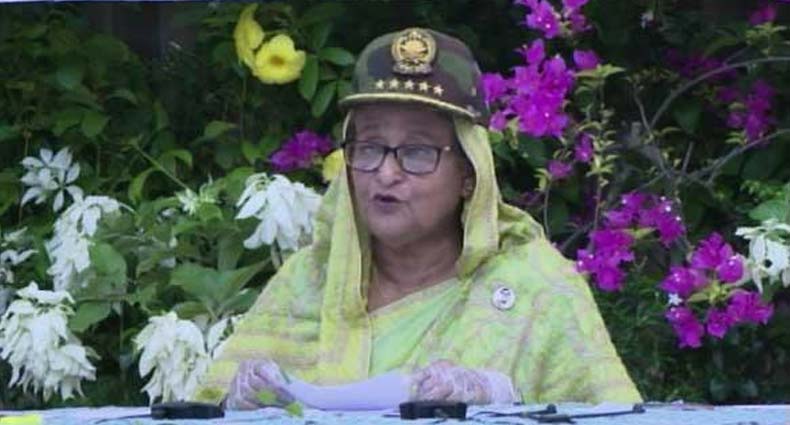 Prime Minister Sheikh Hasina on Sunday again directed government officials to refrain from the unnecessary expenditure of public money as she fears a second wave of COVID-19 might hit in the coming days.

“There’s an apprehension that COVID-19 pandemic might hit again, because many countries including [some in] Europe are suffering from this pandemic again. We all have to remain safe from now on,” she said at a programme where she handed-over the national standard to ten units and organisations of Bangladesh Army, reports UNB.

She joined the programme in Savar Cantonment virtually from her official residence Ganabhaban.

She said that the government has announced a budget of Tk 5,68,000 crore for the 2020-21 fiscal which was a very tough job due to the COVID-19 pandemic where many countries were suffering from severe economic constraints.

“We’ve given the budget defying all odds. We said that everyone has to remain cautious regarding expending public money, because if coronavirus hits again massively then we’ll need a huge amount of money, we’ll have to help the people again,” she said.

In this connection, Sheikh Hasina said that the government has to provide treatment, procure medicines, maybe more doctors and nurses will be needed.

“Considering these, we need to maintain austerity, we must not spend even a single paisa extra without any need. We’ve to take this step keeping an eye on the future,” she said.

The prime minister also put emphasis on continuing the production of food so that the food crisis does not hit Bangladesh.

She said that many countries are suffering from food shortage amid the coronavirus pandemic. “But in Bangladesh, we made the right decision at the right time. As a result, we aren’t facing that crisis,” she said.

Saying that there is an apprehension that coronavirus might hit again, the Prime Minister urged all to maintain food production like the previous times.

She briefly described various steps of the government taken at the initial stage of coronavirus in the country. “We all have to work so that we can face any sort of calamity,” she said.

The Prime Minister said that the Army is the asset of the country and the symbol of trust and confidence.

“If any army fails to gain the belief and confidence of people then they cannot win. So, you all have to attain honest and glorify life indulged with social and religious values and attain professional skill,” she said.

She asked the army personnel to perform their duties maintaining patriotism and highest professionalism. She said that as people of the country are their kith and kins, they have to work for their welfare.

Sheikh Hasina said that economic development and prosperity of the country are the main goals of the government which has been working restlessly towards that direction.

Earlier, army chief General Aziz Ahmed, on behalf of the Prime Minister, handed over the national standard to ten units and organisations of Bangladesh Army.

The Prime Minister said the government has taken all necessary steps to develop Bangladesh Army as capable of facing geopolitical and military challenges of the 21st century.

In this regard, she mentioned that the government has been implementing forces goal-2030 that was formulated following the Defense Policy of the Father of the Nation.

Praising members of the army for their integrity and responsibility in facing various natural disasters and humanitarian crises, she asked them to continue their efforts in the days ahead.

The Prime Minister also appreciated the role of the army in facing the COVID-19 pandemic and said the members of the army are lauded for creating mass awareness about coronavirus and setting up quarantine centres in the country.

Highlighting the contribution of the army in establishing world peace, she said, they are acclaimed by the international community for maintaining peace, stability and security in different parts of the world.

About the national standard, the Prime Minister said, it is a matter of dignity and pride for any battalion or unit of the forces to receive the national flag.

She termed the national flag as the symbol of independence, sovereignty and honour; and urged members of various battalions and units to uphold the trust and confidence of the people.

Earlier, the Prime Minister took salute of members of the Army through a video conference from Ganobhaban. 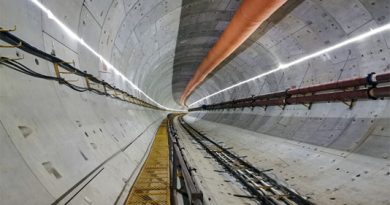 Karnaphuli tunnel to be ready for traffic by 2022 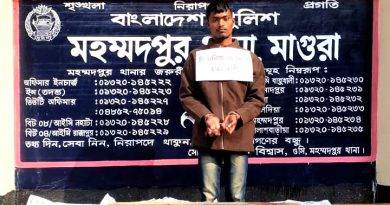 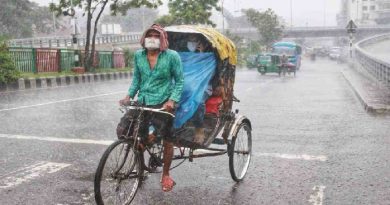