Entertainment
November 12, 2020November 12, 2020 omarmallick 0 Comments
Ashna Habib Bhabna starrer a short film titled ‘Mukh Asman’, scripted and directed by Animesh Aich and produced by Abu Shahed Emon, came into discussion among the viewers by virtue of Bhabna’s outstanding performance. Not only her colleagues but also many noted directors also appreciated her acting in the short film. As a result, now it has become a challenge for the actress to act in better story based works for the next time.
Bhabna’s third novel book titled ‘Golapi Jomin’ will be published in upcoming Ekushey Book Fair. Now editing of the book is going on. Tamrolipi will publish the book. Bhabna is thinking about how readers will accept her written upcoming novel. In the meantime, she also acted in Nurul Alam Atique’s movie ‘Lal Moroger Jhuti’. She is also thinking about how viewers will receive her role Podmo in the movie.
Now these three thoughts are being played in Bhabna’s mind. Bhabna said four years ago, she gave audition for acting in Nurul Alam Atique’s movie ‘Lal Moroger Jhuti’. She was selected in the audition for every role in Atique’s movie. Later, she was finalised to play the role of Podmo in the movie. According to director Atique, Podmo was the freedom-fighter in the movie.
While talking about her three thoughts of present time Bhabna said, “I am getting positive response for the short film ‘Mukh Asman’. I am also getting response from my fans, viewers, colleagues in media and also from noted directors for acting in the short film, which is really inspiring me. As usual, I am grateful to its director Animesh Aich.
Main theme of my upcoming novel is woman like previous two novels. Women’s life revolves in the story of the novel. I believe readers will enjoy my upcoming novel. My experience in Nurul Alam Atique’s movie was really superb. His acting direction is exceptional than others. I am very much satisfied to act in role of Podmo in the movie. I think viewers will enjoy my role in ‘Lal Moroger Jhuti’.” 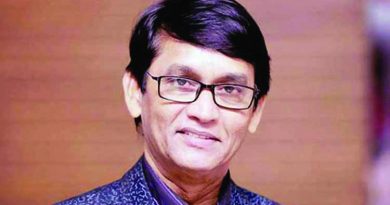 Hakim to carry on acting besides job | The Asian Age Online, Bangladesh 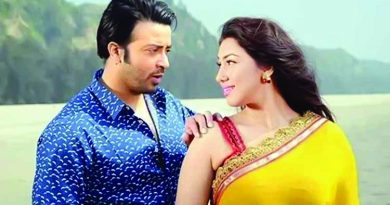 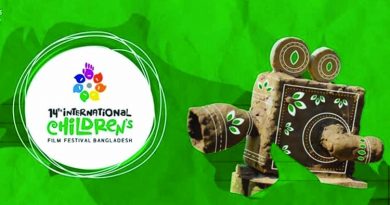