Entertainment
November 3, 2020November 3, 2020 omarmallick 0 Comments
This Mawlid An-Nabi (Islamic Celebration of the Holy Prophet Muhammad’s birthday), another of devotional songs by Kazi Nazrul Islam (1899-197) is rendered in Ishrak Hussain’s voice. This time, the singer-composer and devotee of Nazrul’s music is covering ‘Khodar Habib Holen Najil’ written more than half a century ago and reached the verge of extinction by the passage of time.
While Muslims all over the world raising their voice against the mocking of the Holy Prophet of Islam, Muhammad(PBUH), this Mawlid definitely has a greater spirit to hail the prophetic teaching and philosophy.Ishrak believes that in a time like this, it’s his duty as a Muslim musician and artist to bring traditional and classical pieces of poetry and music that represent the Islamic faith to light.
Ishrak Hussain is known as a successor of Nazrul’s music to his audience in Bangladesh and one of the youngest representative artists of Islamic, Spiritual. Religious music in many countries for his musical works on the virtual platforms. As religious music is always his main interest, he has already covered some of Kazi Nazrul Islam’s greatest Islamic songs, poems from the 20th century.
Some of the works are namely, “Tribhubon Er Prio Muhammad”, “Khodar Premer Sorab Piye”, “Muhammad Er Nam Jopechili” which got huge responses and compliments on the social media platforms, gaining millions of views.  The latest song, Mawlid-Special ‘Khodar Habib HolenNajil’ released on October 29 on all social media platforms owned by Ishrak.
“It’s an artistic expression of love and devotion I cherish for my faith and the most important human regarding my faith, (Peace be Upon Him). My religion is a path of love, peace, and tolerance. But even uncountable of non-Muslims adore and love Muhammad and it is the most wrong thing to insult anyone like him, I will keep spreading the arts that glorify him”, Ishrak says. 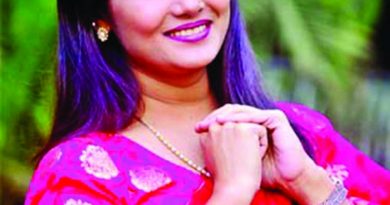