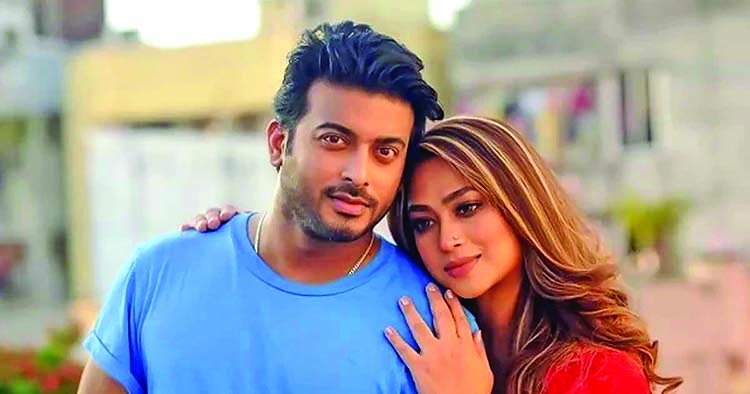 Entertainment
October 10, 2020October 10, 2020 omarmallick 0 Comments
National Film Award winning actress Poppy returned to Dhaka, after passing many days in her hometown, Khulna, due to Coronavirus.  After returning Poppy took part in a celebrity show on Channel i on her birthday. It was her first attachment in media after taking a long time break on the screen due to Corona pandemic. On that day, she was confirmed to work in a movie to be produced by Impress Telefilm Ltd. Title of the movie is ‘Bhalobasar Projapoti’.
Khalid Mahbub Turjo wrote story and script, while Raju Alim and Masuma Tani are giving direction of the movie. Shooting of the movie is going on at different locations in the capital now.Promising actor Shipon Mitra is acting against Poppy in the movie. Director Raju Alim is also acting against Poppy. Poppy, Shipon and Raju Alim will be seen in roles of Purba, Gourav and Sourav respectively in the romantic story based movie.
While talking about acting in the movie Poppy said, “On my birthday, when I attended a show on Channel i I was informed that I am going to work in a movie. It was really a nice gift for me to get the confirmation to act in the film. I have liked story and my character in the movie. As there is a female director, so I feel really comfortable to work in the film. It was my first work with Shipon in the big screen. Shipon is doing well now. I believe it will become a nice work between us.”
Shipon shared his feelings by this way, “Before working in this movie, I was fan of Poppy Apa. In the beginning of my acting career in the movie, I had dreamt to work with her because she is my favorite heroine. My dream came into true which I cannot express in a word. I am grateful to directors of the movie. I am really enjoying shooting with her.” Meanwhile, Shipon is also going to start shooting of Saidul Islam Rana’s movie ‘Birottwo’ soon. Salwa will act against him in the movie, Shipon also said. 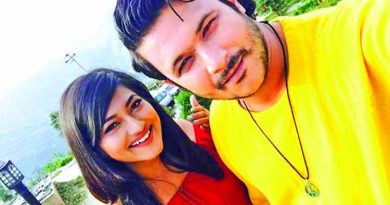