Entertainment
January 23, 2021January 23, 2021 omarmallick 0 Comments
Shooting for the film ‘Bangabandhu’, a biopic on Father of the Nation Bangbandhu Sheikh Mujibur Rahman, has begun.
The Muhurat Shoot was held at the Dadasaheb Phalke Chitranagari in Mumbai on Thursday, following all the Covid-19 protocols.
Veteran filmmaker Shyam Benegal is directing the biopic, which is being jointly produced by Bangladesh and India as part of the birth centenary celebration of the Father of the Nation of Bangladesh. Since the film is in Bangla language, Shyam Benegal wanted to cast actors accordingly. Bangladeshi film and television actor Arifin Shuvoo will play the role of Bangabandhu Sheikh Mujibur Rahman, while Nusrat Imrose Tisha will portray the role of Sheikh Fazilatunnesa. The role of Sheikh Hasina will be essayed by Nusraat Faria and Tauquir Ahmed will appear in the role of Sohrawardy, among others.
The first phase of shooting will take place in the Film City in Mumbai, which will go on for about 100 days. The second phase of the shooting will be held in Bangladesh, mostly filming the Muktibahini’s struggle for independence.
Atul Tiwari and Shama Zaidi have written the screenplay of the film, while Nitish Roy is the art director. Shantanu Moitra directs the movie’s music, and Akashdeep is the director of photography.
The MoU (Memorandum of Understanding) for production of this film was signed on January 14 last year, between the National Film Development Corporation (NFDC) and Bangladesh Film Development Corporation (BFDC). ‘Sherlock’ season 5 to premier on 2022 | The Asian Age Online, Bangladesh 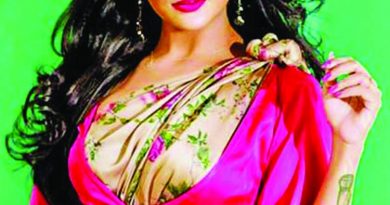