Bangladesh’s forex-fetching readymade garment industry had begun to show signs of revival with expectations of a surge in foreign orders before the Christmas after a huge slump in export. But it is now staring at loss again as a second wave of coronavirus infection has hit the US and Europe.

The apparel sector posted growth in export in August and September after several months but returned to the negative zone in October.

A drop in the product price against rising production costs has also hit the industry, according to the exporters. New work orders dropped in November and December in comparison with the same period last year, the entrepreneurs said.

“Of course, we are worried – we have to observe the situation with caution,” said Rubana Huq, president of garment exporters’ lobby Bangladesh Garment Manufacturers and Exporters Association or BGMEA.

Bangladesh exported garments worth $34 billion, or about 84 per cent of the total export earnings, in 2018-19.

With help from the government’s stimulus package to soften the blows of the pandemic and the restart of the economies, the sector began turning around, said analysts.

As the industry is facing more novel challenges now, the authorities should design a new plan evaluating the previous initiatives, the analysts said.

Bangladesh’s export earnings began to dip in March 2020, with RMG export dropping to $2.25 billion that from $2.82 billion in the same month last year, after the pandemic began in China in late 2019.

The factories were finally closed in late March with shipments halted. Garment exports plummeted by 85 per cent year on year to only $370 million in April.

Exports in the sector bounced back to growth in July and August bringing relief to the factory owners after a 6 per cent negative growth in June.

Garment exporters, however, are losing hope again with the 7.78 negative growth in October.

Woven garments could not be exported much in the first four months of the 2020-21 fiscal year, but the export of knit garments was significant.

Since early March, fashion brands have cancelled orders worth billions of dollars as COVID-19 shuttered stores worldwide, with lockdown imposed in Europe and other parts of the world even before the virus spread in Bangladesh.

The garment sector experienced unrest with workers hitting the streets in protest against layoffs and demanding dues.

After the factories were shut for some days amid the lockdown, they began to roll again following health protocols. Foreign buyers, too, started to issue work orders.

On average, male workers worked for 43 hours in April while the females worked for 42 hours, according to a field survey by South Asian Network on Economic Modelling (SANEM). Work hours began to increase in May and rose back to 246 hours in September, the same monthly level of 2019.

The government’s low interest loan, an initiative to support the factory owners for paying the workers their wages, helped them survive and turn around amid the pandemic.

The government gave Tk 75 billion to the owners in loans with only a 4 per cent interest rate enabling them to pay the workers’ wages. Later, it gave another Tk 30 billion as sought by the owners.

The factories drew almost half the offered funds to combat the economic crisis amid the pandemic, reports bdnews24.com. 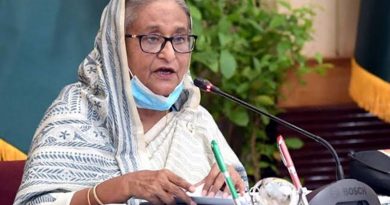