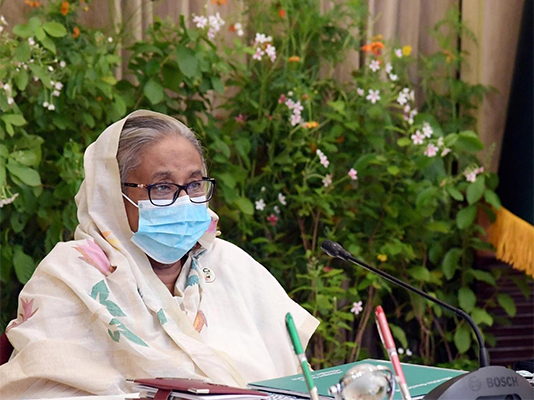 The Executive Committee of the National Economic Council (ECNEC) on Tuesday approved a total of four projects involving an overall estimated cost of Taka 796.45 crore, including a Taka 337.60 crore project for mouza and plot-based national digital land zoning in a bid to ensure proper land management at the field-level.

The approval came from the 10th ECNEC meeting of the current fiscal year (FY21) held with ECNEC Chairperson and Prime Minister Sheikh Hasina in the chair.

The premier chaired the meeting virtually from her official Ganobhaban residence while concerned ministers, state ministers and secretaries joined the meeting from the NEC Conference Room in the city’s Sher-e-Bangla Nagar area.

Of the approved four projects, three are new while the remaining one is a revised project.

Briefing reporters after the meeting, Planning Minister MA Mannan said, “Out of the total project cost of Taka 796.45 crore, Taka 623.65 crore will come from the government of Bangladesh while the rest Taka 172.80 crore as project assistance,”

Terming this national digital land zoning project as a ‘grand’ project, Mannan said there will be a digital database of land under this project and every plot will be characterized by its nature.

He said that Prime Minister Sheikh Hasina in the meeting opined that once this project is implemented properly, the land related disputes and other related incidents will come down significantly alongside the influence of the middlemen in this regard.

The premier also stressed the need for bringing the countrywide sub-registrar offices of land under the digital system to further ease the land registration process and thus reduce the sufferings of the service seekers.

Zakir said that satellite image will be used for this digital land zoning while the mouza maps will also be digitalized.

Regarding the project, the planning minister said Prime Minister Sheikh Hasina has asked the authorities concerned to ensure proper waste management at the bus terminals, train stations and river ports alongside ensuring proper management and disposal of medical waste.

Mannan said the Prime Minister also stressed the need for dredging properly the rivers and canals and other waterways since Bangladesh is a riverine country and goods can be transported through waterways with less cost.

Referring to the approval of Canal re-excavation project for addressing water logging at Begumganj, Chatkhil, Senbagh and Sonaimuri upazilas in Noakhali with Taka 71.87 crore, the planning minister said the premier stressed that both sides of the rivers and canals should have to be freed from the encroachers while the canals should be also freed from water hyacinth.

The other approved project in the meeting is Bhairab River Re-excavation (2nd phase) with Taka 237.56 crore. 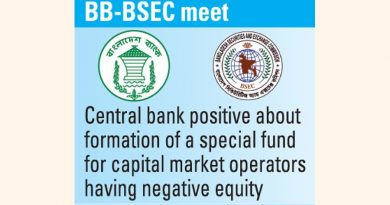 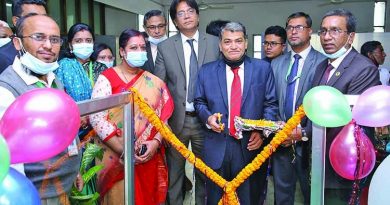