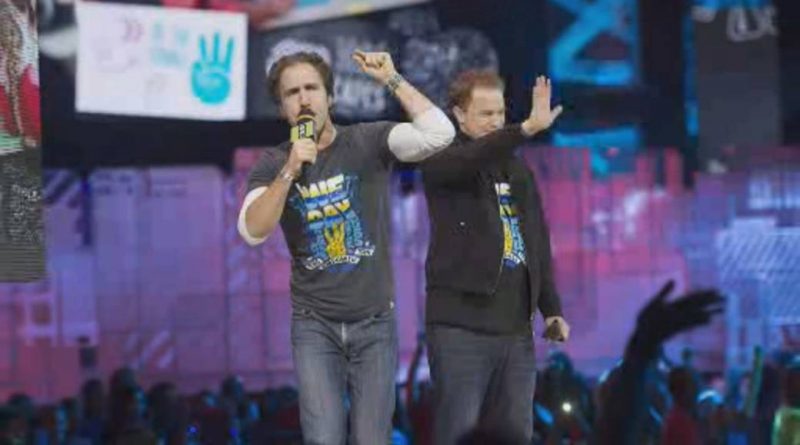 The controversy around WE Charity in Canada is opening the door to a public discussion about whether WE — and groups like it — actually help the African communities where they operate.

Firoze Manji, the former Africa program director for Amnesty International, said one of the big problems with groups such as WE is that they aren’t accountable to the people they claim to serve.

Read more:
WE Charity Canada says it could take a year to wind down, will still release documents

“They are accountable to self-appointed boards,” said Manji, who is originally from Kenya and is now a professor at Carleton University’s Institute of African Studies. “The mythology is that they are going to fight poverty. The problem with that proposition, although it sounds very good, is that they don’t deal with the causes of impoverishment.”

On Sept. 9, WE Charity said it would wind down its Canadian operations, but its for-profit affiliate, ME to WE, will remain active, as will WE Charity in the United States and the United Kingdom.

The charity’s programs in countries such as Kenya, Tanzania and Ecuador will continue “as long as possible” the organization has said.

2:11
Trudeau responds to WE deal after charity closes Canadian operations

Trudeau responds to WE deal after charity closes Canadian operations

The precise extent and impact of those overseas programs is not easy to discern. It is clear from financial statements released by the organization and tax filings that WE’s soon-to-be-shuttered Canadian programs are by far the charity’s largest. In 2019, WE Charity Canada had total revenue of $65.9 million and expenses of just under $68.2 million.

In some years, its U.S. arm has sent more money to Canada than it sent to any country in Asia, Africa or Latin America or spent on domestic programming.

In the 2019 financial year, for example, U.S. tax filings show WE Charity U.S. spent US$7.6 million on domestic programs and US$18.8 million on “grants and other assistance to foreign organizations” — of which US$10.8 million went to WE Charity Canada.

In 2018, WE Charity U.S. spent US$5.8 million on domestic programing with another US$6 million going to Canada. That year US$8.5 million went to Asia, Africa and Latin America.

Read more:
WE Charity closing operations in Canada, Kielburger brothers to step down

WE Charity said the money was sent to the Canadian office to reimburse it for work done on programs that were delivered in the United States. Staff in the organization’s Global Learning Centre in Toronto “create learning curricula, organize and deliver digital programming, carry out program development, and conduct measurement and evaluation work for operations in both Canada and the U.S.,” WE said in an emailed response to The Canadian Press.

Outside of North America, Kenya was the biggest recipient of money from WE Charity U.S.

WE did not make a representative available for an interview, but in an emailed response it included a quote attributed to the governor of Kenya’s Narok County. “I can confidently say that no NGO has done more to benefit Kenya than WE Charity,” Samuel K. Tunai is quoted as saying.

Other Kenyans have a different impression.

Karuti Kanyinga, the director of the Institute for Development Studies at the University of Nairobi said he isn’t familiar with WE Charity or Free the Children, the organization’s former name.

With more than 10,000 NGOs operating in Kenya, he said it’s “difficult to keep track of what any of them is doing, except if it is involved in huge advocacy work or is one of the big ones with a lot of resources to impact change at the national level.”

WE Charity doesn’t appear on a list of the 50 NGOs that spend the most on programs in Kenya, released in the 2018-19 annual report of Kenya’s Non-Governmental Organizations Co-ordination Board. All NGOs operating in Kenya are required to submit reports to the board.

WE said allocations from its international program “are deployed in several ways, often directly from Canada, such that the spending may not show up as coming from the charity in Kenya itself.” The organization said it also purchases medical supplies in Canada and the U.S. to send to Kenya.

Read more:
WE Charity says it’s closing up in Canada. How will that impact the probes underway?

Those same tax filings show WE having just one employee, contractor or agent in six of the seven countries outside North America where it has operations. In the seventh, Ecuador, none is listed. Canada was listed as having more than 200 employees at the time.

WE said it appoints a senior employee in each country to lead and oversee local operations, but it said the tax filings don’t tell the whole story.

“To be clear, the team is not just a ‘single employee’ in each country, but rather one formal representative is assigned per country to be responsible for oversight and working with local staff,” it said.

Other Kenyans say WE — and its for-profit affiliate ME to WE — are better known for bringing North American and European Celebrities to the country than for development work.

Grace Kerongo an editor at The Star, a national newspaper based in Nairobi said she only heard about WE — then known as Free the Children — because of the celebrities it brings to Kenya.

“The impact of charitable activities is not that felt or known, besides what’s on their website,” she said in an email.

1:23
NDP leader Singh says WE Charity’s shut down of Canadian operations highlights it was in ‘need of a bailout’

One of WE’s focuses has been so-called voluntourism, a practice where people from countries like Canada — usually youth — pay to volunteer overseas. ME to WE, WE Charity’s for-profit affiliate, is an operator of voluntourism trips.

There have been calls in several African countries to ban the practice, which Rosebell Kagumire, a Ugandan writer and activist, said is based on racist stereotypes. Unskilled young people who come to African countries thinking they can solve local problems are “high on white supremacy,” Kagumire said.

WE didn’t answer specific questions about claims that voluntourism is racist, but it defended the practice.

“Like any aspect of international development, offering trips to developing communities can be done poorly, or provide a great benefit to both communities and travellers alike,” the organization said. “When done properly and in partnership with communities, trips can be beneficial by providing organizational transparency, allowing for cultural immersion and by creating local jobs through tourism and hosting of travellers.”

Kagumire maintains that voluntourism doesn’t help to address the larger systematic problems that have led to widespread poverty in Africa: “It’s not like people can’t build their own schools, but even if you build it, what is the system that’s prevailing?”

Similar concerns to Kagumire’s have been raised in Canada.

In her 2017 master’s thesis, which analyzed the way ME to WE markets to Canadian youth, then University of Ottawa student Kelsey Buchmayer found that the organization reinforced negative stereotypes about the people in the countries where it organizes trips.

“ME to WE’s brand of voluntourism positions ways of ‘saving’ and ‘helping’ people at the expense of more sophisticated development approaches that foster partnership, sustainability, long-term support, and capacity building,” she wrote.

3:06
WE Charity closing operations in Canada

WE Charity closing operations in Canada

Without strong government policies around education and community mobilization, she added, “the very nature of the ‘development work’ completed by ME to WE is problematic and unlinked to development outcomes.”