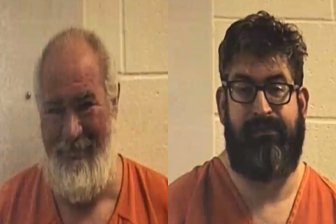 Washington imposed sanctions on Friday on a Russian research institute tied to the development of a dangerous computer program capable of causing catastrophic industrial damage, a move that Russia called illegitimate.

The U.S. Treasury Department alleged that the Russian government-backed Central Scientific Research Institute of Chemistry and Mechanics – also known by its Russian acronym, TsNIIKhM – was responsible for “building customized tools that enabled the attack” on an unidentified petrochemical facility in the Middle East in 2017.

The attack electrified the cybersecurity community when it was made public by researchers that year because – unlike typical digital intrusions aimed at stealing data or holding it for ransom – it appeared aimed at causing physical damage to the facility itself by disabling its safety system.

Nathan Brubaker, an analyst with cybersecurity company FireEye – which discovered the software involved – said the apparent intent made it uniquely dangerous because disabling safety systems at a plant like that one could lead to serious consequences, such as a fire or an explosion.

“The acute nature of the threat is what makes it scary,” Brubaker said. “Blowing things up and killing people – that’s terrifying.”

Treasury also said last year the attackers behind the malware were reported to be scanning and probing at least 20 electric utilities in the United States for vulnerabilities.

“We emphasize once again the illegitimacy of any one-sided restrictions. Russia, unlike the United States, does not conduct offensive operations in cyber domain,” Anatoly Antonov, Russia’s ambassador to the United States, said on social media.

“We call on the United States to abandon the vicious practice of unfounded accusations.”

U.S. officials have been on a tear in the past month, filing a glut of indictments against hackers in Russia, China and Iran, levying sanctions, and issuing several warnings about state-backed digital intrusions.

Experts see the activity as the United States warning hostile powers to not interfere in its Nov. 3 elections, less than two weeks away.