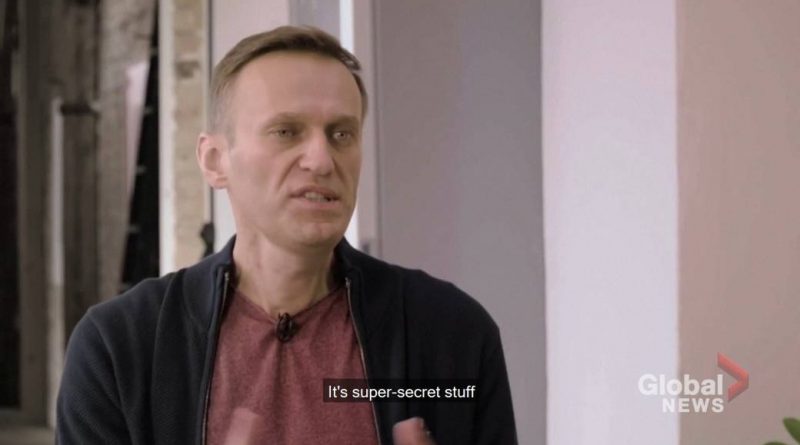 
A Russian man accused of the downtown Berlin daylight murder of a Georgian on Moscow’s orders was going on trial Wednesday, in a case that has contributed to growing friction between Germany and Russia.

Vadim K., alias Vadim S., is accused of being contracted by “state agencies of the central government of the Russian Federation” to carry out the killing in a small park only a few hundred meters (yards) from the Berlin district court where his trial is being held, according to the indictment.

The 55-year-old suspect’s full name was withheld in line with German privacy laws but has been widely reported as Vadim Krasikov, who used the alias Vadim Sokolov at the time of the Aug. 23, 2019 slaying.

If the allegations against him are proved in court, the case has the potential to exacerbate tensions between Moscow and Berlin, which have also been fueled by allegations of Russian involvement in the 2015 hacking of the German parliament and the theft of documents from Chancellor Angela Merkel’s own office, as well as the poisoning of Russian opposition leader Alexei Navalny.

Navalny fell ill on a flight in Russia on Aug 20. He was later transferred on Merkel’s personal invitation to Berlin’s Charite hospital, where doctors concluded he had been poisoned by a Soviet-era nerve agent.

After Merkel confronted Putin about the killing at a meeting in Paris in December, the Russian leader called the victim, Zelimkhan “Tornike” Khangoshvili, a “bandit” and a “murderer,” accusing him of killing scores of people during fighting in the Caucasus.

The growing acrimony between the two countries comes at a delicate time, as Germany and Russia continue to push together for the completion of a joint pipeline project to bring Russian gas directly to Germany under the Baltic, and work to try and salvage a nuclear deal with Iran that has been unraveling since President Donald Trump pulled the United States out of it unilaterally in 2018.

Khangoshvili was a Georgian citizen of Chechen ethnicity who fought Russian troops in Chechnya. He had also volunteered to fight for a Georgian unit against the Russians in South Ossetia in 2008, but peace was negotiated before he took part. He had previously survived multiple assassination attempts and continued to receive threats after fleeing in 2016 to Germany where he had been granted asylum.

Prosecutors allege the killer approached Khangoshvili from behind on a bicycle in the small Kleiner Tiergarten park, shooting him twice in the torso with a silencer-fitted handgun. After Khangoshvili fell to the ground, the suspect fired two fatal shots into his head.

0:52
Police looking for suspects after two people killed in shooting in east Germany

Witnesses saw the suspect disposing of the bike, weapon and a wig in the Spree River as he fled the scene and alerted police, who quickly identified and arrested him.

In their indictment, prosecutors allege there is ample evidence indicating official Russian involvement in the crime.

German investigators used facial recognition techniques to match the suspect to a photograph Russia had sent partner agencies in 2014 as it sought help finding Vadim Krasikov in connection with a killing in Moscow. That request was cancelled on July 7, 2015, and a person with the identity of Vadim Sokolov first appears on Sept. 3, 2015, with a Russian passport.

Read more:
Russia says Germany has given them no evidence of Navalny poisoning

On July 18, 2019, Vadim S. obtained a new passport from an official office in the Russian city of Bryansk, which he used to apply for a French visa at the general consulate in Moscow, prosecutors said.

Russian authorities confirmed the suspect’s passport, found on him at the time of his arrest, was valid, prosecutors said.

He was granted the visa and flew on Aug. 17, 2019, from Moscow to Paris. In his visa application, prosecutors said the suspect claimed to work for a St. Petersburg firm known as Zao Rust.

Investigators found that Zao Rust had only one employee in 2018 and on April 10, 2019, was listed as being in “reorganization.” The company’s fax number was one used by two firms that are operated by the Russian Defence Ministry, prosecutors said.

He left Paris on Aug. 20 and flew to Warsaw where he had a hotel booked until Aug. 25. Upon arrival, he extended his room to Aug. 26, but left at 8 a.m. on Aug. 22 and never returned, prosecutors said.

It is not clear, they said, what he did between his departure from the hotel and the killing in Berlin at 11:55 a.m. on Aug. 23.

The trial is currently scheduled through Jan. 27. 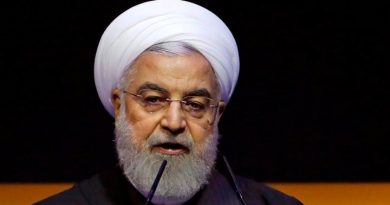