Bolivia’s Luis Arce will be inaugurated as president on Sunday, capping a tumultuous period for the Andean nation and ushering the socialists back into power after long-term leftist leader Evo Morales was ousted amid angry protests late last year.

Arce, 57, will be sworn in during a ceremony in La Paz, with heads of state from Argentina, Paraguay, Colombia and Spain in attendance, as well as senior officials from Chile, Iran and from the government of Venezuela’s Nicolas Maduro.

The unassuming former economy minister, feted as the architect of Bolivia’s rapid growth under Morales, will come into power trying to heal the divisions of a political crisis and the coronavirus pandemic.

Tensions have remained high, especially over changes made by the socialist-controlled Congress to lower the majority needed to pass new laws and the planned return of Morales from exile in Argentina where he has lived since leaving Bolivia last year.

Morales, who led the country for almost 14 years as the first indigenous president, sparked a widespread backlash last year when he ran for an unprecedented fourth term in the face of term limits and a national referendum.

After claiming victory in that election, Morales was eventually forced to resign after angry protests, and the police and military eventually dropping their support for him. He fled the country shortly afterward.

Arce, who was handpicked by Morales and is a close ally, has said that the former president will play no role in his government. Morales is expected to cross back into Bolivia on Monday before proceeding to his rural stronghold in Chapare.

As economy minister, Arce promoted nationalizing strategic sectors such as hydrocarbons and energy, and pushed domestic production with public investments and subsidies, which helped Bolivia grow at one of the fastest rates in Latin America. 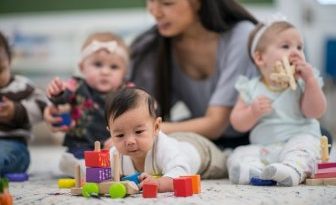 Over phone, Trump tells Pennsylvania hearing U.S. election must be ‘turned around’ – National