An Iranian scientist who Israel alleged led the Islamic Republic’s military nuclear program until its disbanding in the early 2000s was killed in a targeted attack that saw gunmen use explosives and machine gun fire Friday, state television said.

Iran’s foreign minister alleged the killing of Mohsen Fakhrizadeh bore “serious indications” of an Israeli role, but did not elaborate. Israel declined to immediately comment, though Israeli Prime Minister Benjamin Netanyahu once called out Fakhrizadeh in a news conference saying: “Remember that name.”

Israel has long been suspected of carrying out a series of targeted killings of Iranian nuclear scientists nearly a decade ago.

The killing risked further raising tensions across the Mideast, as just a year ago Iran and the U.S. stood on the brink of war. It comes just as U.S. president-elect Joe Biden stands poised to be inaugurated in January and likely complicates his efforts to return America to the Iran nuclear deal aimed at ensuring the country does not have enough highly enriched uranium to make a nuclear weapon.

That deal, which saw Iran limit its uranium enrichment in exchange for the lifting of economic sanctions, has entirely unraveled after U.S. President Donald Trump withdrew from the accord in 2018.

Trump himself retweeted a posting from Israeli journalist Yossi Melman, an expert on the Israeli Mossad intelligence service, about the killing. Melman’s tweet called the killing a “major psychological and professional blow for Iran.”

State TV said Fakhrizadeh was attacked by “armed terrorist elements.” He died at a local hospital after doctors and paramedics tried and failed to revive him.

The semi-official Fars News Agency, believed to be close to the country’s Revolutionary Guard, said the attack happened in Absard, a small city just east of the capital, Tehran. It said witnesses heard the sound of an explosion and then machine-gun fire. The attack targeted a car that Fakhrizadeh was in, the agency said.

Those wounded, including Fakhrizadeh’s bodyguards, were later taken to a local hospital, the agency said.

State television on its website later published a photograph of security forces blocking off the road. Photos and video shared online showed a Nissan sedan with bullet holes through the windshield and blood pooled on the road.

No group immediately claimed responsibility for the attack. However, Iranian media all noted the interest that Netanyahu had previously shown in Fakhrizadeh.

Hossein Salami, chief commander of the paramilitary Guard, appeared to acknowledge the attack on Fakhrizadeh.

“Assassinating nuclear scientists is the most violent confrontation to prevent us from reaching modern science,” Salami tweeted.

Hossein Dehghan, an adviser to Iran’s supreme leader and a presidential candidate in Iran’s 2021 election, issued a warning on Twitter.

“In the last days of their gambling ally’s political life, the Zionists seek to intensify and increase pressure on Iran to wage a full-blown war,” Dehghan wrote, appearing to refer to Trump. “We will descend like lightning on the killers of this oppressed martyr and we will make them regret their actions!”

Not the first targeted killing this year

Fakhrizadeh led Iran’s so-called “Amad,” or “Hope” program. Israel and the West have alleged it was a military operation looking at the feasibility of building a nuclear weapon in Iran. Tehran long has maintained its nuclear program is peaceful.

The head of the UN atomic watchdog agency earlier this month confirmed reports that Iran has begun operating centrifuges installed underground at its Natanz facility. Iran has also been continuing to enrich uranium since Trump’s decision to pull America out of the multilateral deal, called the Joint Comprehensive Plan of Action.

The killing comes just days before the 10-year anniversary of the killing of Iranian nuclear scientist Majid Shahriari, which Tehran also blamed on Israel. Those targeted killings came alongside the so-called Stuxnet virus, believed to be an Israeli and American creation, that destroyed Iranian centrifuges

It is also not the first targeted killing connected to Iran this year. Abdullah Ahmed Abdullah, al-Qaeda’s second-in-command, accused of helping to mastermind the 1998 bombings of two U.S. embassies in Africa, was killed in Iran in August by Israeli operatives acting at the behest of the United States, the New York Times reported earlier this month, citing intelligence officials.

It was unclear what, if any, role the United States had in the killing of the Egyptian-born militant, the Times said. U.S. authorities had been tracking Abdullah and other al-Qaeda operatives in Iran for years, the newspaper said.

In January, prominent Revolutionary Guard general Qassem Soleimani and Abu Mahdi al-Muhandis, deputy commander of Iran-backed militias in Iraq known as the Popular Mobilization Forces, were among seven killed in a drone strike in Baghdad.

The UN’s human rights expert issued a report calling the drone strike a “watershed” event in the use of drones and amounted to a violation of international law.

U.S. Secretary of State Mike Pompeo slammed that report, stating the operation was in “response to an escalating series of armed attacks in preceding months by the Islamic Republic of Iran and militias it supports on U.S. forces and interests in the Middle East region.” 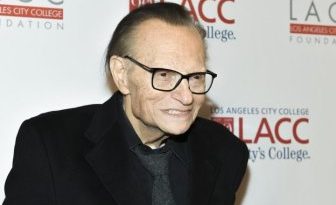