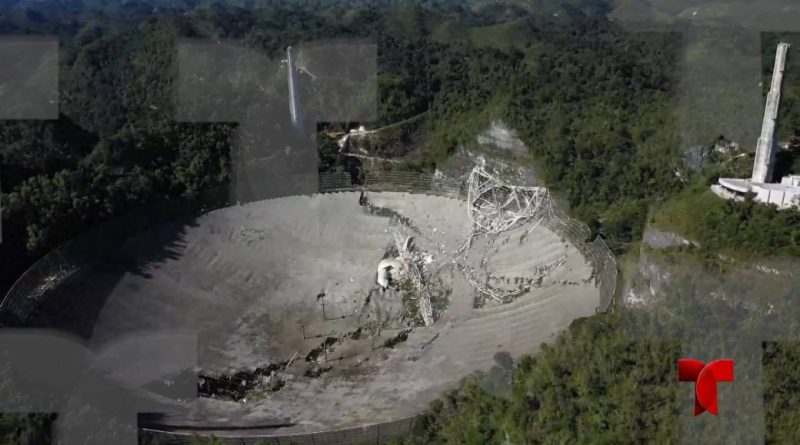 Dramatic video from Puerto Rico captures the moment when a 816-tonne platform came crashing down on the Arecibo Observatory, shattering one of the world’s largest telescopes and striking a crushing blow to the global scientific community.

The catastrophic collapse happened on Dec. 1, less than two weeks after the U.S. National Science Foundation (NSF) warned that such a disaster was imminent. The NSF had already shuttered operations at the facility after a suspension cable snapped and slashed a hole in the dish last month.

The telescope was the largest of its kind when it opened in 1963, and it has contributed to all manner of astronomical discoveries over the years, from asteroids to planets to mysterious radio signals in space. It also won a place in pop culture as the set for such films as Contact and GoldenEye, the first James Bond movie starring Pierce Brosnan.

The observatory’s telescope consisted of a 816-tonne reflector dish platform suspended 137 metres above a massive, bowl-like dish, which measured 305 metres across.

Suspension cables holding up the platform snapped on Dec. 1, dropping the heavy platform on the dish with a tremendous crash.

Video captured by the Arecibo control tower shows one of the three major cables snapping, causing the platform to swing down on the remaining cables before snapping them, too.

The footage shows the reflector dish platform falling apart in mid-air, while dragging down several support towers behind it.

Drone footage captured from one of the support towers shows the moment when the first cable snapped. The cable snapped at the tower, then the whole structure came crashing down, pulling other towers with it and cracking the bowl of the telescope. Large clouds of dust rose from the bowl after the catastrophe.

Read more:
Mysterious radio signal from space traced to ‘zombie’ in our galaxy

Jonathan Friedman, who worked for 26 years at the facility and still lives nearby, described the awful sound of the collapse in an interview with the Associated Press.

“It sounded like a rumble. I knew exactly what it was,” he said. “I was screaming. Personally, I was out of control. … I don’t have words to express it. It’s a very deep, terrible feeling.”

Many scientists, Puerto Rico residents and other public figures mourned the telescope’s loss after it was closed, and again after it collapsed.

Ángel Vázquez, the telescope’s director of operations, said it was no surprise when the telescope fell apart early Tuesday.

“It was a snowball effect,” he said. “There was no way to stop it. … It was too much for the old girl to take.” 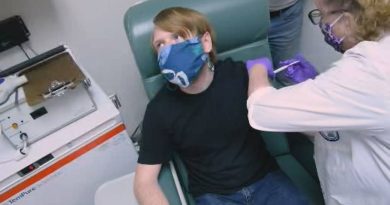