Alberta — which reported 1,115 new cases and 16 additional deaths on Tuesday — is temporarily banning indoor private social gatherings and moving all students in Grade 7 and above to at-home learning.

Kenney, who has not ruled out the possibility of further restrictions in the weeks ahead, said Tuesday’s measures were needed to keep the province’s health-care system from being “overwhelmed” and to protect the vulnerable.

“They are also needed to protect Albertans from the health, social and economic damage that a crushing lockdown would inflict.”

But some in the province were quick to criticize Tuesday’s orders, saying they didn’t go far enough. Mike Parker, president of a major union of health-care workers, called the measures “inadequate” and took issue with Kenney’s leadership, saying the premier “continues to put business interests ahead of the well-being of all Albertans.”

Dr. Joe Vipond, a Calgary emergency room physician and co-founder of Masks4Canada, told CBC News Network on Wednesday that measures like the ones rolled out on Tuesday are too little, too late.

“Now that our house is on fire, throwing a couple of buckets on it is not going to put it out” Vipond said. “It’s a five-alarm fire.” 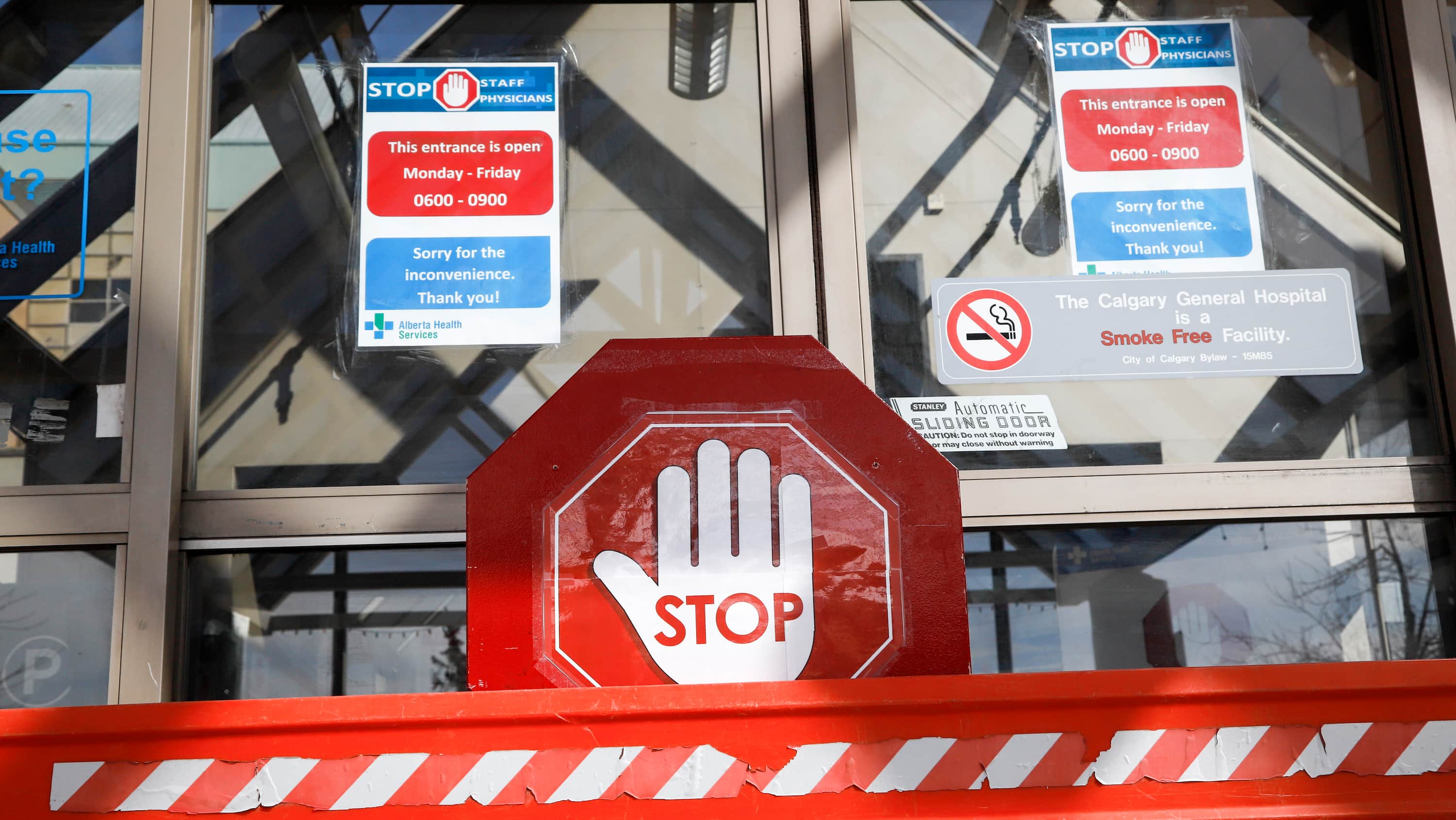 ‘It’s very scary what’s happening out there,’ says Toronto respirologist Dr. Samir Gupta. He says the rising coronavirus caseload means sick people are at ‘high risk’ of being turned away from the ICU.   1:27

Health officials in B.C. had already introduced a mask requirement for indoor public spaces and new rules around social gatherings, but on Tuesday they also moved to temporarily ban indoor group fitness activities.

“We need to slow the spread of COVID-19 in our province and that needs to happen now,” Provincial Health Officer Dr. Bonnie Henry and Health Minister Adrian Dix said in a statement. “That is why we have paused all gatherings, events and indoor group fitness activities.”

The vast majority of the new cases in B.C. were in the Fraser Health region, which includes major cities like Surrey and Burnaby. As of Tuesday there were 7,732 active cases of COVID-19 in the province and 284 people in hospital, with 61 in intensive care.

Saskatchewan reported 175 new cases of COVID-19 on Tuesday, bringing the number of active cases in the province to 2,927. Premier Scott Moe and the province’s chief medical health officer are expected to announce new restrictions later Wednesday.

Ontario is expected to provide guidance Wednesday on how people should handle the upcoming holiday season amid the coronavirus pandemic. Toronto and Peel Region are currently under the grey, or lockdown, level in the province’s tiered COVID-19 alert system, with those restrictions to stay in place at least until the week of Christmas.

WATCH | Toronto pub offering free meals to those in need: 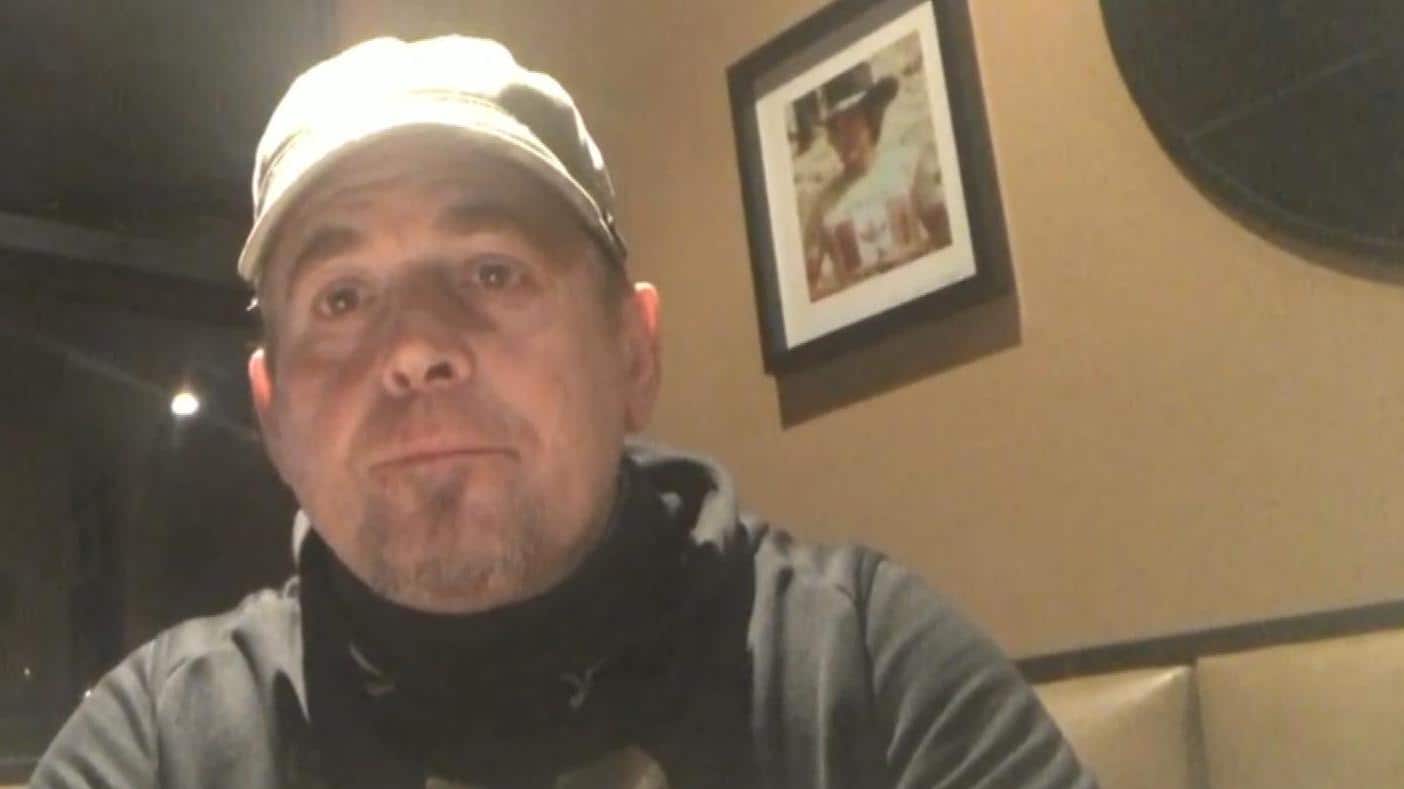 The Dizzy Gastro Sports Pub in Toronto’s west end is offering free meals to people who are struggling financially because of the COVID-19 pandemic. Owner Chris Murie expects more people to be looking for help as government benefits wind down. 6:03

The tough new rules have sparked outcry from some small business owners, who argue they unfairly clamp down on small retailers while big-box stores that sell essentials like groceries are still allowed to sell “non-essential” products.

Ontario reported 1,373 cases of COVID-19 on Wednesday, with 445 in Toronto and 415 in Peel Region. Health officials reported 35 additional deaths, bringing the cumulative death toll in the province to 3,554.

The number of people with COVID-19 in the province’s hospitals stood at 523, with 159 in intensive care, according to a provincial dashboard.

Quebec, which has seen the most cases of any province to date, recently provided its own guidance around Christmas.

Premier François Legault has said that people in that province can attend up to two social gatherings (with a maximum of 10 people in attendance at each event) from Dec. 24 to 27. People who plan on attending these gatherings are also asked to quarantine a week before and a week after.

Quebec reported 1,100 new cases of COVID-19 on Wednesday and 28 additional deaths. Hospitalizations stood at 655, with 93 in intensive care, according to a provincial dashboard.

Manitoba Premier Brian Pallister, meanwhile, urged people to be “very, very observant” of the province’s public health guidelines over the holidays. He waded into the broader debate about how to handle the holiday season this week, calling Quebec’s plan “dangerous.”

In Atlantic Canada, where a travel bubble that tied the provinces together has been temporarily popped, Nova Scotia‘s premier is once again urging people to “stay the blazes home.”

After announcing 37 new COVID-19 cases on Tuesday — the most the province has seen since late April — health officials put forward new regulations that will see a range of closures in the Halifax area beginning later this week. Restaurant dining rooms will close, as will public spaces like libraries, casinos and recreation centres.

“If you haven’t woken up to the second wave, this is your wake-up call,” Premier Stephen McNeil said.

WATCH | N.S. cracks down on Halifax to stop COVID-19 surge: 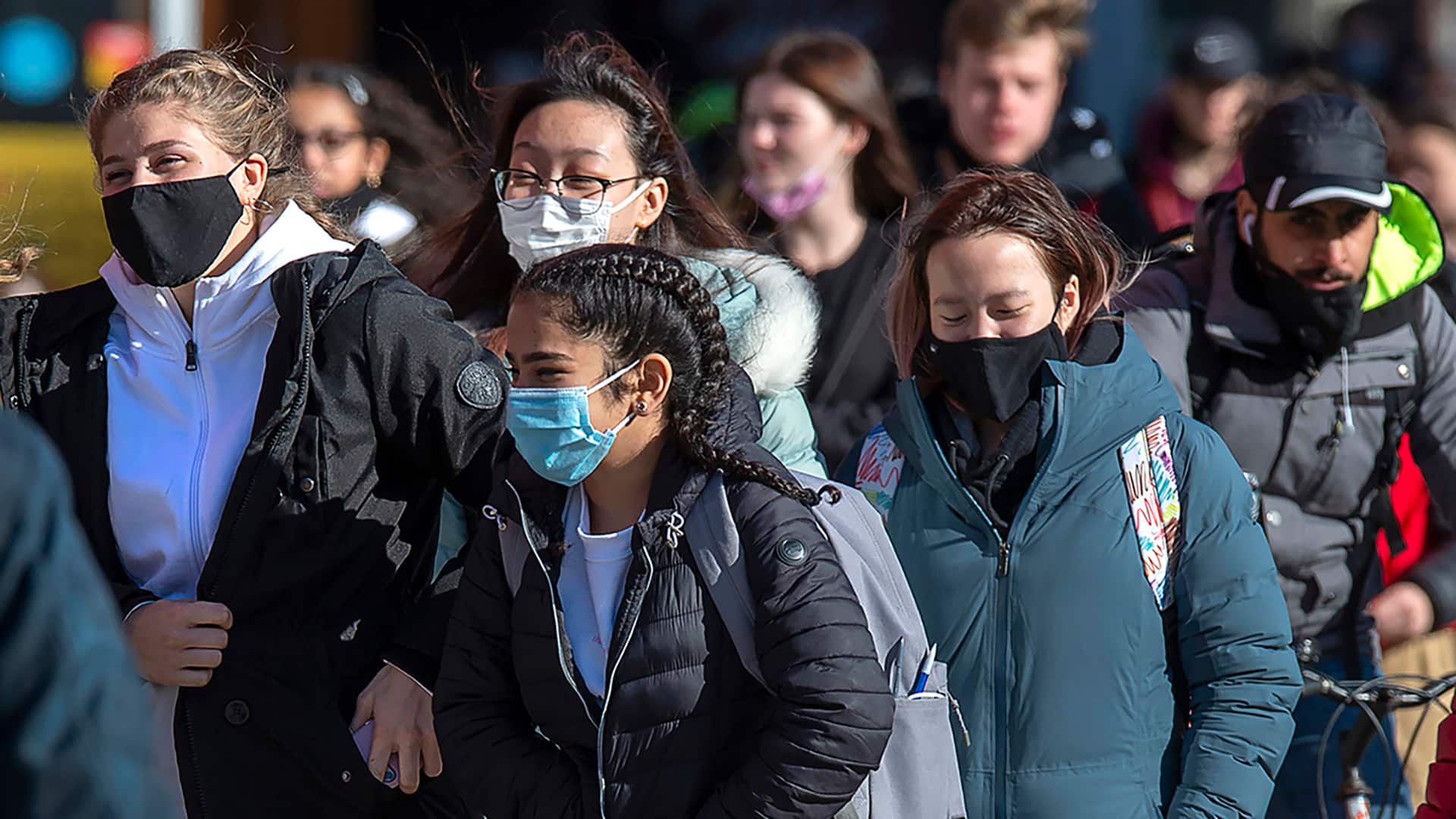 Nova Scotia is responding to a recent surge in COVID-19 cases with new restrictions focused on the Halifax area and a massive push for rapid testing regardless of symptoms. The goal is to find every case and preserve the relative safety the province has enjoyed for months. 1:57

In the North, Nunavut reported 11 new cases of COVID-19 on Wednesday, bringing the number of active cases in the territory to 153. There were no new confirmed cases reported in Yukon or the Northwest Territories on Tuesday.

From The Associated Press and Reuters, last updated at 11:50 a.m. ET

As of early Wednesday morning, there were more than 59.9 million reported cases of COVID-19 worldwide, with more than 38.3 million of those listed as resolved or recovered, according to a coronavirus tracking tool maintained by Johns Hopkins University. The global death toll stood at more than 1.4 million.

In the Americas, U.S. president-elect Joe Biden will give a speech on Wednesday highlighting the challenges facing Americans as the Thanksgiving holiday approaches and the country faces a surge in coronavirus infections.

Although White House officials are pushing Georgia to do more to slow the spread of the coronavirus, Gov. Brian Kemp said Tuesday that the responsibility rests with individual Georgians, as he implored them to take precautions over Thanksgiving.

In Minnesota, a surge of COVID-19 cases throughout the state is affecting staffing levels at many nursing homes and assisted-living facilities. That’s forcing the state to send the National Guard to help out in some homes, while the administration is also asking state employees to consider volunteering in facilities with critical staff shortages.

The Star Tribune reported Wednesday that Minnesota Department of Health data shows 90 per cent of the state’s nursing homes and 58 per cent of assisted-living facilities have active outbreaks.

Minnesota Health Commissioner Jan Malcolm said Tuesday that 47 long-term care facilities are in “a crisis staffing situation” and are receiving active support from the state, including help from federal health nurses.

Gov. Tim Walz’s administration is also taking the unusual step of emailing all state employees and asking them to consider volunteering for two-week stints in long-term care facilities, particularly in greater Minnesota.

In the Asia-Pacific region, Singapore, which once had the highest COVID-19 rate in Southeast Asia, said it was nearly virus-free and Australia’s most-populous state eased restrictions, while Tokyo will urge bars and restaurants to operate with shortened hours.

WATCH | Some Canadians in Australia favour an aggressive approach to COVID-19: 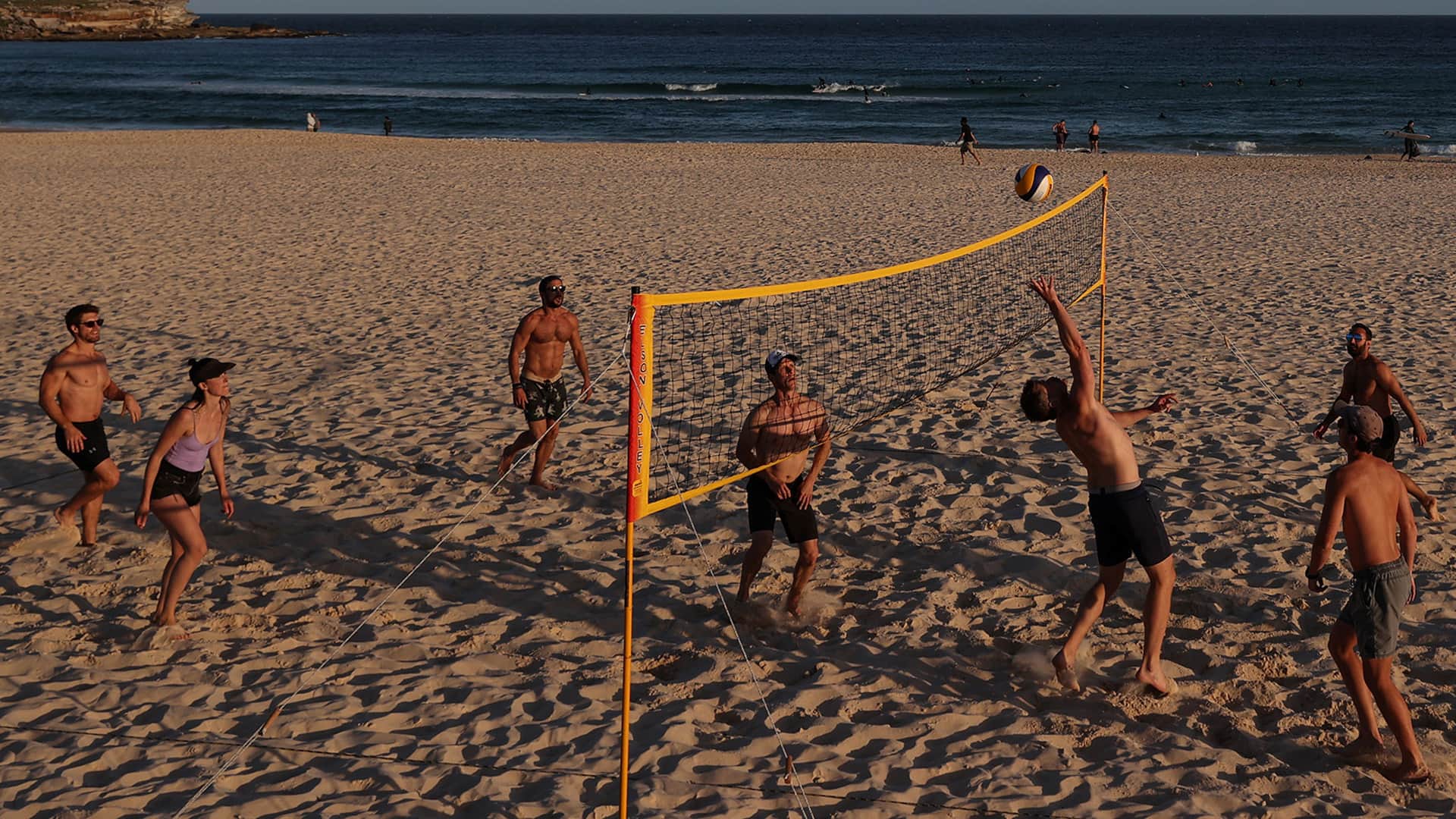 Australia became one of the few countries in the world, and one with many similarities to Canada, to beat back a second wave of COVID-19 and bring its case count near zero. 5:13

South Korea said 60 new army recruits at a boot camp have tested positive for the coronavirus, the military’s largest cluster infection. The Defence Ministry said in a statement the recruits had been taking basic training at an army unit in Yeoncheon, a town near the tense border with North Korea, at the start of their 18 months of mandatory military service.

It said more tests are underway to determine whether 860 other recruits and troops at the Yeoncheon unit have been infected with the virus too.

In Europe, Germany reported a record 410 COVID-19 deaths over 24 hours just before federal state leaders and Chancellor Angela Merkel were due to discuss an extension of pandemic-related restrictions into December and for the Christmas and New Year holidays.

France will start easing curbs this weekend so people will be able to spend the holiday with their families, and said a vaccine could start being administered by the year-end if approved by regulators.

Spain’s Prime Minister Pedro Sanchez said on Wednesday that his government was considering limiting Christmas celebrations to six people in an effort to curb the spread of the coronavirus.

Health experts and scientists have advised that six is a sufficiently low number to help stop the virus, Sanchez said, adding that the final details of the restrictions will be negotiated with regional authorities.

In the Middle East, Israel’s central bank urged the government to approve a 2021 state budget as soon as possible to avoid further fiscal restraint when the economy needs stimulus to weather the crisis.

Iran registered on Wednesday a daily record high of 13,843 new cases, the health ministry said, pushing the national tally to 894,385 in the Middle East’s worst-hit country.

The World Health Organization said the coronavirus pandemic has “slowed down” in the past week although death rates continued to rise, with more than 67,000 new deaths reported.

The UN health agency said in its latest epidemiological update Wednesday that even though there was a “downward trend” in the number of cases in Europe, the region still has the biggest proportion of new cases and deaths globally. WHO noted that Africa reported the highest increase in new cases and deaths, driven by South Africa, Algeria and Kenya.

In the past week, WHO said, the number of new cases reported in Europe dropped by about six per cent after a 10 per cent decline the previous week, suggesting that lockdowns across the continent are effectively slowing transmission. Still, the region accounts for about half of new global deaths.

WHO advises against treating hospitalized COVID-19 patients with remdesivir