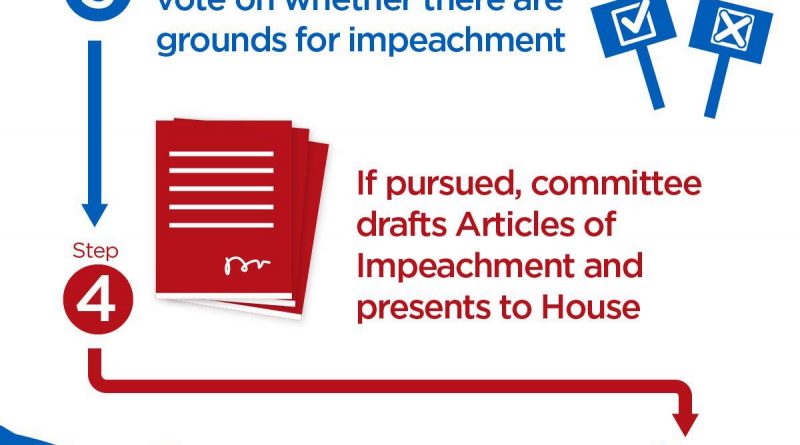 In a bipartisan vote Wednesday afternoon which saw 10 House Republicans join their Democrat counterparts, outgoing U.S. President Donald Trump was impeached for a second time, clearing the way for another Senate trial.

How would a Senate trial work, and when will it begin?

Here’s a look at what’s going on.

Process moves to the Senate

House Speaker Nancy Pelosi formally signed the article of impeachment Wednesday evening but has not yet signalled when it will be sent to the Senate, triggering a trial in the chamber.

Once that happens, the Senate will hold a trial to determine whether Trump is guilty of the charge against him: incitement of insurrection.

Like last time, “managers” from the House of Representatives will present their case before Chief Justice John Roberts.

On Wednesday, Pelosi introduced the impeachment managers who have been tasked with arguing the case in the Senate.

In the four-page article introduced last week, Democrat lawmakers argued that Trump “threatened the integrity of the democratic system, interfered with the peaceful transition of power, and imperilled a coequal branch of Government.”

The managers will work to prove Trump “will remain a threat to national security, democracy and the Constitution if allowed to remain in office,” as stated in the impeachment article.

Raskin on Sunday said Trump’s incitement of the protesters was “the most dangerous crime” ever committed by a president against the United States.

In a statement Sunday, Trump’s press secretary, Hogan Gidley, said he has “not yet made a determination as to which lawyer will represent him” during the trial, calling it a “disgraceful attack on our Constitution and democracy.”

2:31
FBI warns of armed protests in every state as inauguration looms

FBI warns of armed protests in every state as inauguration looms

President Trump has not yet made a determination as to which lawyer or law firm will represent him for the disgraceful attack on our Constitution and democracy, known as the “impeachment hoax.” We will keep you informed.

A two-thirds vote in the Senate is required to convict.

In a statement issued Wednesday, Senate Majority Leader Mitch McConnell said the process “will now begin at our first regular meeting following receipt of the article from the House.”

The Senate is scheduled to meet again on Tuesday.

However, he said “given the rules, procedures and Senate precedents” that govern presidential impeachment trials, there is “simply no chance that a fair or serious trial” could conclude before president-elect Biden is sworn into office.

McConnell said even if the Senate process were to begin this week and “move promptly,” no final verdict would be reached until after Trump has left office.

My full statement on the next seven days and the Senate schedule: pic.twitter.com/Nh5z3f79yq

“In light of this reality, I believe it will be best to serve our nation if Congress and the executive branch spend the next seven days completely focused on facilitating a safe inauguration and an orderly transfer of power to the incoming Biden administration,” McConnell said.

Meanwhile, McConnell, who has spent the past days talking to senators and donors, has been telling senators the decision on whether or not to convict Trump is theirs alone, calling it a “vote of conscience.”

This means the leadership team will not work to hold senators in line one way or the other.

A handful of Republican senators have suggested they will consider conviction. Two of them, Alaska Sen. Lisa Murkowski and Pennsylvania Sen. Pat Toomey, have said he should resign.

Murkowski said the House responded “appropriately” with impeachment and she will consider the trial arguments.

While it may feel like deja-vu, Trump’s second impeachment trial is likely to be much different than the first, said Michael Gerhardt, a professor at the University of North Carolina School of Law and author of Impeachment: What Everyone Needs to Know.

Gerhardt testified before the House Judiciary Committee hearing in 2019, during the president’s first impeachment over his dealings with Ukraine.

Read more:
FBI has made over 100 arrests from U.S. Capitol riot, warns of further protest plans

“It will not look like Trump’s first impeachment trial when Republican Mitch McConnell devised an extremely streamlined trial without witnesses or any investigation into the facts that were the basis for Trump’s impeachment in the House,” Gerhardt said in an email to Global News.

Unlike the first trial, the Democrats now control the Senate after having flipped four seats — two during runoff elections in Georgia.

Once Georgia’s two Democrat senators-elect are sworn in and Biden is inaugurated, vice president-elect Kamala Harris becomes the president of the Senate and holds the tiebreaking vote.

Gerhardt said this time around, Democrat Chuck Schumer will be Senate majority leader, “who is bound to do the opposite of what happened in the first trial – there will be witnesses, fact-finding, and investigation of the President’s misconduct in inciting an insurrection against the Capitol.”

While removing Trump from office may no longer be necessary as his tenure expires on Wednesday, the outgoing president could still face several consequences over his alleged involvement in riots at the Capitol.

In a previous interview with Global News, Matthew Lebo, chair of political science at Western University said the Senate could deny Trump the benefits given to former presidents including his pension, secret service protection or other perks given to those who served as in the country’s highest office.

According to Lebo, the GOP could also bar him from running for the party again, adding that said some Republicans would “be very happy to knock out perhaps the leading contender for the 2024 Republican nomination.”

Both senators Josh Hawley and Ted Cruz have signalled they are interested in running for president in the next general election.

“Trump will likely face criminal prosecutions for his complicity in the attack on Congress,” Gerhardt said.

He said Trump can be prosecuted for “doing nothing to stop the mob of his supporters rampaging through Congress and threatening the lives of the vice-president, the speaker, and other officials in the building.”

“He can perhaps also be sued to pay for the damage or a criminal prosecution might seek restitution from him personally for the chaos he unleashed against the government of the United States,” he wrote.

What’s more, even if Trump is not convicted, Gerhardt said the impeachment will “likely further erode his dwindling base and split Republicans.”

–With a file from The Associated Press 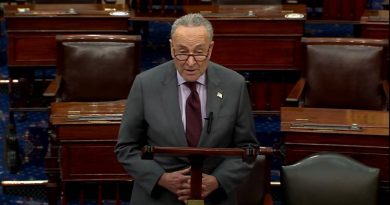 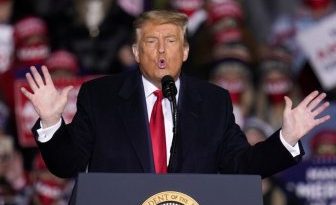