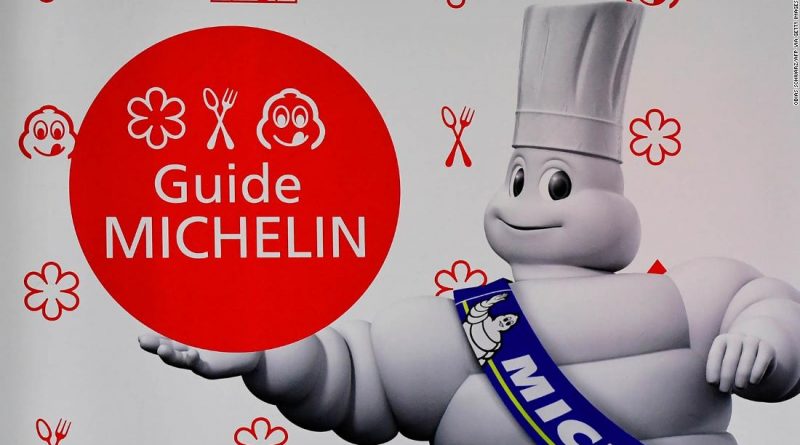 (CNN) — Walk into almost any fine dining kitchen and the chances are its chefs would say there’s only one holy grail of achievement in their profession: to be awarded a Michelin star.

Since 1926 in France, and more recently around the world, these accolades have come to represent the pinnacle of cuisine and also helped raise the profile of French tire giant Michelin.

Although not every chef seeks to earn them for their restaurant — some have famously refused and returned them — it’s undeniable that there’s no more influential mark of success.

But these are times of seismic upheaval for the global hospitality industry. Tens of thousands of restaurants are closing, hundreds of thousands of people have been put out of work. Livelihoods have been destroyed and dreams shattered.

And yet, this year, as ever, Michelin is continuing to award or remove stars and publish its exacting reviews of fine dining establishments.

For some in the industry, that’s a step too far for Michelin that will do little to enhance the dining guide in an age when many restaurant workers are becoming more vocal about what they say are the damaging pressures of trying to live up to such rigorous standards.

As the pandemic continues, Michelin’s determination to carry on publishing could see the guide face its own reckoning with the coronavirus.

As always, it’s a polarizing debate, with passionate views on both sides.

London’s Ledbury restaurant is among Michelin-starred establishments to close for good during the pandemic.

Other prestigious awards have already made calls to suspend activity, given this year’s extraordinary circumstances.

Covid-19 was one of a number of factors behind this year’s cancellation of The James Beard Awards, the prestigious American benchmark of culinary success, in their Restaurant and Chefs categories.

Clare Reichenbach, the foundation’s CEO, cited the “grave negative effects of Covid-19” and said that doling out prizes would “do little to further the industry in its current uphill battle.”

Beyond the virus, that battle, say some, extends to other major issues currently challenging global society.

Among them, David Kinch, chef-owner at California’s Manresa, who had earlier announced on Instagram he was withdrawing himself for consideration as a James Beard Outstanding Chef nominee.

“The hospitality industry is rife with rampant gender and racial inequality and numerous obstacles impede restaurateurs’ ability to pay living wages to their teams, focus on sustainability and foster positive work environments,” he wrote.

So, given the current parlous state of the restaurant business, why is Michelin still visiting restaurants, inspecting and awarding its stars? And in this time of uncertainty and anguish, do the stars it awards continue to carry the prestige they once did?

The guide’s international director, Gwendal Poullennec, insists that now more than ever Michelin’s inspectors have a role to play. He says their critical gaze is a force for good that can help support the beleaguered industry.

The selections they make for next year’s guide, he says, will “put a spotlight on the industry and restaurants which in some parts of the world are still facing the effects of the crisis.”

“It is also a way to invite foodies to go back to restaurants.”

Gwendal Poullennec says Michelin is a vital spotlight on the dining scene at a time of crisis.

Whether those foodies will still have an appetite remains to be seen. Many Michelin restaurants — especially those with two or three stars — derive income from international visitors now absent due to global travel restrictions.

In London, The Ledbury and The Greenhouse, both holding two Michelin stars, have shut permanently. In New York, Michelin-starred eateries Gotham Bar & Grill, Jewel Bako and Nix have also closed for good, as have Trois Mecs and Somni from Chef José Andrés in Los Angeles.

There are, unfortunately, plenty more examples, notably in the United States where strict lockdowns in New York, Chicago, Washington D.C. and California all hit areas where Michelin awards stars.

Consequently, the release of the 2021 Michelin Guides in the United States will be delayed. “Official timing will be announced as the pandemic recovery takes shape,” the organization recently told Food & Wine magazine.

Meanwhile, the dining guide has launched what it calls an “international barometer” to keep track of those premises still in business.

“Our purpose was to take the pulse of global gastronomy in order to inform and build awareness of our ecosystem,” says Poullennec. He says the barometer currently registers that, at time of writing, 85% of Michelin-starred restaurants were open.

While that’s a distinct improvement compared to the height of the crisis — back in April, only 13% of global restaurants holding Michelin stars were still operating — it doesn’t register the extent of terminal closures.

“At the time, the number of restaurants that have closed permanently is almost impossible to give as it is a volatile one,” Poullennec adds. “The situation is moving and changing on a daily basis.”

Michelin also points out its special projects such as “Le Bon Menu” in France, which uses social media to support chefs helping out those in need and highlight restaurants that have pivoted to takeaway, delivery and other business models.

That hasn’t stopped calls from a number of chefs to get Michelin to do more to support businesses in such dark days.

Under pressure to survive

Shane Osborn: “I don’t really think it’s a time for Michelin to be judging restaurants.”

Australian Shane Osborn, from Hong Kong’s one Michelin-starred Arcane, is one of the most respected chefs in the city, someone with a history of Michelin-garlanded success at restaurants including London’s Pied à Terre.

Given the bleak scenarios facing many in the industry, he says there should be a moratorium on reviews.

“It’s a tricky one but I don’t really think it’s a time for Michelin to be judging restaurants when businesses are under extreme pressure to stay afloat,” he says.

“Working with limited staff because places have made layoffs, staff are stretched, while even the supply chain of ingredients is affected, particularly here in Asia. We usually get two deliveries from Japan a day — recently we were only getting three a week.

“So businesses are under immense pressure just to survive, but I also understand that from a chef’s point of view, most in the industry absolutely adore Michelin. It’s everything they work for and it’s that bit of good news they look forward to, it validates all the hard work and effort they’ve put into it, working 16 hours a day.

“But is it really time to celebrate? Judging restaurants where meals can cost hundreds or thousands of dollars when people are losing jobs all over the world?”

Other chefs are adamant that recognition is more important than ever in the current climate.

Gal Ben-Moshe, chef-owner at Prism in Berlin, says his restaurant faced a potentially disastrous loss of bookings as Germany went into lockdown earlier this year.

But, he says, Michelin’s decision to award Prism a star quickly reversed his fortunes.

“When the star was announced, the restaurant just filled up in a matter of minutes, for the next month,” he says. “It was crazy.”

However the impact was arguably greater personally and professionally than financially:

“It gave us the validation and encouragement we needed all along, that we were craving for years,” he adds. “On a personal level, It has also made us feel like this whole journey is worthwhile, with all the sacrifices we make in our private lives.”

Gal Ben-Moshe says the Michelin guide is still a positive influence on the fine dining industry.

As to whether Michelin should be awarding stars this year, Ben-Moshe believes the guide is right to press ahead, insisting it can be a force for good and that its food critics are professional enough to take into account the changes restaurants are making to cope with the current crisis.

“I can tell you that the effect it had on me as a chef and on the restaurant as a business has been uncanny,” he says. “I can only imagine that receiving a star at such crazy times can really save a lot of businesses and give the whole industry a bit of a boost and relevance.”

Steve Zagor, an adjunct professor at Columbia Business School who focuses on restaurants and food businesses, says that while the Michelin guide continues to have relevance under normal circumstances, it may struggle right now.

“Michelin is a religion, people subscribe to it,” he says. “They believe in it. In the world today you need credible opinions and not just Yelp opinions. This is a credible, knowledgeable company that provides a resource for people looking at where they want to go.

“From that perspective, it has value. It has history and it’s a meaningful judge of what’s going on.”

However, he says, 2020’s unique circumstances mean that it’s far from the usual environment.

“Right now is a little bit like reviewing restaurants on a ship in a hurricane. It’s just an exceptional situation. I don’t believe you’re getting a complete validation of what the restaurant owner is trying to do.”

He explains that the dining experience is now so fundamentally different from the usual scenario that there are question marks over whether Michelin can apply the same sort of inspection criteria as previously.

“You can’t compare year-to-year, this is not the same as it was in 2017, 2018. Social distancing means menus have changed, preparation, techniques, capacities have changed.

“So the experiences are different, there’s too much else going on, most restaurant operators are just trying to stay solvent and do the best they can. So I think it’s cheapening the entire Michelin experience.”

Vicky Lau: “Michelin has an important role now more than ever.”

Vicky Lau, chef at Tate Dining Room in Hong Kong, a restaurant that’s held one star since 2012 thanks to her elegant cuisine melding Chinese and French influences and ingredients, says Michelin offers a beacon of certainty in uncertain times.

“I think Michelin has an important role, now more than ever, to help restaurants and sustain tourism — and then boost them when everything is back to normal,” she says.

“It still has an important space in chefs’ hearts, to maintain a food language that speaks of history and culture.”

CNN reached out to a number of other high-profile chefs in countries including France and the United States to ask their opinion on the Michelin debate, but they declined to answer.

No doubt Michelin’s insistence on continuing to critically survey the fine dining landscape is, in part, due to commercial obligations, not least the guides it produces in partnership with tourism boards or private companies.

Asked about these, Michelin stressed its purpose remained defined by independence and the mission of its anonymous inspectors to recommend the best experiences to “international foodies.”

“Of course, this year having been an exceptional one, our inspectors have had to adapt their work and their editorial publication.

“In some places, they have had to delay the unveiling of their selections in order to fairly and properly finish their selection work but in each destination, they have done their best to issue consistent and relevant restaurant selections.”

Some Michelin guides for this year, such as Taiwan and Slovenia, have already appeared. When the rest emerge, one thing is for sure: They will, as they have since the star ratings were launched back in 1926, continue to provoke discussion and debate.

Chris Dwyer is a Hong Kong-based freelance food and travel writer. He has previously written for the Michelin Guide’s editorial website in Hong Kong. No-touch airplane cabins and airports: Covid-19 accelerates us to the future 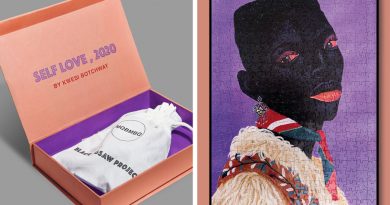