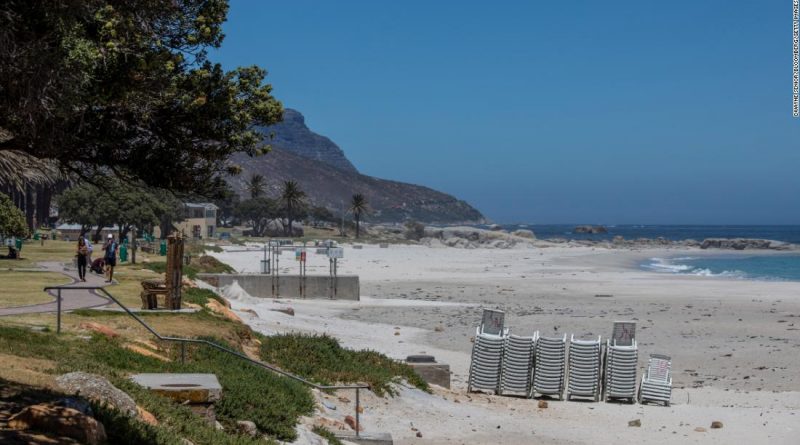 (CNN) — With its vast mountain ranges, sandy beaches and towering forests, Cape Town is a place where the natural world dominates, imploring visitors to stop and soak it all in.

The southernmost city of Africa has an unofficial motto: “Slow down it’s Cape Town.” But these words have taken on new meaning during the Covid-19 pandemic.

Everything ground to a halt back in March, when the long winter lockdown to fight off the first wave of coronavirus in the country began.

Cape Town’s residents have quickly adapted to the new measures put in place during the pandemic.

Instead of the usual throng of foreigners in khaki shorts and sensible sandals flocking to Camps Bay and up Table Mountain, the only tourists arriving are South Africans living abroad who have taken the risk to return home.

I was one of those homesick Capetonians rediscovering my city over the festive season.

On an overnight flight from Paris in December, I had a row of seats to myself and two masks securely fastened. Upon arrival, staff checked my temperature and my real ticket into the country — a negative PCR test.

Traveling from Europe to South Africa for a second dose of sunshine at the end of the year has always been a treat.

The festive season falls during the height of South Africa’s summer, and the city is filled with light and laughter.

Schools are out for the holidays, families gather for braais — South African for grills — in backyards and everyone begins unwinding and shrugging off the year.

Everything is alive and thriving, the only reminders of the pandemic being masked citizens, endless squirts of sanitizer and temperature checks, and a 9 p.m. curfew.

Ahead of the New Year festivities, South African President Cyril Ramaphosa held what he likes to call a “family meeting,” in which the closure of many of the country’s beaches and a ban on the sale and consumption of alcohol was announced.

Bars and restaurants quickly adjusted, offering non-alcoholic beers and mocktails, and a Prohibition-type black market cropped up as locals began selling their booze to the highest bidders.

Empty tables at a restaurant terrace area in the Victoria & Alfred Waterfront in Cape Town.

But the new restrictions haven’t dampened the spirit in the city. Residents have simply adjusted, with many choosing to spend more time outdoors exploring the playground of mountains on their doorstep.

“Usually December has such good energy — everyone’s made it through the year and is keen to have fun,” she tells CNN.

“The sun is out, you’re going from one plan to the next, catching up with friends you haven’t seen in a while, meeting new people.

“This year feels very muted. Things have to be pre-arranged and pre-checked to make sure everyone is healthy and comfortable. And even then plans are bound to change at the last moment because of someone’s isolation requirements or new guidelines.”

This time around Kerswill has switched parties, festivals and busy restaurants for walks, hikes and swims.

But the realities of life during the pandemic are difficult to ignore, even during a seemingly simple activity like visiting the popular tidal pool on the coast of False Bay.

“We were getting ready to jump in… shoes off, shorts off,” Kerswill recounts. “Then we were standing in swimming costumes with our masks on, not sure when the most appropriate moment is to remove them.”

For Joi Benjamin, a South African currently living in Paris, returning home was also an opportunity to finally be able to spend time outdoors.

“Coming from a wintry, locked-down Paris, I really appreciate the sea air, the parks and mountains in such close proximity,” says Benjamin.

“The pandemic makes me appreciate this so much more than ever before.”

Sarah Carden, another South African returning home from the UK, felt fortunate to still able to do all of the things she enjoys when visiting the city.

“I love to cycle, so have been down the coast a few times on my bike and the roads are full of cyclists and walkers,” she tells CNN. “I guess that everyone feels safer outdoors.”

While locals have claimed back their city during this uncertain period, there are constant reminders of those who the pandemic has hit much harder — Cape Town’s homeless.

But with facilities at full capacity, homeless people have had no choice but to pitch tents in patches of grass and abandoned parking lots across the city.

While I was concerned about my flight back to France being canceled, thousands worry about keeping a makeshift roof above their heads.

Like any trip to Cape Town, if you venture beyond the waterfront bars, wine farms and glamor, it’s clear that the city’s magic is, and always will be, reserved for the wealthy.

And as the virus rages on, the stark divide between those who want for nothing and those who have nothing only seems to be widening. 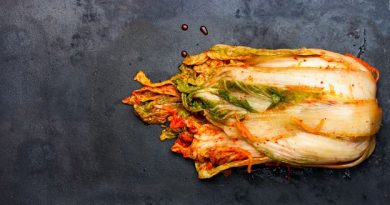 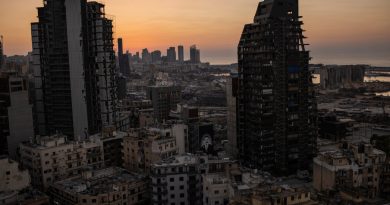 ‘Call Me a Dreamer’: A Shattered Beirut Neighborhood Rebuilds

Booking Travel in 2021? Here’s How to Protect Your Investment