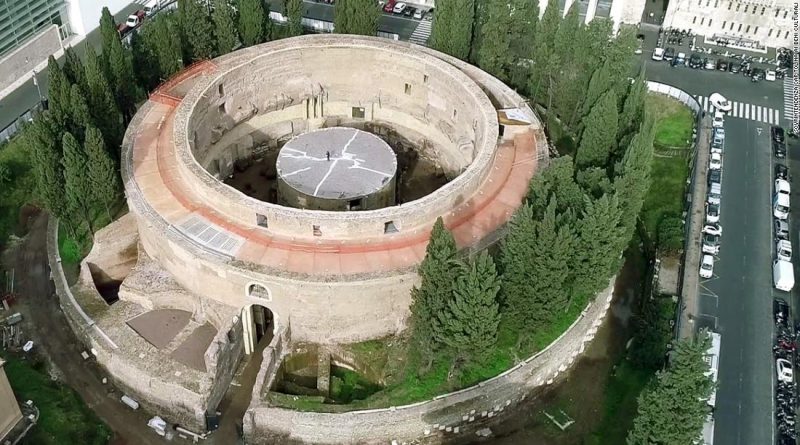 (CNN) — He was the first Roman emperor, who took over from Julius Caesar and built an empire that would eventually stretch from the UK to Egypt, boasting on his death bed that “I found Rome built of bricks, and left it marble.”

But the emperor Augustus didn’t exactly get paid in kind when he died in 14CE.

His tomb — a huge, circular mausoleum, which was the largest in the city when it was built — was abandoned for centuries.

With its roof fallen in and the cypresses planted around it left to grow wild, it has long been a far cry from the carefully preserved Colosseum and Roman Forum.

In fact, for much of the past 80 years, it has been closed to the public, with brief openings in the year 2000 to celebrate the city’s Jubilee year, and then again, before being closed in 2007 for archaeological investigations.

It was hoped that it would reopen in 2014, to mark 2,000 years since Augustus died. In the end, though, with conservation work still ongoing, it was opened on the day itself.

But finally, a 13-year restoration has come to an end, and it is due to be opened to the public in March 2021.

After decades of disrepair, it will open again to the public.

The restorations, completed in two stages, have cost over €10 million ($12 million). Stage one, funded partly by the Italian Ministry of Cultural Heritage and Activities, and the Roman authorities, was completed in 2019. It oversaw the restoration of the monument.

Stage two, funded by the Fondazione TIM, the social arm of Telecom Italia, to the tune of €6 million ($7,300,000), has concentrated on the internal spaces, and setting it up for tours.

Huge structural works to protect the mausoleum have been undertaken, and a spiral staircase that leads to the roof of the monument, has been reconstructed.

The Fondazione TIM has also funded the restoration of the burial space, and the landscaping around the mausoleum.

Even the square outside, the Piazza Augusto Imperatore, is being refurbished. Until now, the mausoleum has been something of a roundabout, with cars parked up all around it. The works are due to finish in December 2021.

The mausoleum was originally as big as the Pincian hill.

It’s not the first facelift for the archaeological remains in the area. Nearby is the Ara Pacis — a grand, ceremonial altar built to celebrate Augustus’ return from his campaigns in Gaul and Spain in 13BCE, with intricate sculptures of the imperial family featuring as part of a procession.

In 2006, the old pavilion around it was replaced by a glass and steel structure by architect Richard Meier, which is more of a work of art in itself. The altar is now visible from the river Tiber, with the mausoleum behind it.

Augustus had great plans for his tomb. The emperor — who was born in 63BCE, and took power in 27BCE — had work started on it in 28BCE, after his victory over Mark Antony and Cleopatra at the Battle of Actium, back when “Augustus” was merely Octavian — his name before he became emperor.

The interiors had been severely damaged over the centuries.

Built for him and his family, it is the biggest circular tomb in the ancient world, with a diameter of almost 90 meters and a height of at least 45 meters, from what can be surmised from the remains. Only a third of the original monument has survived.

Its gargantuan size made it almost as big as the nearby Pincian hill, and it was situated by the Tiber so as to be visible from most of the city.

Although today it appears made of brick, originally, those walls were covered in travertine marble, of which only traces remain today.

It is thought to have served as a tomb for more than 100 years, before records were lost. It was next mentioned in the 10th century.

From a fortress to an amphitheater

The mausoleum seen in 1963, with the Tiber beyond it.

In the medieval period, a fortress was built on top of the remains, but was destroyed in 1241. Following that, the structure was gradually dismantled, with the marble being removed to use as building matierials.

Only in 1936 did its new life come to an end, when the fascist regime — which was intent on excavating and preserving the city’s heritage, in a bid to align itself with ancient Rome — demolished the cupola and the modern buildings, to unveil the tomb once more.

Restoration work was halted during World War II, and started up again in the 1950s.

The site opens 1 March 2021, and from 22 April visits will include virtual and augmented reality elements. Tickets for the 50-minute visits — which are free before 21 April — must be booked in advance at mausoleodiaugusto.it. Elevators will be in use from 22 April — before that, there is no step-free access. 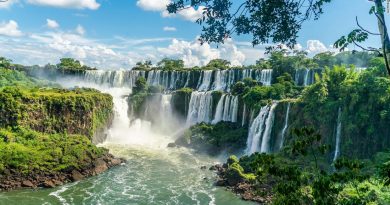