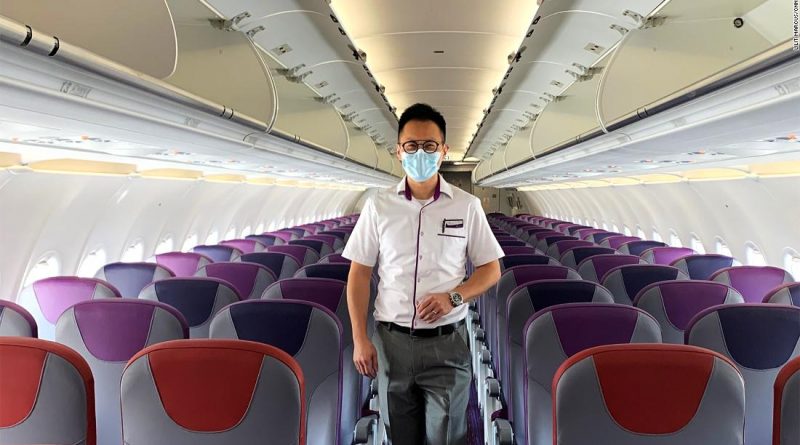 Hong Kong (CNN) — I have been on quite a few flights where people clapped when the plane landed. But this was the first time I’d been on a plane where everybody clapped at takeoff.

Hong Kong Express, a low-cost carrier based — as you may have guessed from the name — in Hong Kong, has become the latest airline to offer sightseeing “flights to nowhere,” which involve planes landing in the same destination they departed from, without stopping anywhere else.
So far, such flights have been popular. Qantas’ seven-hour sightseeing flights around Australia, which promised scenic aerial views of Uluru and the Great Barrier Reef, sold out in 10 minutes.

As well as giving airlines a chance to recoup some lost profits, these flights also afford aviation geeks the chance to get back up in the sky, and enjoy some little extras.

EVA Air’s special Hello Kitty plane may not have gone anywhere, but passengers got limited-edition Hello Kitty swag on board.

Though the idea of these flights initially seemed kind of silly to me — you have to deal with all the hassle of airport security, and then have nothing to show for it? — when I found out that a hometown airline was offering one, I just couldn’t resist.

My favorite way to get to the airport is via the high-speed express train that departs from Hong Kong Station.

Like everywhere else in the city, the train station is awash with signs reminding people to keep their masks on. However, I felt daring enough to slip mine off for a bit to drink some water. Mask removal in Hong Kong is currently illegal, and I felt a slight hint of danger even though there was no one around to see me. (After all, it’s not hard to socially distance when you are the only person on the platform.)

Though a few other stragglers did board at the train’s other stops in Kowloon and Tsing Yi, I had an entire car to myself for the half-hour journey. I availed myself of both the free phone chargers and the free Wi-Fi.

The express train is generally a pleasant experience, but doing it without luggage was a game changer. Or at least a shoulder changer.

Arriving at the airport

Despite the fact that we weren’t leaving Hong Kong airspace, everyone on the flight still had to go through normal airport security processes. That meant pulling my passport out of storage and putting a pair of socks in my purse in case I had to take my sandals off.

Temperature screenings have already been a presence at Hong Kong International Airport since the days of SARS and avian flu, but heightened protocols meant plenty of free bottles of hand sanitizer stationed throughout the terminal and constant presence of cleaning crew.

It’s a good thing there wasn’t much of a security queue, though — at the last minute, I had to pull stuff out of my pockets and remove my Kindle from its sleeve. It’s official: I am out of practice. A year ago, I would have grumbled rudely at someone else for doing the same thing right at the security scanners.

Most of the shops and restaurants at the airport were closed, and there were more signs asking people to socially distance than there were people to do the social distancing.

The upside: Bathrooms were sparkling clean.

The downside: Not being on an international flight meant the duty-free shop was off limits.

In my work as a travel writer and editor, I used to fly at least once a month. When travel is your job, it takes some of the glamor away — every stale $12 pastry and loud snorer quickly adds up.

But as the plane slowly pulled away from the gate, I found myself oddly emotional. Suddenly, we broke out into spontaneous applause.

A rep from Hong Kong Express had told us that one of the motivations behind their flights to nowhere was to remind people of the magic of travel. Thirty seconds into the flight, I already felt like I was holding my breath. I found myself thinking of my late grandmother, who grew up during the Great Depression and didn’t fly on a plane for the first time until she was in her thirties.

It’s easy to forget that aviation is a miracle.

Normally, I’m a strict aisle-seater. But for the 75-minute loop around Hong Kong, it was all about the window.

It wasn’t just the lack of a final destination that made this flight different, though. There was no food or beverage service — easier to keep masks on that way — and no luggage. Boarding was spread out, and all middle seats blocked off. More than just a pleasure cruise in the sky, it was a peek at what flying will probably look like as it resumes around the world.

At present, everyone coming into Hong Kong is subject to a 14-day quarantine either at their home or an approved hotel.

To make sure that passengers from the Hong Kong Express flight didn’t get lumped in to the quarantine group, we were each given bright purple lanyards to wear on arrival. It was like quarantine was a vampire and our lanyards were garlic, but the system worked.

Although I don’t have jet lag or a stamp in my passport, my trip to nowhere ultimately felt a little — just a little — like a vacation. 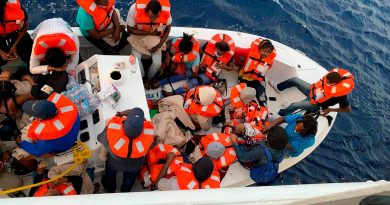 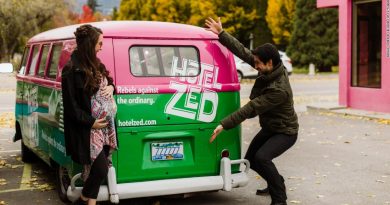