(CNN) — There was a time when Dutch creative director Jennifer Skupin actively sought out antique furniture and vintage items at flea markets. She was particularly interested in tracking down old photographs.

“I kind of liked to breathe a second life into items,” she tells CNN Travel.

While browsing a flea market back in 2008, Skupin stumbled across two boxes of slides. They piqued her interest right away.

“You find single photographs quite often, or postcards, but having two full boxes of slides made me kind of curious about them.”

Skupin rummaged inside the box. She could immediately see they were color photos, mostly portraits of people, intermixed with some landscapes and street scenes.

The seller didn’t know anything about the photos’ origin. Written on the back of some of the slides were years and locations, they seemed to mostly date to the 1950s and 1960s.

Skupin decided to buy the slides, get them scanned onto a computer and then blow them up to full size to realize the detail.

Once digitized, the full story started to seep through.

There was a photo of Amsterdam Schiphol Airport at the advent of the Jet Age, followed by a series of shots of people, parades and scenes seemingly taken in Alaska, in the US.

As well as shots of streets and landscapes, there were photos of individuals, from a group of nuns to a cluster of school children.

Many of the people in the photos are Alaskan Natives.

There were images of streets with snow capped mountains in the distance, and vintage cars, and families smiling directly at the camera.

Skupin felt certain some of the individuals in the photos would recognize themselves, if they could only see the photos.

She reached out to some cultural institutes in Alaska, but didn’t get anywhere.

“It feels now, looking back, at that moment that the world wasn’t that well connected,” says Skupin.

She dropped the search and didn’t revisit the photos in the intervening years.

But over a decade later, as 2020 drew to a close, Skupin rediscovered the original slides, stored in a box, while she was cleaning out a closet.

In our current age of social media and hyperconnectivity, she wondered if she might finally be able to track down the photographer or subjects.

One of the slides was a photo of Amsterdam Schiphol airport.

At the time she bought the slides, Skupin worked for KesselsKramer, a Dutch advertising agency owned by artist Erik Kessels.

KesselsKramer Publishing is known for its photography books, particularly its found photos.

“Erik Kessels was always into all photographs and old pictures and the story behind them, so I think I got maybe a bit inspired,” says Skupin.

Plus, she also enjoyed documenting her own travels with a camera, and those photos of her adventures were really important to her.

Also among the slides is this photo of Anchorage, Alaska apparently taken in 1960.

“To me, they were precious. So finding these photos came with astonishment that somebody could let go of such a treasure.”

When she first digitized the slides, Skupin spent a bit of time decrypting locations, trying to work out the chronology of the photos.

A few seemed to be taken on July 4, 1959 in Anchorage, Alaska. That was the first year the newly inducted state would have celebrated this American holiday.

This photo of nuns also had ‘1960’ written on the back of the slide.

Skupin thinks the photographer was Dutch. “There was that clue of the journey starting in Amsterdam, because there was one shot of Schiphol Airport,” she says.

Another clue is that the abandoned slides ended up in Amsterdam.

Only adding to the mystery is fact that, also among the Alaska photos are a batch of slides from Los Angeles, California.

Skupin has invented her own background story for the shots. She imagines the photographers were a couple, who traveled from Amsterdam to Alaska in the 1950s and lived there for a while.

But it’s hard to ascertain the truth.

The beauty of the everyday

This photo of what appears to be two sisters is one of Skupin’s favorite photos in the collection.

Skupin’s favorite image in the collection is of an older woman, wearing with a patterned purple coat.

Another shot that stands out for Skupin is of a photo of somebody ice fishing, and an image of two girls she believes are sisters, wearing matching blue jackets.

“What you see in the pictures are mainly the people and the emotion,” says Skupin.

She thinks that makes them all the more special, they capture the beauty of the everyday.

“That’s why I also did hold on to them for such a long time,” says Skupin. “I even considered kind of framing the ones I found and [hanging them] on the wall.

But then I think I also get hit by the sentiment that they are valuable to somebody else who doesn’t know they exist.”

While any adults in the photos would be quite elderly today, Skupin wonders if viewers might spot a grandparent or older relative.

She hopes she might be able to reunite someone with a childhood photo, or present relatives with a photo of a forbearer.

Jennifer Skupin hopes someone might recognize themselves or a relative in the photos.

The full set of images is available at this Google Drive and Skupin is encouraging anyone who might know the story behind the photos to comment on the photos there.

Her aim is that these abandoned shots of a bygone era might finally get returned home.

“The pictures are so beautiful, there are so many interesting people who must be interested in these pictures, because they capture a moment in time.”

The Department Store That Does Holiday Cheer Like No Other 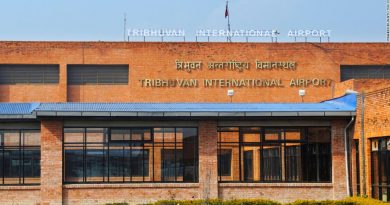 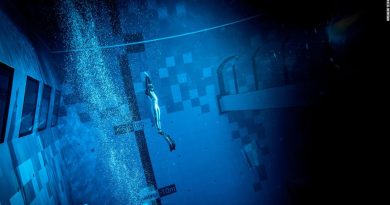