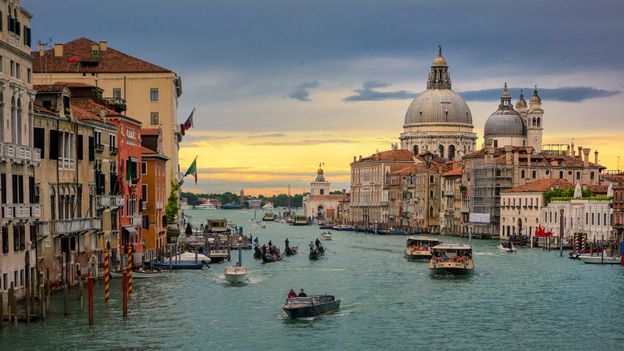 Venetians have an uncanny ability to dodge, deflect, blend in, disappear in plain sight. Perhaps that’s why so many travellers assume that “real” life in Venice was long ago trampled out of existence by hundreds of millions of tourist feet.

The truth is, the city still harbours an indigenous culture ­– the last remnant of a once-great civilisation, with its own language and customs. Yes, this way of life is endangered, but it is also very much alive. It’s just hard to detect with untrained eyes.

Venice’s eye-catching buildings may be swathed in opulence: think of the shimmering mosaics that line Saint Mark’s Basilica; the lace-like Gothic stonework of the Ca’ d’Oro; or the chic yellow marble that clads the church of Santa Maria dei Miracoli. But when dressing themselves, Venetians would rather blend into the crowd than pop out of it, peacock-like, according to Venetian-born Sebastian Fagarazzi, co-founder of Venezia Autentica, a social business devoted to preserving the city’s living culture.

“They tend to wear neutral colours and eschew anything too shiny,” Fagarazzi said, adding that comfortable flats are a human right extended to all sexes, and, unlike other Italians, Venetians tend to frown on conspicuous designer labels.

This penchant for personal discretion has ancient roots. The city was likely founded as Goths and Huns ransacked the crumbling Roman Empire in the 5th and 6th Centuries AD. According to legend and the scant historical evidence that remains, the first Venetians were rich merchants from the mainland who hid themselves and their treasure on some worthless-looking mudflats in the Venetian lagoon.

Their descendants went on to build great fortunes on trade secrets – knowing before their rivals where to buy goods cheap and where to sell them dear. Industrial, trade and state secrets were so vital that Venice established the Cancelleria Secreta, or Secret Chancellery, which even the doge, the city’s elected leader, could not enter alone. And over the next 1,000 years, they transformed those mudflats into the strange and dazzling capital of a great mercantile empire.

Movies portray Venice like this dark labyrinth, the perfect place to commit a crime

“Movies portray Venice like this dark labyrinth, the perfect place to commit a crime,” said Fagarazzi. “But Venetians know it’s very much the opposite.”

There are no cars or trucks, he explained, to drown out indiscreet conversations. There are no woods or hinterland into which to escape. And even the darkest, narrowest back alley can be full of hidden eyes and ears.

“We grew up feeling like wherever we went, someone’s nonna is watching you from behind lace curtains,” said Fagarazzi.

French-born Valeria Duflot, cofounder of Venezia Autentica and Fagarazzi’s girlfriend, learned this lesson early in their relationship. While on a solitary walk through the city, she bumped into Fagarazzi’s father. They chatted for a few minutes, and then she continued on her way. When Duflot returned home, she found Fagarazzi chuckling into his mobile phone. A friend had just texted to say that Valeria had been seen chatting with a man who “may or may not” have been Sebastian’s father.

“Just thought you should know,” the friend wrote.

You may also be interested in:
• Where people speak Elizabethan English
• Why the italic font was created
• The cultural history of the balcony

It is easy to understand why, centuries before Covid-19, Venetians wore masks as they went about their daily business. It was the only way to carve out a bit of freedom in a city with little privacy – and a respectable public face was, and still is, jealously guarded. The first mention of Venetian masks dates to the 13th Century, and by the 17th and 18th Centuries, elites wore them so frequently the government had to pass a law restricting their use to just three months a year, from Christmas to the start of Lent.

The traditional Venetian disguise, known as a bauta, disguised much more than the wearer’s visage. A tricorn hat and long, tent-like cape obliterated any trace of the body underneath, and the mask’s jutting nose and mouth even altered the wearer’s voice. Contemporary mask-makers still manufacture bautas. Putting one on in front of a mirror is an uncanny experience, as you watch all traces of your identity disappear before your very eyes.

Except during Venice’s famous Carnival celebration, such a getup would only serve to attract unwanted attention these days. However, Venetians do don a sort of virtual bauta that lets other Venetians know when they want to be ignored.

Let’s say you’re having a bad day, for example, and want to remain anonymous through the city. That is no easy task in pedestrian-only streets where you are constantly bumping into friends and neighbours. And to ignore them would be considered rude in highly sociable Venice.

The other option? Walk quickly, keep your head down, and when someone greets you, don’t slow down. Just offer a quick, backward-looking ciao and the flicker of a smile, and keep moving. Even if they see you’re having a bad day, they can pretend that you’re just running late, and everyone saves face.

To evade notice, Venetians even have their own language, which serves as an invisible veil that they can cast over their private world. Called Venexiàn, it is sometimes referred to as a dialect, but many linguists consider it a language in its own right. In his 1909 book Italian Hours, Henry James called Venexiàn “a delightful garrulous language [that] helps them to make Venetian life a long conversazione.”

“This language, with its soft elisions, its odd transpositions, its kindly contempt for consonants and other disagreeables, has in it something peculiarly human and accommodating,” James continued.

James’ description holds true a century later. Walking in the back streets of the working-class Cannaregio and Castello neighbourhoods, you can still hear the singsong voices of neighbours who stop for a chat or call to each other from across a canal. Even if you don’t understand what they are saying, you will hear what linguists call a “lilting prosodic” cadence – the voice we use when talking to a beloved, or a small child.

As Venice is increasingly overwhelmed by mass tourism, Venexiàn has evolved more and more into an “in-group” language, according to Ronnie Ferguson, professor of Italian at Saint Andrew’s University and author of A Linguistic History of Venice.

“It has become a badge of identity and also a way to exclude outsiders,” Ferguson said.

It makes sense that Venetians want to keep their language exclusive. Historic Venice has fewer than 60,000 residents yet receives up to 30 million visitors annually. Thanks to Venexiàn, a Venetian can walk into a crowded bar or shop and, with a few choice phrases, establish kinship, win more attentive service, and perhaps even score a local’s-only discount on a meal or a glass of wine. In this way, Venexiàn establishes a virtual city within the city – one that only other Venetians can enter.

Unfortunately, even Ferguson, whose mother was a native Venetian, sometimes feels excluded from the language that he knows so intimately.

“Venetians are initially thrilled when I speak their language, though also taken aback because they see me as a foreigner,” he explained. “They prefer, after a little while, to switch to Italian. After all, I am not an insider.”

Adriano Valeri, a native of Abruzzo, had a similar experience when he trespassed onto Venice’s private language. When he arrived in the city to study painting at the Accademia di Belle Arti di Venezia (Venice Academy of Fine Arts), Venexiàn was as foreign to him as Spanish or French. But he shared a studio with a Venetian-born student who spoke to him only in Venexiàn. Gradually, Valeri began to understand him. Soon he was responding in Venexiàn, and by year’s end he could do so fluently.

Then one evening, the cleaning lady was hustling him out of the building so she could lock up for the day. As usual, he asked her for a few more minutes ­– but this time in Venexiàn, not Italian.

“She stopped in her tracks, turned to face me, and in a very stern Italian said, ‘You sound ridiculous when you speak in Venexiàn’,” said Valeri. He spent seven more years in Venice, but from then on only spoke Venexiàn in the confines of his shared studio.

These stories may make Venetians sound clannish, but they are also naturally curious and open-minded. “And they do appreciate it when non-Venetians attempt the odd word or phrase,” said Ferguson. Try out classics like un’ombra (“a glass of wine”), bondi (“hello”, pronounced “bon-DEE”), and per piaser (“please”, pronounced “pair pee-ah-SER”).

Because their city is so thick with tourists, Venetians love to escape to the open waters of the lagoon. Few tourists ever venture here, because gondolas and water taxis are prohibitively expensive. And so the lagoon is one the best places to observe Venetians in their natural habitat, according to Fagarazzi.

The lagoon’s tiny, uninhabited islands are especially popular with younger people trying to escape prying parental eyes. A favourite spot, said Fagarazzi, is Poveglia, an island with a decaying psychiatric hospital. Even better is a bacan ­– one of the lagoon’s sandbars that turn into little islands at low tide.

“A bacanis perfect for a picnic during the day,” Fagarazzi said. “Or it can serve as a very mellow bar at night.”

These sandy shindigs tend to be small, low-key affairs: some beer and a boom box, with the volume low enough for the distinctive lilt of Venexiàn voices to be heard.

And when the tide rises again, all traces of the Venetian party will be washed away. 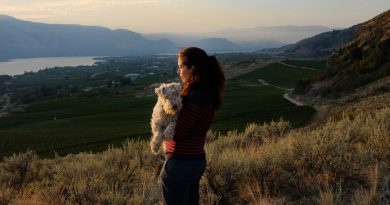