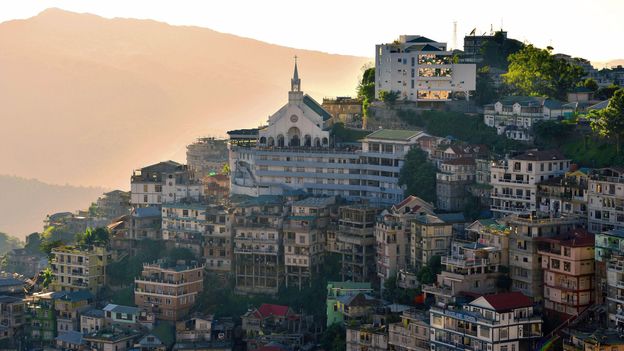 My research had told me that Reiek Peak in Mizoram, India’s north-eastern state, overlooks the surrounding hills and plains of Bangladesh. But last October, when I finally reached the summit after an hour’s hike through a moss-green jungle, mist blanketed the view and I saw nothing but thick whiteness. “I’m so sorry, the weather is so bad today,” my driver said, sensing my disappointment.

We then voyaged deeper into Mizoram’s lush, green countryside. Every time our car bumped over a pothole, my driver apologised for the bad roads. Along the narrow hairpin lanes, all the vehicles gave way to one another. Drivers acknowledged the courtesy, saying “ka lawm e“, “thank you” in the local language Mizo, or Duhlian.

This was my earliest impression of Mizoram: Mizos care about others’ well-being.

My impression grew stronger during the conversations I had with my driver. He would tell me about how a lost wallet or forgotten cash at the ATM would make its way back to the owner. “Whoever uses the ATM next uploads a picture and shares the details on our WhatsApp groups. And we’ll find the owner to return their wallet or money,” he said.

During the month I spent in Mizoram slurping black tea in Mizo homes and chit-chatting with my hosts after meals, I slowly began to discover the Mizo way of life. It’s so unique that Mizos have a word for it: tlawmngaihna.

You may also be interested in:
• India’s little-known tribal cuisine
• The Indians who are always content
• India’s forgotten jungle dwellers

“Tlawmngaihna is a code of conduct. At the very basic level, it means being honest, kind and helpful to others. But on a larger level, it’s about being selfless. You are putting community over self,” explained Golan Naulak, programme director at Integrated Mountain Initiative, an organisation promoting sustainable development in the Indian Himalayas. “It is integral to the Zo people [a Tibeto-Burman ethnic group of whom the Mizos are a subgroup].”

Along with seven other states, Mizoram (“Land of the Mizos”) belongs to the north-east region of India, which runs from the snowclad Himalayas just below Tibet to the lush, riverine plains of Bangladesh, and borders the jungles of Myanmar to the east. It’s believed that Mizos, after a series of historical migrations through China and Myanmar, settled here around the 16th to 18th Centuries and lived in tightly knit communitarian societies.

Mizos didn’t have a written script before British colonisation in the 19th Century. As a result, much of their history is shrouded in mystery. “It’s hard to trace the beginnings of tlawmngaihna,” said Naulak, “But it’s been an operational code in the Mizo society for a long time.”

Living in remote Mizo villages, social ethics like tlawmngaihna were central to Mizo life. Mizos hold the idea that these values are still practiced because Mizoram, unlike other Indian states, remains largely homogenous. With a population of just more than one million, making it India’s second-least-populous state, Mizoram almost feels like a different country to the rest of India.

Tlawmngaihna is a beautiful manifestation of social philanthropy

Under British colonisers, Lushai or Mizo Hills, as the region was then known, was part of the larger province of Assam, only gaining recognition as a separate state in 1987, four decades after India’s independence.  During British administration, British colonisers introduced the Inner Line Regulation, which restricted the entry of outsiders into tribal-populated Mizo Hills. The British claimed that this rule was to protect the rights and culture of the tribal people, but it subsequently helped the colonisers in their commercial activities by preventing mainland Indians from trading. This regulation, which continues to this day, means that every Indian who’s not from Mizoram requires a permit to enter, study and work here, and limits the influx of visitors – a reason Mizoram remains a relatively insular society.

Around 44% of Indians speak Hindi as their mother tongue, according to The Hindu – but in Mizoram, Hindi finds little to no presence, with Mizo and English the official state languages. And although pre-colonial Mizos were animists, during the colonial era most of them were converted by Welsh missionaries and today nearly 90% of Mizoram are Christians. While political and geographical boundaries pin Mizoram to India, the sociocultural values found here remain disparate both from other north-east Indian states as well as the rest of nation. There is, therefore, a strong sense of being Mizo and a need to protect Mizo values and way of life.

Assistant professor Ruth Lalremruati, who teaches Mizo literature at Mizoram University in Aizawl, told me that these distinct Mizo values have been passed down from one generation to another. Mothers taught their daughters to practice tlawmngaihna, and unmarried young Mizo men would stay together in one house in a tradition known as zawlbuk. “In this bachelor’s dormitory, young boys learnt about the brave Mizo warriors who self-scarified themselves for the benefit of the whole community,” she said. “They learnt to share meals with each other and help others during the jhum (slash and burn agriculture) cultivation.”

But during British administration, when the practice of zawlbuk disappeared, Mizos realised they needed an institution for the preservation of their customs and values. As a result, the Young Lushai Association was established in 1935, later renamed to Young Mizo Association (YMA). Since then, YMA, with more than 800 branches across Mizoram, operates as the largest non-profit in the state, with a focus on inculcating the spirit of tlawmngaihna.

In larger Mizo society, YMA members are the torchbearers of tlawmngaihna, Naulak said. “Their charity work extends to every occasion, such as when building a road, landslides or funerals. YMA communicates the message in the locality and everyone comes to help.”

In his 2010 PhD thesis at the University of Birmingham, Mizo scholar Lawsamnga notes that tlawmngaihna is the underlying principle of the Mizo communitarian society, where members practice “decision by consensus”. Here, he writes, harmony and sustainability of society – rather than economic wealth – are the primary objectives of development. Naulak agrees: “Tlawmngaihna is a beautiful manifestation of social philanthropy. In villages, if someone is building a house, everyone helps voluntarily. People rarely hire labour.”

It’s this spirit of helping others that played a part during the famine in the Mizo Hills in 1958-60. When Mizos received little to no support from the Indian government, they shared anything and everything they had with one another for survival. “In Mizo, we say, ‘sem sem dam dam, ei bil thi thi’ (those who hoard will perish but who share will live),” said Fanai Zokima, a retired table tennis coach who was a 10-year-old child during the famine. Zokima lived in a remote village called Cheural, where they had to walk for a day to reach the nearest motorable road. When food was scarce and rice donations didn’t reach them, young people walked deeper into the jungle in search of food. “We shared with each other whatever we had. Our mothers collected food in groups. In the evening, they would gather and divide their collections equally,” said Zokima, “This is the reason we survived.”

This Mizo spirit of helping others is not only observable at crisis. “Mizos help each other in joyous occasions, too,” Lalremruati said, referring to marriage ceremonies, village feasts and religious festivals. “If there’s a wedding, neighbours would come and ask us how they could help. They would prepare food and help the couple’s family with decorations.” This community-over-self lifestyle, she confirmed, is not only about helping others in need but also being honest and courteous.

As I rode on the back of a bike for hours in the capital Aizawl, I realised what Lalremruati spoke of. While scenes of chaotic traffic jams and ceaseless blaring horns are found in most Indian cities, in the narrow roads of Aizawl, bikes, cars and buses stay in their lanes without overtaking one another. It is India’s only city where the unabating honking is absent; a few years ago, Aizawl adopted an unofficial no-honking policy. “People came together and decided they wanted their city to be noise-free,” Naulak said.

While tlawmngaihna functions as the base of the Mizo society, it is neither legislated nor enforced. “Look, it’s not a written code. It’s not a rule. It’s very much there, but it’s not there,” Naulak chuckled. “It’s part of the Mizo identity,” he said. “If you overtake someone on the road, others would ask you, ‘Are you even Mizo?’.”

Due to its implicit nature, and as people moved into a more urban lifestyle, many older Mizos thought the spirit of tlawmngaihna had started to disappear. “But from what I see, it’s very much alive in the Mizo society. It’s part of the Mizo blood,” Lalremruati said. “However, when our lifestyles changed, how we practice tlawmngaihna changed. We might not have the time to stay overnight at a funeral, but tlawmngaihna is very much there. [The] Covid-19 pandemic proved that.”

In April, during the lockdown in India when a Mizo took his friend’s dead body home from Chennai, travelling more than 3,000km in an ambulance, Mizoram’s Chief Minister Zoramthanga tweeted, “You’ve just shown what every Mizo heartbeat means when it comes to the term ‘Tlawmngaihna!’.” During the pandemic, Lalremruati added, young people volunteered as frontline workers and task force members risking their health. “They sacrificed their time, health and sometimes even money, and expected nothing in return.”

Like many Mizo parents, Lalremruati teaches her children Mizo values. She believes that young Mizos are following in the footsteps of their forefathers, such as the legendary Mizo warrior Taitesena. “Self-sacrificing and courageous,” she said, “When you work for the welfare of the community, you put ‘we’ before ‘I’. When you care about other’s wellbeing, you become a tlawmngai person. That’s the highest form of honour in Mizo society.”

Naulak and others in Mizoram agree that tlawmngaihna is a beautiful social concept. “I tell my mainland Indian friends that Mizoram is the most fascinating state in India,” Naulak said, “because of their strong refusal to copy-paste what India does. They just don’t. They don’t want to do it. They hang onto their values [such as tlawmngaihna] so they remain Mizo.” 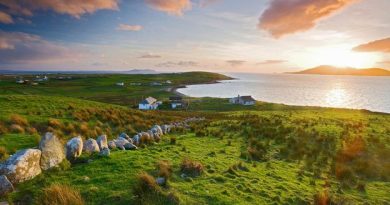 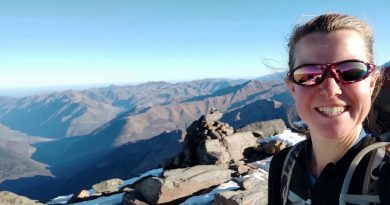 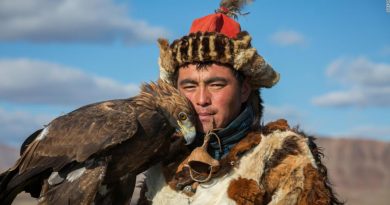