Bird feeders have become a source of pandemic joy for bird lovers in B.C.’s Lower Mainland, but they could be leading to an illness in birds including the pine siskin, a very small songbird species.

The Wildlife Rescue Association of B.C. says its hospital has admitted more than 78 pine siskins earlier in the month due to what appears to be a potential outbreak of salmonellosis. On Vancouver Island, the Greater Victoria Wild Animal Rehabilitation Clinic has taken in about 50 pine siskins showing signs of disease.

Many of them have since died.

While the disease is still being confirmed, the B.C. SPCA is asking people to temporarily take down their bird feeders to help control the spread of salmonella.

Andrea Wallace, the manager of wild animal welfare at the B.C. SPCA, says bird feeders are a way that disease can spread very quickly among among the birds.

“Bird feeders are a congregation point where birds will come and feed close together in an unnatural environment,” Wallace said to host Kathryn Marlow on CBC’s All Points West.

“If you think about how birds would naturally forage for food, they are distributed over a wide area and they are not coming into contact with each other so closely.”

So far, Wallace says, it’s only really been pine siskins that have been affected by the illness — and she’s says it’s not entirely clear why.

“It is really disheartening to see so many of them coming into care this year. We had absolutely nothing like this last year or even the year before, so it’s pretty alarming when its happening in these kind of numbers.”

Some symptoms of an infected bird include lethargy, difficulty breathing and a puffed-up appearance.

“These birds can be very lethargic and not respond to predators. They can also become disoriented and hit windows,” Wallace said.

If you do encounter an infected bird, Wallace says you can get the bird to a wildlife rehabilitation facility. Wear gloves and use a blanket before picking up the bird, and place it in a fabric-lined, well-ventilated box for transport.

“One thing we don’t want is these birds to be out in the wild and suffering unnecessarily and also potentially infecting other animals.”

Is small-scale nuclear energy an option for the N.W.T.? 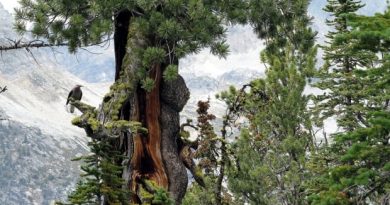