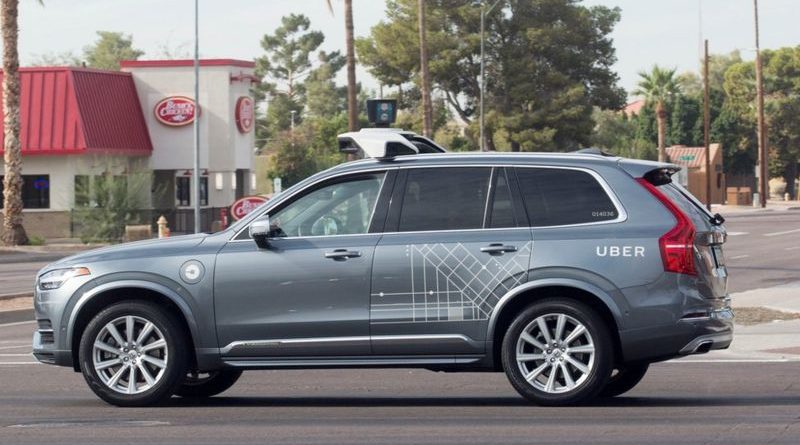 Tech
September 16, 2020September 16, 2020 Mahir Daiyan 0 Comments
The back-up driver of an Uber self-driving car that killed a pedestrian has been charged with negligent homicide.
Elaine Herzberg, aged 49, was hit by the car as she wheeled a bicycle across the road in Tempe, Arizona, in 2018.
Investigators said the car’s safety driver, Rafael Vasquez, had been streaming an episode of the television show The Voice at the time.
Ms Vasquez pleaded not guilty, and was released to await trial.
Uber will not face criminal charges, after a decision last year that there was “no basis for criminal liability” for the corporation.
The accident was the first death on record involving a self-driving car, and resulted in Uber ending its testing of the technology in Arizona.

Lengthy investigations by police and the US National Transportation Safety Board (NTSB) found that human error was mostly to blame for the crash.
Ms Vasquez was in the driver’s seat, and had the ability to take over control of the vehicle in an emergency.
Dash-cam footage released by police showed Ms Vasquez looking down, away from the road, for several seconds immediately before the crash, while the car was travelling at 39mph (63km/h).
Records from the streaming service Hulu also seemed to show that her device had been streaming a television show at the time.
A police report from June 2018 labelled the fatal collision as “entirely avoidable” if the driver had been watching the road.
The NTSB, meanwhile, identified the probable cause of the accident as failure of the operator to monitor their surroundings, and the automated system, “because she was visually distracted throughout the trip by her personal cell phone”.
NTSB vice chairman Bruce Landsberg wrote in the report: “On this trip, the safety driver spent 34% of the time looking at her cell phone while streaming a TV show.”
Ms Vasquez was charged on 27 August, and made her first appearance in court on 15 September. The trial is now set for February next year.
In May 2018, when Elaine Herzberg was killed, confidence in autonomous vehicle technology was at an all-time high.
Everyone from Elon Musk to the British Chancellor Philip Hammond was telling us that robo-taxis and other autonomous vehicles would be on the roads within a couple of years, cutting congestion and delivering a big boost to road safety.
But the accident in Arizona punctured that confidence.
It showed that however smart the machine learning in the autonomous systems, mixing robots with humans as cars made the journey towards full autonomy was going to prove a real challenge.
Not only did Uber have to halt its testing programme for a while, but rivals such as Google’s Waymo became notably more cautious in their trials. Only today it is being reported that the Chinese tech giant Baidu is pushing back the full rollout of its robo-taxis until 2025, partly because of confusion about regulations.
As long as “self-driving” cars still need a human safety driver behind the wheel, there will be confusion about whose fault it is when something goes wrong – but going fully autonomous is such a huge leap that even the boldest tech firm is likely to be very cautious about going first.
Despite the decision not to levy criminal charges against Uber itself, the company did not escape criticism.
The NTSB report said that Uber’s “inadequate safety risk assessment procedures” and “ineffective oversight of vehicle operators” were contributing factors. It accused the company of having an “inadequate safety culture”.
The vehicle’s automatic systems failed to identify Ms Herzberg and her bicycle as an imminent collision danger in the way they were supposed to, the NTSB found.
Days before the crash, an employee had warned his superiors that the vehicles were unsafe, were routinely in accidents, and raised concerns about the training of operators.
Following the crash, authorities in Arizona suspended Uber’s ability to test self-driving cars on the state’s public roads, and Uber ended its tests in the state. It received permission to carry out tests in the state of California earlier this year.
Source News

An encounter with the real stuff