The blue whale that caused a worldwide stir when it washed up in Trout River, and later moved on to mainland fame at the Royal Ontario Museum, has made its way back to the tiny Gros Morne town — in a vastly different form.

Still Life III (Narratives of Loss) is a new public artwork that captures both the majesty and melancholy of the animal’s rather famous post-mortem experience, and is appropriately immense and striking in its own right: an image that stretches along 24 feet of the side of the fish plant on Trout River’s waterfront.

It depicts the whale’s assembled skeleton overlaid with projected images of nearby Bonne Bay, the water dazzling and dappling its bones in shades of vibrant blue. For a brief moment, the image feels as if it swims, the whale somehow at home again in the waters of western Newfoundland instead of suspended inside a storage facility in the mundane depths of southern Ontario.

“This photograph kind of combines a number of different elements — I was thinking a lot about still-life depictions, but also the history of magic lanterns and photography,” said the artist responsible for the image, Marc Losier.

Tracing connections between different places comes naturally to Losier, who knows a thing or two about being divided between Newfoundland and the mainland, having spent most of his life in Toronto prior to moving to Corner Brook in 2016.

When the whale (the real one) first appeared on Trout River’s tiny shoreline in April 2014, he was living in California, and it speaks to the whale’s notoriety that he remembers reading headlines about it while on the continent’s west coast. At that same time, I was writing some of those headlines, driving out through the mushy mist of the Tablelands as a CBC TV reporter to film what, exactly, was causing such fuss and frustration among locals.

What greeted me then was the billowing carcass of the largest animal to have ever lived on Earth, its bloated belly jiggling in the surf after its death earlier that winter, one of nine blue whales to do so off Newfoundland’s west coast. It dwarfed the people I interviewed who couldn’t figure out what to do with the thing, which was the size of two school buses laid end-to-end, its organs turning into a stinky pudding that promised to at worst explode and at best ruin summer tourism.

The townspeople’s cries were amplified by CNN, the BBC, and caught the ears of the ROM in Toronto, who took on the fairly gross task of dissecting the whale and dragging it off to eventually be a feature exhibit at the museum in 2017, drawing huge crowds.

“The whale was quite popular,” said Trout River Mayor Horace Crocker, who noted the mayor at the time travelled up to Toronto to see it, with the ROM giving free admission to anyone from the area.

When Losier learned of the whale’s saga after his Newfoundland arrival, it sparked an idea for the Narratives of Loss series, which includes other photographs besides the one up in Trout River.

“I was just struck by how the death of nine blue whales, learning that they had drowned under sea ice hunting for food further north than they would normally do, just because the amount of pack ice that was there — it’s just this incredible tragedy, isolated to this particular place,” he said.

The bones of extinction

Losier took in the whale’s ROM debut and, working closely with museum staff, visited and photographed the skeleton after it was taken off public display and moved to a warehouse in Trenton, Ont.

“You don’t really appreciate it until you see it. For me, I felt almost like a physiological kind of reaction to it — almost makes you feel in some ways nauseous, it’s just so big and imposing,” said Losier, who is also a professor of photography at Corner Brook’s Grenfell Campus.

It took a while for Losier to figure out exactly how he wanted to capture the whale — “they’re easy and difficult to photograph, kind of at the same time” — but he settled on a composite image, with the final product made up of about a dozen individual photographs, mimicking the process of assembling the whale skeleton for the museum.

Ideas about museums run through the work, as Losier researched how trends have changed in the way such institutions display whales. Lifelike models such as the one in New York City’s American Museum of Natural History have given way to presenting starker skeletons that carry with them echoes of extinction, he said.

“Museums have shifted in the last maybe five to 10 years around the world. Natural history museum museums have begun to supplant their dinosaur exhibitions with a lot of great whale exhibitions,” he said.

Themes of extinction, mingled with climate change, give a mournful quality to the work that undercuts its vivid colours.

“I feel like the project certainly definitely has a little bit of melancholy to it,” Losier said.

The loss of the nine blue whales in 2014 was a massive blow to the endangered species, which number only about 250 in the North Atlantic.

Standing in front of Losier’s work on Boxing Day 2020 — a bizarrely blue-skied, 10 C day, much warmer than that miserable “spring” day I endured in 2014 — his echoes of climate change and extinction ring true.

But the work also emphasizes the transformation and connection between Trout River and the worldwide fame of its whale, and Losier said he had wanted from an early stage to bring his work back to Gros Morne.

“Outside of a small placard, there isn’t very much in the way of programming, or any sort of history of that event in Trout River. And I thought it just seemed like there was something missing there,” he said.

Arts group Creative Gros Morne commissioned Losier to install the piece in the area, and  Crocker helped co-ordinate the whale’s artistic return in early December. The piece sparkles from a number of viewpoints within the town, and Crocker said it’s been a hit, with travellers coming in to admire it and locals stopping by on their quads.

“It is beautiful. A lot of people have commented,” Crocker told CBC News, adding it’s worth walking through the town to gain some perspective on the work’s size and scope.

“By looking at it from the wharf itself, it’s a bit too close; you almost need to go across the river to get a farther look at it. And it is a beautiful piece of work, no doubt.”

So far, Losier said, he’s received lots of positive comments on the piece.

“Sometimes [when] you put something up in public space, you don’t really know how people are going to react to it. So the feedback been really great so far and I’m really, really grateful for that,” he said.

Still Life III will spend the winter and spring on the side of the fish plant, and Crocker said the town is in talks to have the work donated to its small museum afterwards, and keep the whale’s legacy alive.

“We’re trying to build our tourism around the blue whale thing, and it’s going over good,” he said. 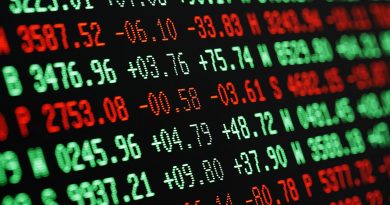