The European Space Agency released a series of photos showing the first perspective of the Earth, Venus and Mars seen from the sun’s perspective.

The photos, forming a four-second movie, were taken by the ESA and NASA’s Solar Orbiter, which has been working its way toward the sun, where it will go into orbit later this year.

As the spacecraft approached Venus for its first gravity-assist flyby toward the sun, the cameras were turned back toward space to capture a view of the solar system from the inside out. Fortunately, the three planets lined up in a row like bright stars in a constellation that fit into the camera’s view.

Venus is brightest because it is closest. Earth and Mars are dimmer because of their greater distances. All three planets can be seen moving against the background stars.

This is the latest in a series of photographs from spacecraft sent to different parts of the solar system, where the scientists try to look back and capture pictures of our home planet like tourists thinking of home when visiting faraway places.

Earth self-portraits over the years

The first picture of Earth from another world was taken from the moon in 1966 by the Lunar Orbiter, followed in 1968 by the famous Earthrise colour photo taken by the crew of Apollo 8, the first humans to leave low Earth orbit, and the first to see the whole planet all at once with their own eyes. (Astronauts aboard the International Space Station are only 400 km up, not high enough to see the whole globe.)

Since then several robots have looked back over their shoulders to see home from afar.

Voyager 1 was the first to capture both the Earth and moon in the same frame in 1977 as it departed for Jupiter and Saturn. The image of the moon had to be brightened to be seen because it is much darker compared to the Earth, and the distance between the two is misleading because the moon was slightly behind the Earth in its orbit so it looks closer.

The most dramatic image is the first movie showing the Earth rotating in space, taken over 25 hours by the Galileo spacecraft in 1990. The probe was on its way to Jupiter by way of a gravity assist from Venus and had the fully lit Earth in view long enough to actually see it move.

Several shots of the Earth as a bright dot above the horizon have been taken by rovers on Mars, while the Cassini spacecraft captured our planet shining through the spectacular rings of Saturn.

And finally, the most distant image, famously named the Pale Blue Dot, was taken from the outer edge of our solar system in 1990 by Voyager 1, the same spacecraft that saw the Earth and moon together 13 years earlier.

Over the course of these remarkable self-portraits, the Earth has undergone many changes. Human population has more than doubled from less than 3.5 billion to nearly 8 billion. The planet is wrapped in an instant communication network, a million species are at risk of extinction, ice has vanished while the atmosphere has warmed.

When our entire planet and everyone on it is reduced to a small bright dot in the sky, these changes are not visible and our human conflicts seem insignificant.

While there are millions of other planets scattered across the galaxy, we have yet to find another one like Earth, and even if we do, it will be too far away and out of reach by current technology to provide an alternate home.

It is humbling to see ourselves as just a dot, but it is the only dot we have.

Something that small shouldn’t be too hard to take care of, should it? 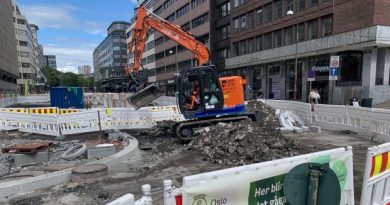