With sea ice levels in the Arctic at the second lowest level in recorded history this year, and global temperatures continuing to rise, a group of engineers in California believe they have a possible solution to slow down further heating of the Earth’s atmosphere. They want to make the ice whiter by coating it with glass.

This is the latest entry in a series of large scale climate manipulation proposals known as solar geoengineering. The idea is that we can offset some of the warming caused by heat trapping greenhouse gases by reducing the amount of sunlight that adds heat to the planet.

The best known of these ideas is to scatter aerosol particles in the upper atmosphere to reflect some of the sun’s light back into space.  This is an idea that Canadian researcher David Keith at Harvard has investigated.  But there have been many other, more exotic proposals as well. Years ago I spoke to a researcher who proposed placing an array of huge sun shades in space between the Earth and the sun to reduce incoming solar radiation.

Glass beads on Arctic ice to make it more reflective

A recent entry in this category is from engineers at the Arctic Ice Project.  A recent report from the BBC outlines how they’ve been experimenting with an approach involving small glass beads that could be spread in vast numbers on top of Arctic ice to make it more reflective.

Ice at the top (and bottom) of the world does a good job of reflecting sunlight back into space and keeping our planet cool. But as temperatures have risen due to climate change, the amount of Arctic ice has been decreasing during summer, revealing more dark sea water that absorbs sunlight. This creates warmer temperatures, which melts more ice, exposing more sea water, in a vicious cycle known as a “feedback loop.” The loss of ice, which is a result of warming, is leading to more warming.

When the Arctic sea ice hit its summer minimum this year, it covered 2.5 million square kilometres less of the Arctic ocean than it used to on average in the 80s and 90s.

The Arctic Ice Project researchers hope to reverse this trend, and preserve or perhaps even rebuild Arctic sea ice by making it even more reflective. They’ll do this by scattering tiny, super-reflective beads of silicon dioxide — the same material as beach sand — on the ice.

In a 2018 paper, the researchers outlined their plan. They’d done experiments on frozen lakes in the U.S. and Canada, which showed that the glass beads adhere to ice and act as sunlight reflectors, similar to the glass beads embedded into road signs to reflect headlight beams back to a driver at night.

They proposed that glass treatment of large swaths ice off the coast of Greenland could make a meaningful difference to ice protection.

They also evaluated some of the potential risks, including some limited tests of the toxicity of the sand-like glass particles on fish and birds.

Geoengineering isn’t a solution. It just buys us time.

But in truth, it would take vastly more research to understand the real risks of a proposal like this to things like marine microorganisms.  And this would be a multi-billion dollar mega-project that countries of the world would have to agree to, and fund.

And all of these geoengineering approaches are manipulating global systems, so they come with potential risks on a global scale. Some proposals for reducing solar radiation could cut down on plant photosynthesis affecting crop growth. Weather patterns could be affected as artificial cooling in one region of the atmosphere could alter rainfall patterns or prevailing winds elsewhere.

Scientists working on geoengineering agree that it is not a solution to climate change, but rather an interim plan to slow down or prevent catastrophic damage in the short term. It could buy us some time while we make the transition to cleaner energy production that will reduce carbon emissions.

That, of course, is a process that’s been painfully slow.

Despite grand claims by world leaders going back to the Rio ’92 Earth Summit, through the 2005 Kyoto Protocol, 2009 Copenhagen Summit and most recently the 2016 Paris Agreement, global carbon emissions have continued to rise.  And that extra CO2 will be in the atmosphere, affecting our climate, for centuries.

Radical concepts such as these might provide short term results the way bailing a leaky boat with a bucket will keep it afloat. It works for a while, but even the proponents of these projects say that eventually you have to plug the hole. 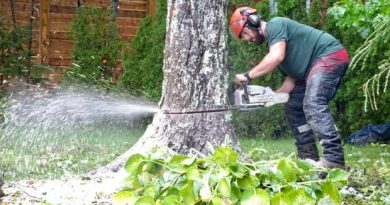