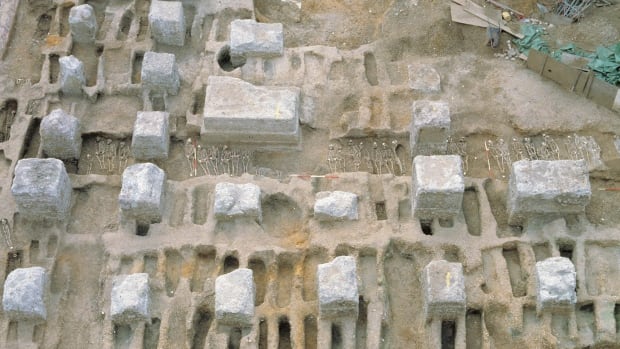 Plague outbreaks picked up speed between the 14th century and the 17th century, according to a new study out of McMaster University that researchers say relates to the current pandemic.

A team of statisticians, biologists and evolutionary geneticists pored over wills and testaments, parish registers, and the London Bills of Mortality to determine death rates during plague outbreaks in London, England.

David Earn, a professor in the Department of Mathematics and Statistics, an investigator with the Michael G. DeGroote Institute for Infectious Disease Research and lead author of the study, said the easiest way to understand the growth rate of the different plagues is to look at how long it took the number of deaths to double.

“In the 14th century, the doubling time was about six weeks. So, if there are 100 deaths today, it would take six weeks before you saw 200 deaths,” he said, referring to the Black Death of 1348 which is estimated to have wiped out one-third of Europe’s population.

By the time of the Great Plague in 1665, “the doubling time was more like about a week and half,” said Earn.

Previous studies have identified yersinia pestis as the pathogen that causes the plague. Earn said it barely changed genetically over the centuries, and still gave rise to very different plague patterns.

Although there’s a lot of work to be done to understand why the patterns were so different, said Earn, there are some speculations about what changed between the centuries.

The most obvious, he said, was that population size and density had grown by the 1600s.

“It’s also true that over the 300 years that we’re talking about, the climate actually changed,” he said. “The actual temperature and humidity would have been different, noticeably, in these epochs, and it’s possible that contributed to the spread of the disease.”

The social structure had also changed. In the 14th century, different classes mingled more than in the 17th century, when the wealthier people congregated in the heart of the city, said Earn.

“That would have influenced patterns of contact,” he said. “It’s also possible that it was actually the mode of transmission that was different.”

Knowing that the same pathogen can yield very different results is applicable to the COVID-19 pandemic, said Earn. “It wouldn’t be surprising if COVID-19 has very different growth rates in different settings whether it be some rural setting or a big city or different countries or different parts of the world with different climates.”

Earn hopes that the study, which was published Monday in the Proceedings of the National Academy of Sciences, will spur more research to understand historical rates of epidemic spread.

“I think that could be very enlightening,” he said.