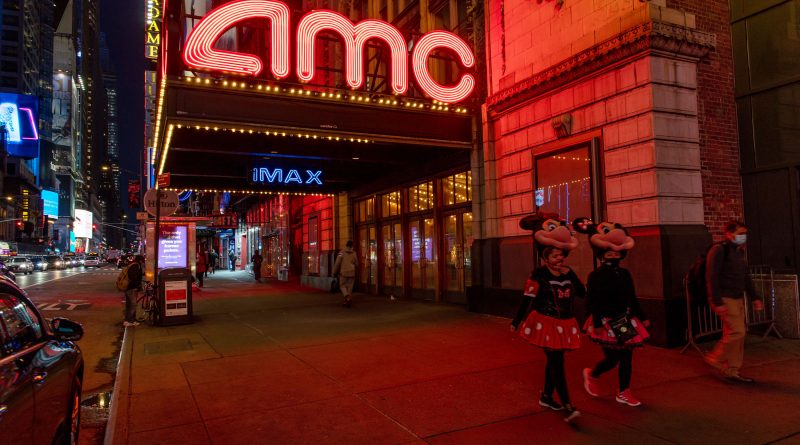 Street performers in Minnie Mouse costumes pass in front of an AMC movie theater at night in the Times Square neighborhood of New York, Oct. 15, 2020.

IBM – Shares shed more than 6% after IBM’s third-quarter results showed a third straight quarter of declining revenue. The company earned an adjusted $2.58 per share for the quarter, which was in line with Street forecasts, while revenue was slightly above consensus estimates. IBM did not issue current-quarter guidance due to ongoing uncertainty surrounding Covid-19.

AMC Entertainment — Shares of the movie theater chain sank 12.7% after the company warned of a possible bankruptcy in a security filing related to a secondary stock offering. The company said it could burn through its existing cash by the end of 2020 or early 2021 without additional liquidity.

Travelers — The insurance stock gained 5.6% after it reported better-than-expected results for its third quarter. Travelers reported $3.12 in adjusted earnings per share on $8.28 billion of revenue. Analysts surveyed by FactSet were looking for $3.03 per share and $7.59 billion. The company reported growth in its underwriting business and its investment income.

Procter & Gamble – Shares rose 0.4% after the consumer giant reported better-than-expected quarterly results. The company said its earnings per share came in at $1.63 in its fiscal first quarter, versus $1.42 expected per Refinitiv. Its revenue rose 9% as the pandemic fueled higher demand for its household products. P&G also raised its sales outlook for fiscal 2021.

Synchrony Financial — Shares fell 5.1% after reporting disappointing sales for the third quarter. The company made $3.46 billion in revenue, missing estimates of $3.49 billion, according to Refinitiv. Earnings came in in line with estimates at 72 cents per share.

Comerica — The bank’s stock rallied 4.9% after reporting earnings that topped analyst expectations. Comerica earned $1.44 per share, above the 83 cents expected on Wall Street. Revenue came in at $710 million, higher than the forecast $696 million.

UBS — Shares of the bank rose 5.3% after reporting its quarterly profit doubled, driven by strong investment banking and a boost in profit from its wealth management division. UBS also set aside $2.5 billion for potential dividends and stock buybacks.

Revlon – The stock price dropped 3.6% after its warning to bondholders that they might not get paid if the company’s distressed-bond exchange fails. The embattled cosmetics retailer said that without 95% participation from bondholders, most of the company’s debt will accelerate and become payable next month, in which case the bonds could be worth next to nothing.

PPG Industries – Shares gained more than 1% but closed around the flatline after the company reported third-quarter earnings. The paint and coatings maker earned $1.93 on an adjusted basis, which topped estimates by one cent. Revenue also came in above forecasts. 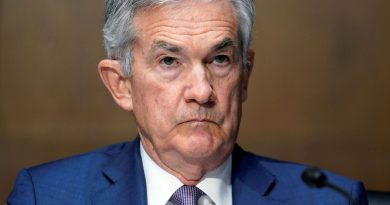 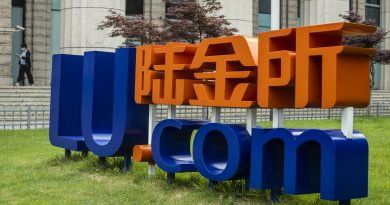