The N.W.T. government spent more than a quarter of a million dollars to shoot 36 wolves from a helicopter in the spring of 2020.

The numbers came in response to a question from Frame Lake MLA Kevin O’Reilly during a technical briefing on caribou management Oct. 28.

Minister Shane Thompson and officials with the department of Environment and Natural Resources briefed the standing committee on economic development and environment on the proposed four-year wolf and caribou management program currently under review by the Wek’èezhìı Renewable Resources Board. The program is proposed jointly by the N.W.T. and Tłı̨chǫ governments.

A pilot program in the spring of 2020 killed 54 wolves who feed on the declining Bathurst and Bluenose East caribou herds.

Eighteen wolves were harvested by on the ground harvesters — far fewer than expected. Aerial surveys and shooting in March and April resulted in another 36 killed.

An email from ENR spokesperson Joslyn Oosenbrug notes that costs were higher for the pilot project than anticipated for future years because of the need for initial research.

Oosenbrug also noted costly operational challenges due to COVID-19. In all, 44 per cent of the hours flown for aerial surveys “were spent on ferrying flights to and from the survey area” because COVID-19 meant crews couldn’t be based in smaller communities.

The department has budgeted $500,000 per year for the next four years of the project, with additional supports for harvesters.

In his briefing, Thompson told the standing committee that staff had carefully reviewed similar programs in Alaska, B.C. and Alberta, and held three workshops with wolf experts before designing the program.

Yellowknife North MLA Rylund Johnson asked whether there was a better way than aerial shooting.

Thompson replied that they’d tried “every possible way” to get the number of wolves down through ground harvesting. “We were not successful.”

Brett Elkin, assistant deputy minister with the department, said the cull was being performed in the most humane way possible. He referenced research in Australia that found the quality of the marksmen and the techniques applied are crucial factors.

That research pertained to the feral dromedary camel, Oosenbrug said.

Camels were brought to Australia in the 19th century, before vehicles were widely available, according to the Australian government’s national feral camel action plan. When the internal combustion engine arrived, camels were abandoned, leading to their proliferation in the wild. 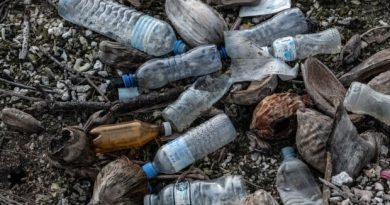