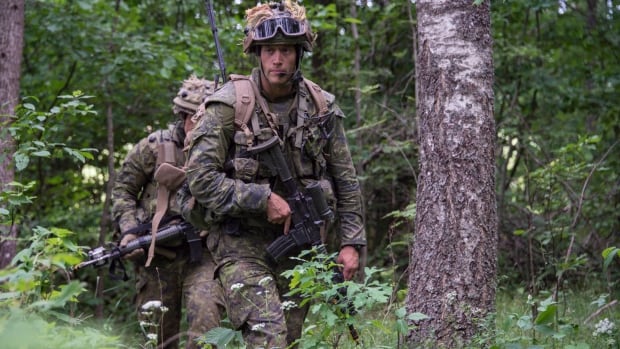 From chameleon-inspired camouflage to clothing that mends itself when damaged, the Department of National Defence is looking to outfit Canadian troops with next-wave gear that provides better protection — and less detection — on the battlefield.

Those are just two technologies in a long list of cutting-edge scientific advancements that DND is spending $9 million over three years to research, spearheaded by five Canadian universities.

That technology exists and is being worked on right now, he said.

Fournier and the researchers working for DND are tight-lipped on details about how effective this kind of technology is and exactly how it works. DND did not supply CBC with any images of the proposed designs.

“I’m not sure we’re allowed to talk about it all that much yet,” said Shona McLaughlin, defence scientist portfolio manager with the federal Innovation for Defence Excellence and Security program.

A handful of businesses are also helping with the research, including athletic apparel manufacturer Lululemon Athletica and engineering and manufacturing firm Precision ADM.

Each university is researching what’s known as advanced materials, which are engineered to perform a variety of specific functions. Some of those materials can be fashioned into clothing that repairs itself.

As an example, McLaughlin said a capsule could be embedded in a shirt or armoured vest that, when the garment or gear is damaged, bursts and releases a liquid or foam that solidifies and seals the hole.

Research is also being done on new materials that may one day replace Kevlar and ceramics as the chief components of body armour.

“Now we’re looking at materials where we can actually tune the properties, we can make them lighter weight, stronger and less bulky,” said McLaughlin.

The goal is to have armour that holds up better to bullets, high-velocity ballistics and shrapnel, and is more comfortable for the wearer.

It’s innovation that would be extremely helpful to troops on the battlefield, said Randy Turner, a retired special forces soldier with years of experience in combat zones.

Turner was part of the Canadian Armed Forces Joint Task Force 2 (JTF2), a highly trained unit that handles complex and risky missions throughout the world. He had tours of duty in Afghanistan and Bosnia.

On average, Turner said soldiers carry around 60 to 65 pounds of equipment when they’re on duty.

“A soldier spends a lot of time on his feet and he’s moving in and around vehicles. Anything that could be a little bit smaller, a little bit lighter, would also be a little less taxing on the individual’s body,” said Turner.

The adaptive camouflage and self-repairing clothing are also of interest to Turner. He said anything that helps a soldier blend in is useful. Rips and tears in uniforms and damage to boots are also common, so clothing that repairs itself would be helpful.

Still, he’s apprehensive about the technology and questions whether wearable tech could distract military personnel from their job.

“Has anyone asked, you know, what a soldier needs? Has anyone done a real hard needs assessment on what an infantry unit, for example, requires right now? I’m willing to bet the first thing that comes to mind is not going to be a uniform,” said Turner.

Other areas of protection

He said the $9 million being spent on the research could be used for other things.

“That’s a lot of money that could be, in my opinion, better utilized to give an infantry unit some bullets so they can train and become proficient with their firearms,” he said. “Give some quality training to soldiers, and that is a level of protection.”

At the universities, research continues with teams experimenting with fabrics that can block radio signals and printable electronics that can be woven into clothing.

Printable electronics could perform a number of functions, according to McLaughlin, but she said monitoring a military member’s health is high on the list.

“It could be for health monitoring, if you want to make sure your soldiers are not overly stressed because they’re in a hot environment … the heat, the blood pressure, the actual stress from the exertion, those things you might want to keep tabs on,” she said.

Fournier has no doubt these new systems could help save lives.

“Our soldiers go all over the world for all kinds of missions,” he said. “Just to inform them, for example, [that] they’re getting dehydrated … It could have an impact on how missions would happen, for sure.”

Teams have been working on this research for a little over a year and while progress is being made, no one has come forward with a finished project. Fournier said work like this can take years and there’s no guarantee of a final product.

He said the important thing is that researchers are moving the science of advanced materials forward.

“In the end, we may not end up with a new protecting gear, but we will have learned a lot about making that protective gear in the future,” said Fournier.

“It’s not as simple as throwing everything in a pot, stirring it, and boom — you’ve got a material,” she said.

“There’s processing challenges that [researchers] have to overcome. So that’s one of the big things that they’re working on right now … how to actually create these things and how to evaluate them.” 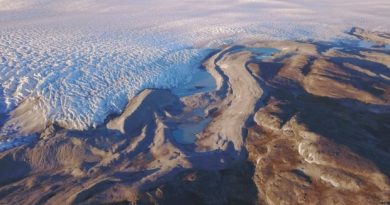