The Quebec government’s vision of a greener future will look very familiar to us residents of the present.

In the vision that Environment Minister Benoît Charette outlined on Monday, Quebecers will still own cars. They’ll just be driving electric ones.

And Quebecers will still own spacious homes in the suburbs. They’ll just be living in more energy efficient ones.

But the future Quebec, as Charette has imagined it, will be different from the present in at least one major respect: the province will be on track to meeting its main climate change goal.

The $6.7-billion climate change plan that Charette announced on Monday was meant to detail how the province will reduce its carbon footprint by 29 million tonnes of CO2 over the next 10 years.

While that remains Quebec’s stated goal, the plan only identifies a series of measures that will result in a reduction of 12.4 million tonnes of CO2 by 2030, according to the government’s own accounting.

The 17.4-million tonne difference will be achieved through unspecified technological advancements and a contribution from the federal government, also unspecified.

The gap was glaring and left environmentalists calling on the government to specify how the province will meet its 2030 targets.

“By itself the plan won’t be enough to address the challenges presented by the climate crisis,” the climate advocacy group Équiterre said in a statement.

But many Quebecers may find something soothing about the plan. It sends the message that the climate crisis can be averted with little disruption to their lifestyles.

The capstone measure in the plan is the pledge to maintain the $8,000 subsidy that Quebecers receive when they buy a new electric car. Total cost: $1.3 billion over five years.

With that in place, the government believes it can have 1.5 million electric vehicles driving around the province by 2030.

Energy policy experts have pointed out the subsidy is, in effect, a massive cash transfer to the higher income households that can afford electric cars.

(An example provided by the government of how the subsidy works shows the benefits of buying a $56,000 Nissan Leaf instead of a $38,500 Altima.)

It also does little to address the ways vehicle ownership, whether electric or not, contributes to climate change. Cars require roads, roads require space and space requires energy.

Car ownership, moreover, continues to make suburban living attractive for many Quebecers. But suburbs — at least as they are currently planned — generate serious side effects for the environment.

They eat into precious green space, for instance, and their more spacious homes are expensive to heat in winter and to cool in summer.

“We have to rethink the suburban dream,” said Samuel Pagé-Plouffe, head of public affairs for an urban planning think- tank, Vivre en Ville.

The reality of Quebecers

That is not something the government is interested in doing. It was elected, after all, by suburban and rural voters on a platform almost completely shorn of environmental policy.

When he was consulting with environmental groups about what to include in his plan, Charette was urged to raise gas taxes or use other fiscal measures to dissuade people from driving.

On Monday, Charette suggested the proponents of such measures were disconnected from the public.

“It’s easy to have a negative judgment of cars when you live in a very urbanized environment, where the grocery store is two blocks away, and the school is on the next block. But that’s not the reality of a majority of Quebecers,” Charette said.

He also made it clear he doesn’t share the “alarmism” expressed by many environmental activists. Without that sense of urgency, the government doesn’t see why it would rush suburban Quebecers into adopting new ways of living.

Its climate change plan is a $6.7-billion bet they will come around on their own, and in time to make a difference. 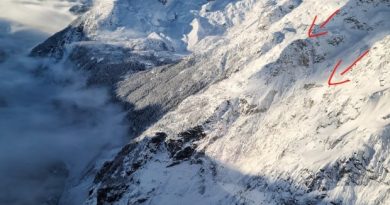 Researchers seek cause of massive B.C. rockslide that carved a new canyon

Canada joins U.S.-led Artemis Accords to send human explorers back to moon and beyond