An elderly male grizzly bear is likely enjoying plenty of berries deep in the Squamish Valley after his recent presence in a Squamish neighbourhood prompted his capture and relocation on Sunday by the B.C. Conservation Service.

Sgt. Simon Gravel with the conservation service said officers received multiple calls about the grizzly wandering through the Brackendale neighbourhood.

“I think a lot of people here have a certain level of tolerance for black bears,” Gravel said. “But when the 700-pound grizzly bear showed up, the tolerance is a bit less. So we got multiple calls for that.”

The bear had classic grizzly features: a prominent hump, dark brown colouring, and extremely long claws. Gravel said the bear is probably between 20 and 30 years old.

“It’s hard to exactly tell, but he was a very old bear. They have a lifespan of about 30 years,” he said. “And it’s correct to say that he was at the end of his life.”

Take a closer look at the grizzly’s claws: 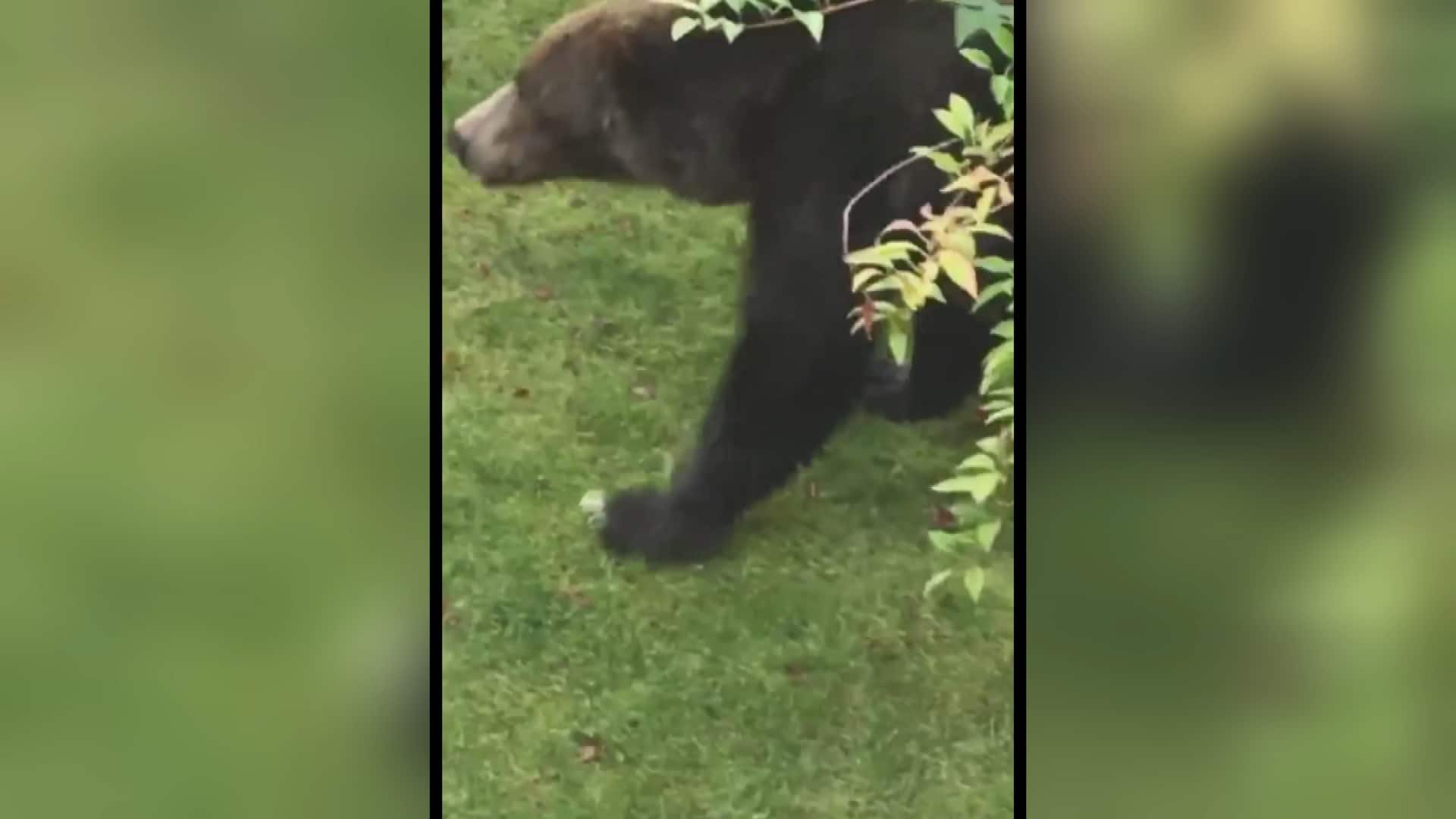 A grizzly bear, spotted walking through a Squamish neighbourhood, was captured by conservation officers Sunday. 0:14

This is the second grizzly that has been captured in Squamish this month, even though grizzly bear sightings are  typically rare in town. Gravel says that’s possibly because the grizzly population is increasing in the region, and with more bears, there’s more competition for resources.

“Those younger bears or older bears are venturing themselves to claim territory, and if they do find food in a community like Squamish, they will stay,” he said.

Gravel says incidents like this make clear how important it is for residents to secure all bear attractants — like fruit from trees, or garbage, or bird feeders.

“The important message, again, is just to give them no reason to stick around and make sure they move on,” he said.

In this case, after consultation with a wildlife biologist, officers decided the bear was a good candidate for release further up the Squamish Valley.

“There’s so many berries … right now where he was released. And we’re hopeful that he’s going to enjoy those huckleberries and blueberries and stay there,” said Gravel.

Gravel says while they’re hoping there won’t be any more grizzly bear relocations this year, he recommends anyone who sees a bear to call the conservation service as soon as possible.

“Early intervention is key because we can change the fate of this bear,” he said. “If the grizzly bear was in garbage and in fruit trees for weeks, our options would have been a lot more limited.”

N.W.T. temperatures soar above zero, breaking a record and causing some problems