Last week, CBC News reported a glitch prevented the app from functioning properly on some smartphones for much of November. The federal agency developing the app initially said an update released on Nov. 23 fixed the problem.

A Health Canada representative has now acknowledged the fix only solved the problem on Android devices, and “there are some instances of something similar happening” on iPhones. The glitch leaves open the possibility that some users with an Apple device have not received notice to seek a COVID-19 test or self-isolate in a timely manner.

COVID Alert is designed to take note when two users spend at least 15 minutes less than two metres apart. If a user later tests positive for COVID-19, they can use the app to anonymously notify contacts of potential exposure.

Lucie Vignola, a director of Health Canada’s COVID-19 task force, declined to provide a timeline for when the issue may be resolved. She also said built-in privacy features prevent officials from knowing how many iPhones may be affected.

“The priority was to focus on the fix for Android because it was a more widespread issue,” Vignola said in an interview. “Now that that has been dealt with, we’re looking at the iOS fix,” referring to Apple’s smartphone operating system.

Health Canada’s acknowledgement appears to contradict a statement issued last week by the Treasury Board of Canada Secretariat, which houses the app’s development team at the Canadian Digital Service (CDS).

At the time, a spokesperson said “the fix was issued by Apple and Google.” An update was indeed released on Nov. 23, but it was not made clear that the fix failed to repair the malfunction in all iPhones.

Vignola suggested iPhone users should “open up the app every couple of days just to make sure that it’s working properly.” This represents a shift in the way many Canadians use the app, which has been promoted as a means to help curb the spread of the coronavirus while simply running in the background.

“It’s something you can just download and forget about,” Prime Minister Justin Trudeau said in June when he announced the app would be coming soon.

Users are now being told the opposite: don’t forget about the app, and do ensure it’s working.

Vignola said on some smartphones, there was a risk COVID Alert wouldn’t run in the background if it wasn’t opened once in a while, in which case the device would classify it as a rarely used app.

Opening the app is meant to ensure the smartphone performs exposure checks — when a device communicates with a central server to determine whether any close contacts reported a COVID-19 diagnosis. COVID Alert is supposed to send a notification, without prompting from the user, if they’ve been in proximity to someone who later tested positive.

“Opening your app will also trigger checks in your phone. It’s a good thing to do,” the CDS tweeted on Tuesday.

A federal government COVID Alert information page was updated on Oct. 30 to say, “Make sure to open the app once a day.” This is not among the information presented when someone installs COVID Alert.

The CDS and Health Canada have not confirmed when the bug first appeared. Last week, a federal spokesperson said the glitch had first been reported to officials in early November.

Other users have since suggested their app stopped working much earlier.

Liliane Keryluk, a civil servant in Ottawa, showed CBC News her device logs indicating her iPhone had not carried out exposure checks for more than two months, from Sep. 10 to Nov. 21. She said her smartphone’s Bluetooth, the wireless function on which the app relies, was enabled the entire time.

“It’s disappointing,” she said, “and it causes a bit of anxiety … maybe I was around someone who tested positive and I wasn’t notified.”

Gaps in your #COVIDAlert exposure logs can happen for a number of reasons:

– Bluetooth being turned off
– Settings in your phone preventing COVID Alert from running in the background
– A bug pic.twitter.com/TqQSicsndN

Users can look for themselves whether their smartphone has been carrying out exposure checks. However, the process involves several steps in the iPhone or Android device’s settings, which may be unfamiliar to some users.

Andrew Urbaczewski, an associate professor in business information and analytics at the University of Denver who has studied similar apps in various countries, said adding extra steps will deter some users.

“People are basically lazy,” he said in an email, pointing to the widespread use of easy-to-guess passwords and bank PINs such as “1234.”

“If [users] are made to do one or two more steps, the likelihood of them knowing that they need to do these steps to have it be effective, deciding that it is worth the effort, and actually doing it correctly decreases with each of those levels.”

He also said public health authorities in various jurisdictions are having a hard time getting significant uptake for such apps. In Canada, COVID Alert has been downloaded 5.66 million times, and more often on iPhones than Android smartphones, according to data published by the Ontario government.

Ritesh Kotak, a Toronto-based software and cybersecurity expert, suggested the shift in guidance was less significant.

“There will be times where apps just stop working,” he said, and checking COVID Alert regularly will just serve to confirm it’s still functioning.

On Thursday, COVID Alert was updated to include two new features. Users can now disable the app without turning off Bluetooth, a feature geared toward health-care workers who wear protective equipment on the job.

And users who receive an exposure notification now have a way of clearing it from their screen after they receive their own negative test result. Previously, the notification would remain on screen for several days.

Health Canada has also said COVID Alert may soon be made available in languages other than English and French. 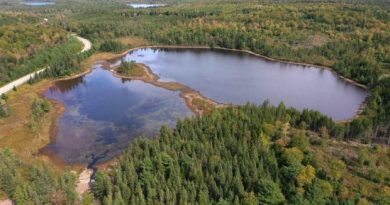 ‘I don’t think I owe that:’ Amherstburg senior who is visually impaired shocked by $13K cell phone bill