In 1985, Chuck Yeager — famous as the pilot who broke the sound barrier — was visiting Canada on a book tour. I had the privilege of meeting him briefly and got a sense of what made him so special.

Yeager, who died this week at the age of 97, had been immortalized in the best-selling book The Right Stuff, by Tom Wolfe, which also inspired the Oscar-winning 1983 movie. Both the book and film presented Yeager as the ultimate test pilot, glorifying his courage and boldness.

In response, he published the real version of his story in an autobiography simply called Yeager. It not only told the story of breaking the sound barrier on October 14, 1947, but covered his entire flying career. He recounted his experiences as a fighter ace in World War II, and the decades after when he served as a test pilot flying experimental aircraft through and past the sound barrier, as well as his military service at postings around the world, including Europe, Vietnam and Korea.

The day I met him, he was about to appear on a morning TV talk show, on which I was also a guest as a science commentator. We were both waiting in the wings to go on air.

People were coming up to him seeking autographs and asking the same old questions, “What was it like to break the sound barrier?” (“Like driving a fast car.”)  or, “Would you like to fly on the space shuttle?” (“No.”).

Of course I was just as thrilled as everyone else to be near him, but I wanted to ask a question that he might actually be interested in talking about.

I knew that even at the age of 63 he was still qualified to fly modern high performance jets, so I asked, “What do you think of the computerized fly by wire control systems on the new jets compared to the cable operated stick and rudder you flew during the war?”

His eyes lit up, a big smile came over his face and he immediately responded, “Oh, planes today can do things we never dreamed of. You can point the nose of an F-15 at the horizon, snap it over into an aileron roll, it will flip you through 360 degrees and that nose will still be right on the horizon. We could never do that.”

I wanted to talk to him more about aerodynamics and aircraft performance, but he was called onto the set for his interview. He gave me a firm handshake, a steely eyed smile and strolled off. For a brief moment I felt a connection to the most famous pilot in the world and had shaken hands with a legend. There definitely was something different about him. He was confident, focused, totally in the moment.

During the television interview he was asked the obvious question about travelling faster than sound, to which he calmly replied that it was actually part of a series of flights where they were studying the effects of shock waves that form around an airplane as it approaches the speed of sound. Air can’t get out of the way fast enough so it forms a highly compressed wave that is responsible for the thunderous sonic boom.

His “Good ‘ol boy” drawl, his easy manner, and absolute love of flying anything that had wings belied an incredible talent.– Bob McDonald on Chuck Yeager

They wanted to know what would happen when the wave travelled down the wing to the control surfaces and whether that would affect the handling. His famous flight pushed through that boundary with success and pushed him into the history books.

Chuck Yeager went on to fly twice that speed and set other speed and altitude records in other experimental aircraft. He flew more than 300 different types in all.

I have been fortunate to shake the hands of other test pilots, astronauts, cosmonauts and even people who have walked on the moon. Some of them were trained by Yeager, and they all have that same focused look, a sense of purpose and dedication to being the best they could possibly  be. But Yeager carried it off in a different, almost humble way. His “Good ‘ol boy” drawl, his easy manner, and absolute love of flying anything that had wings belied an incredible talent.

He didn’t consider himself a hero, just someone doing a job, who happened to be in the right place at the right time. And he loved every minute of it. He also possessed a natural instinct for flying that earned him that job, an instinct many other pilots admired. Whatever right stuff he had, it was a privilege to get a small piece of it, even just for a moment. 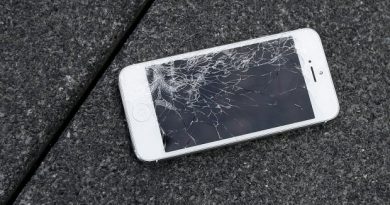 How to make technology greener? Make it easier to repair, advocates say