Justin Giesbrecht was jumping out of his truck to follow some deer into the bush when he saw a mother grizzly bear with three cubs about 150 yards away.

“As soon as you see cubs, you don’t mess around,” said Giesbrecht, an avid hunter. “She is in full protection mode.”

Giesbrecht and his father were near near Wolf Lake Road, southeast of Edson, Alta., on Oct. 31. As soon as they spotted the bears they got back in the truck to wait for them to pass.

That’s when the grizzly turned toward them and began walking slowly toward the truck.

“I thought, ‘Oh great, she’s probably going to do something to my truck,'” Giesbrecht said.

The bear stopped and popped up, right in front of them.

“It was really neat to see because she stood up and you only really see that in the movies.”

This wasn’t Giesbrecht’s first close encounter with a grizzly bear.

A few years ago on a family hunting trip with his dad and brother in B.C., they came across a wolf den. They decided to leave the area but as he turned he saw a grizzly barrelling down on him.

“So the bear hit the alder brush and I fell on my butt and my dad and my brother were standing right there. My dad put a shot up in the air, just to kind of scare it away and it worked.” 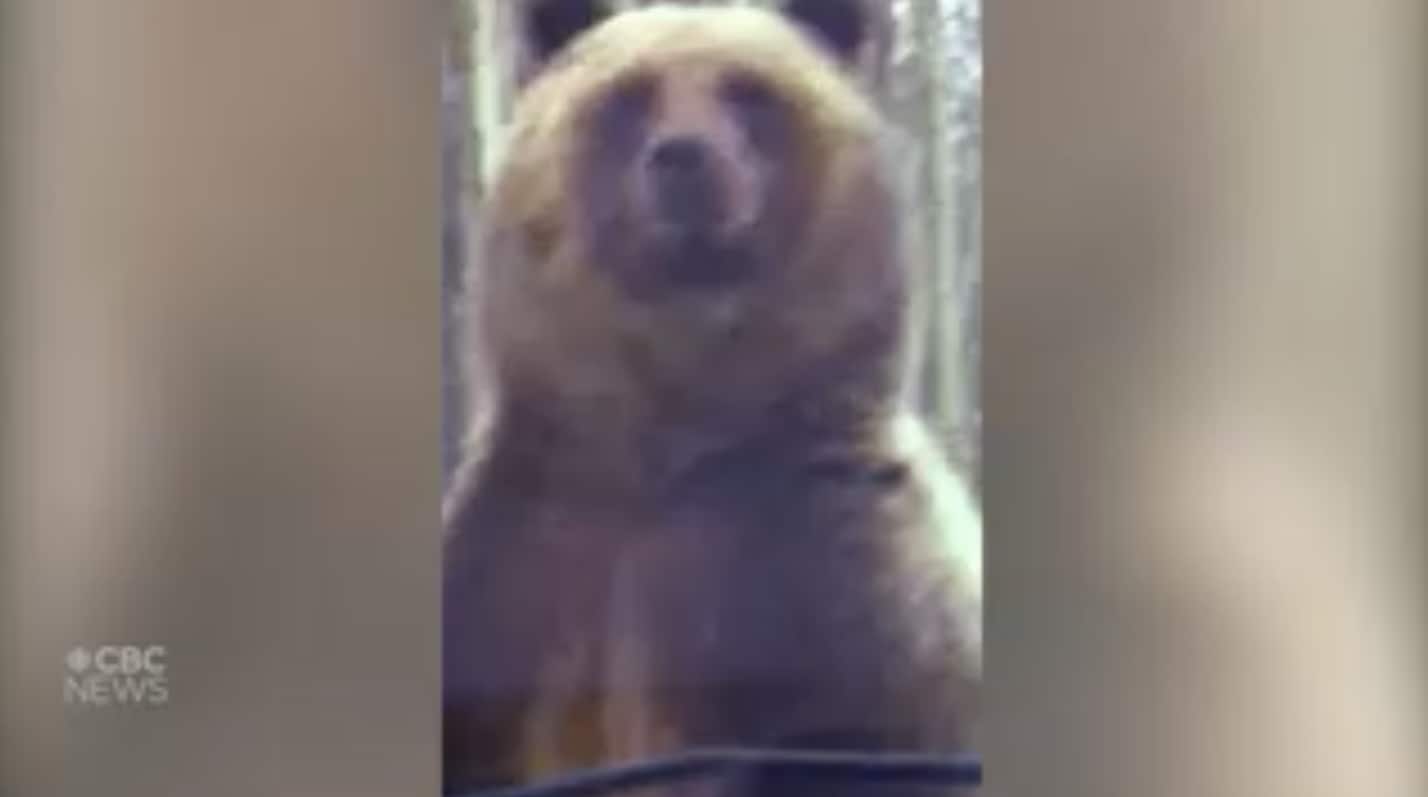 Justin Giesbrecht was out hunting with his dad when a mother grizzly came to check them out. 0:30

Giesbrecht said that previous experience was more frightening. This time he was able to appreciate the bears.

“It was an awesome experience for sure,” he told CBC’s Edmonton AM. “And you can’t really see it in the video. But my truck was kind of parked in the ditch so the front end was actually up really high. She’s a lot taller than the video shows. So I was just like, ‘Whoa!'”

The encounter ended their hunt at that location.

“You could tell the deer were quite agitated and they were running around in circles. So I didn’t think it was a good idea to try and go after them after that.”

“Usually with grizzly bears, once they hear a shot, they’ll come investigate,” he said. “And given that they have three cubs to feed. They’d probably take over quite fast.”

Cruel to be kind: New citizen patrols will scare Edmonton coyotes with sticks and tennis balls