Last year tied with 2016 as the world’s warmest on record, rounding off the hottest decade globally as the impacts of climate change intensified, the European Union’s Copernicus Climate Change Service said on Friday.

After an exceptionally warm autumn and winter in Europe, the continent experienced its hottest year on record in 2020, while the Arctic suffered extreme heat and atmospheric concentrations of planet-warming carbon dioxide continued to rise.

Scientists said the latest data underscored the need for countries and corporations to slash greenhouse gas emissions quickly enough to bring within reach the goals of the 2015 Paris Agreement to avoid catastrophic climate change.

“The extraordinary climate events of 2020 and the data from the Copernicus Climate Change Service show us that we have no time to lose,” said Matthias Petschke, director for space in the European Commission, the EU’s executive arm. The bloc’s space programs include the Copernicus earth observation satellites. 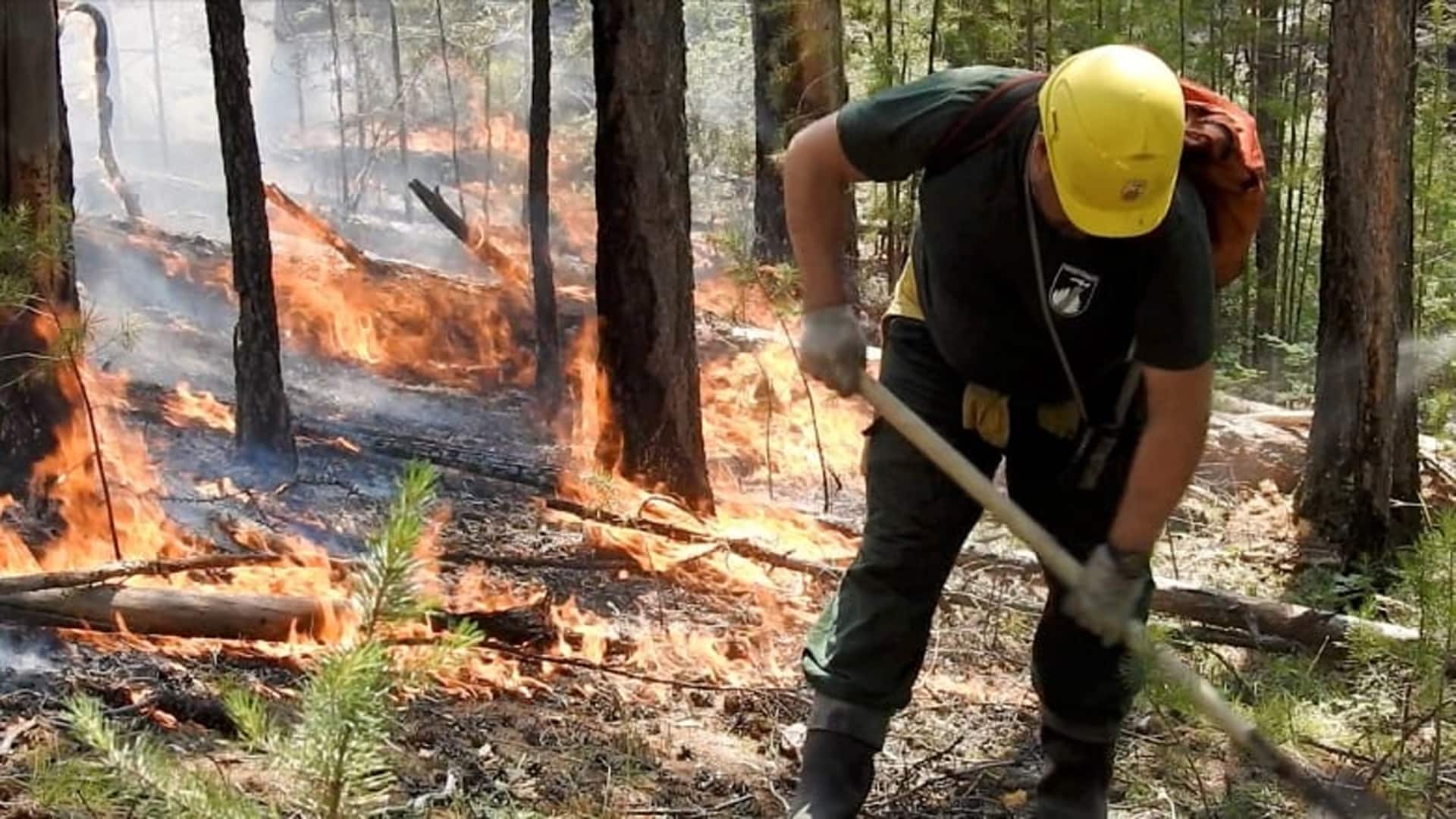 Siberia is sizzling in record heat with temperatures well above 30 C. A new research study suggests this historic heat wave was made 600 times more likely because of man-made climate change.  3:40

In 2020, temperatures globally were an average of 1.25 C (2.7 F) higher than in pre-industrial times, Copernicus said.

The Paris accord aims to cap the rise in temperatures to “well below” 2 C and as close as possible to 1.5 C to avoid the most devastating impacts of climate change.

Although COVID-19 lockdowns meant global emissions of CO2 dipped in 2020 compared with recent years, the concentration of the gas accumulated in the atmosphere continued to rise.

“The key here is to — for every year and as quickly as possible — reduce the amount we emit, thus reducing the amount we actually add into the atmosphere,” said Copernicus senior scientist Freja Vamborg.

Last year also saw the highest temperature ever reliably recorded, when in August a California heat wave pushed the temperature at Death Valley in the Mojave Desert up to 54.4 C (129.92 F).

The Arctic and northern Siberia continued to warm more quickly than the planet as a whole in 2020, with temperatures in parts of these regions averaging more than 6 C above a 30-year average used as a baseline, Copernicus said.

The region also had an “unusually active” wildfire season, with fires poleward of the Arctic Circle releasing a record 244 million tonnes of CO2 in 2020, over a third more than in 2019. 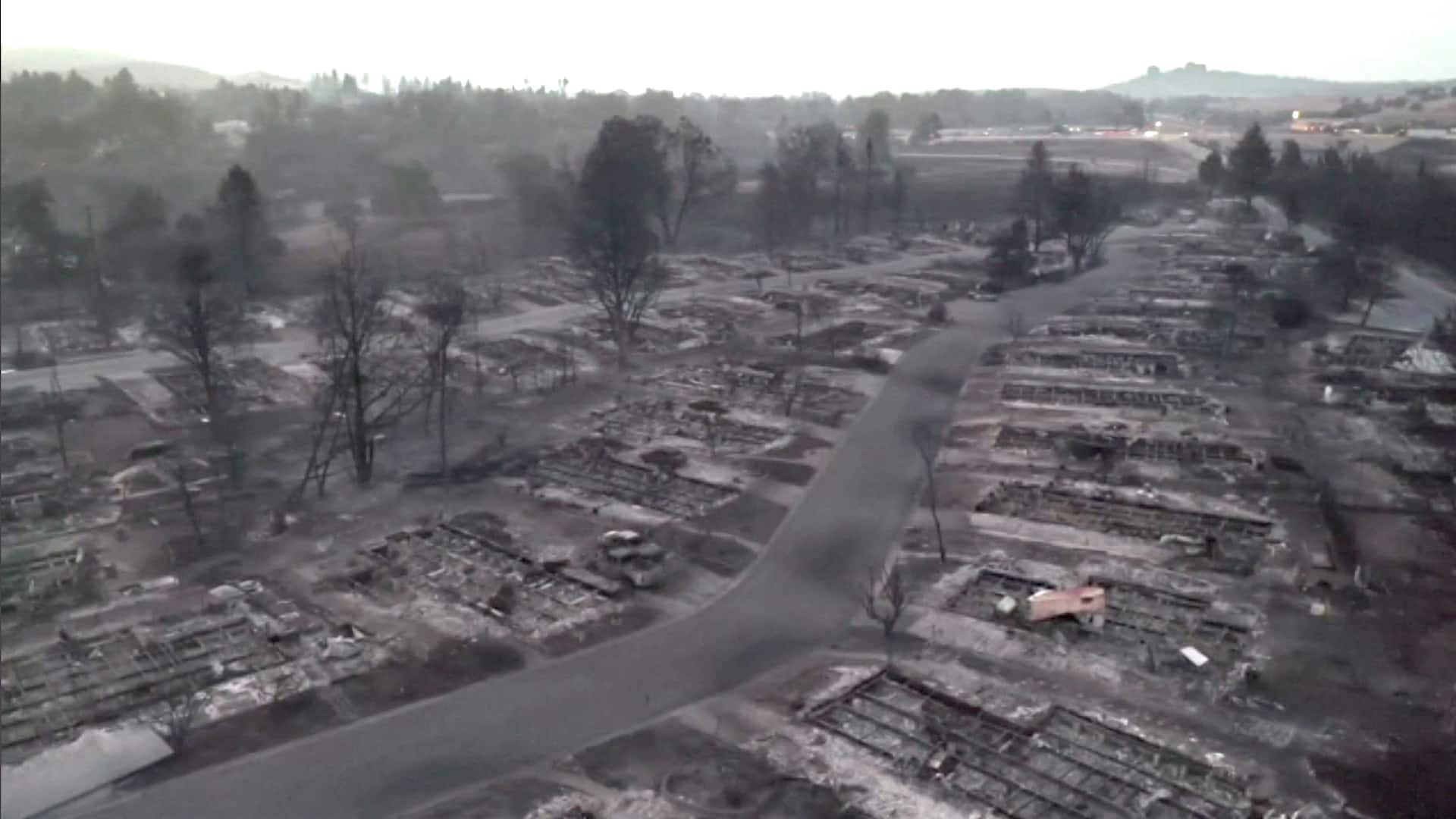 Visuals from high above Eagle Point, Ore., show the flattened homes and burned-out vehicles that remain after a wildfire. 0:51

Arctic sea ice continued to deplete, with July and October both setting records for the lowest sea ice extent in that month.

Scientists said the study was consistent with growing evidence that climate change is contributing to more intense hurricanes, fires, floods and other disasters.

In the United States, the cost in lives and damage is fast rising, said Adam Smith, a climate scientist with the National Oceanic and Atmospheric Administration (NOAA).

“We need another dictionary to help us describe how these extremes continue to play out and unfold year after year,” said Smith, who tracks climate-related disasters that cause more than a billion dollars worth of damage.

Smith said the 16 billion-dollar disasters that occurred in the United States in the first nine months of 2020 matched previous annual records set in 2011 and 2017.