With the future of professional women’s hockey in flux, a trio of Canadians are set to strap on their skates to compete in CBC’s Battle of the Blades.

Meghan Agosta, Jennifer Botterill and Jessica Campbell will make their figure skating debuts next Thursday when the sixth season of the show premieres.

“We want to get to that [point] where we are playing the game that we love, which is hockey, and we’re getting paid financially to support ourselves and our families,” Agosta, 33, said in an interview with CBC Sports’ Andi Petrillo. 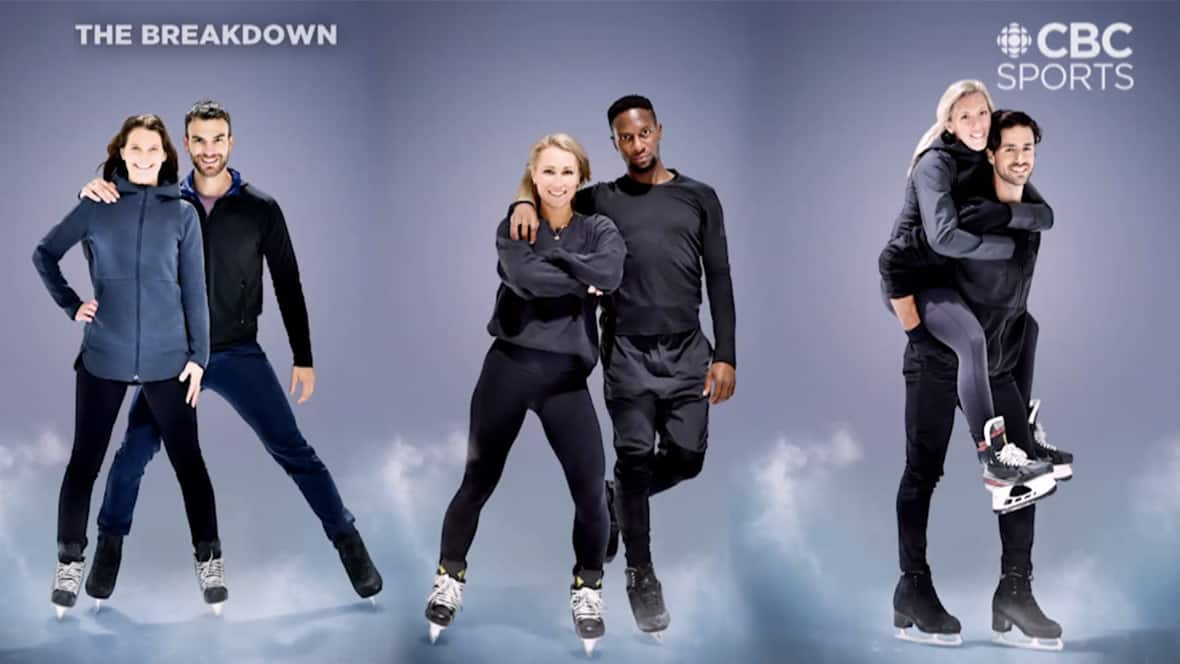 Jennifer Botterill, Jessica Campbell, and Meghan Agosta speak to the future of professional women’s hockey, and what a platform like Battle of The Blades can do for the sport. 6:49

After the CWHL folded, over 200 players formed the Professional Women’s Hockey Player’s Association with a goal of creating a financially sustainable league that provides regular ice time, health insurance and other supports.

As such, those players opted out of the NWHL, instead playing in an exhibition showcase series they titled The Dream Gap Tour.

Agosta, of Windsor, Ont., participated at the 2020 NHL all-star game and skills competition, where she said Gary Bettman indicated he wanted one sustainable women’s league.

“It is only a matter of time and deep down I know truly that when they do give us that opportunity it’s going to be a successful thing and we’re going to showcase what women’s hockey is all about,” Agosta said.

For Botterill, sponsors, marketing and media are all part of the puzzle.

“I think they see this happening. It just may not happen with the snap of a finger,” Botterill, 41, said.

Ottawa’s Botterill was part of the creation of the CWHL in 2007. With the league now defunct, the NWHL added its first Canadian team with an expansion in Toronto.

“I see both sides of the story. I see the NWHL coming in to set the Toronto team and expanding to Canada which, we have people with a good vision and wanting to grow, but you also have the player’s association with most of the players believing there might need to be some adjustments for this long-term plan.”

Less than a month after setting the world on fire with her speed at the NHL Skills Competition, Coyne Schofield was back at it again as she took home the NWHL’s fastest skater crown with a time of 13.90 seconds. 1:16

Campbell, 28, played for the Calgary Inferno of the CWHL and made her national team debut in 2014.

The Moosomin, Sask., native said anyone who’s seen women’s hockey at the highest level knows it deserves to be treated as a legitimate pro sport.

“I think from the player’s perspective, they need to continue to show up and they need to pioneer and break down those barriers and be patient. And I know that it’s really hard but I know that they’re doing the right thing,” Campbell said.

‘You want to be them’

For Campbell, just putting women on the Battle of the Blades platform is a step in the right direction.

“It’s the Natalie Spooners, it’s the Tessa Bonhommes. You remember their face because you make that connection with them. You see their personality. You want to be them. You want to live their story and walk their path,” Campbell said.

“I know for a fact that, to Jennifer and Meghan and I, we’re all on the same page and we’re doing this for our charities and our love for skating in such a fun way, but we’re trying to connect with our viewers and with the youth that are aspiring to walk our paths.”

Campbell is paired with ice dancer Asher Hill for the show, where she’ll be skating on behalf of Do It For Daron, which supports education, awareness and research initiatives that encourage young people to talk openly about mental illness.

Botterill will skate with two-time world champion pairs skater Eric Radford. Both are competing to win money for The Canadian Cancer Society.

Finally, Agosta will team up with three-time Canadian ice dance champion Andrew Poje and compete on behalf of the BC Children’s Hospital.

The sixth season of Battle of the Blades premieres next Thursday at 8 p.m. ET on CBC and CBC Gem.