Fred VanVleet knocked down a three-pointer at the halftime buzzer with Gordon Hayward in his face, then jogged toward the locker-room with a grin.

VanVleet showed no hint of pre-season rust, scoring 23 points in the Toronto Raptors’ 112-109 pre-season victory at Charlotte on Monday.

Rookie Malachi Flynn had 17 points in another excellent performance off the bench, while Terence Davis added 14 points, and Pascal Siakam finished with 12.

VanVleet has plenty to be happy about this season. And so do the Raptors.

Retaining the hard-working guard was the Raptors’ No. 1 priority during last month’s free agency, and they were successful, re-signing VanVleet to an historic US$85-million extension — the richest deal for an undrafted player.

The 26-year-old scored five three-pointers and shot 9-for-12 from the field on Monday. He also had four assists and three steals in 22 minutes of action. 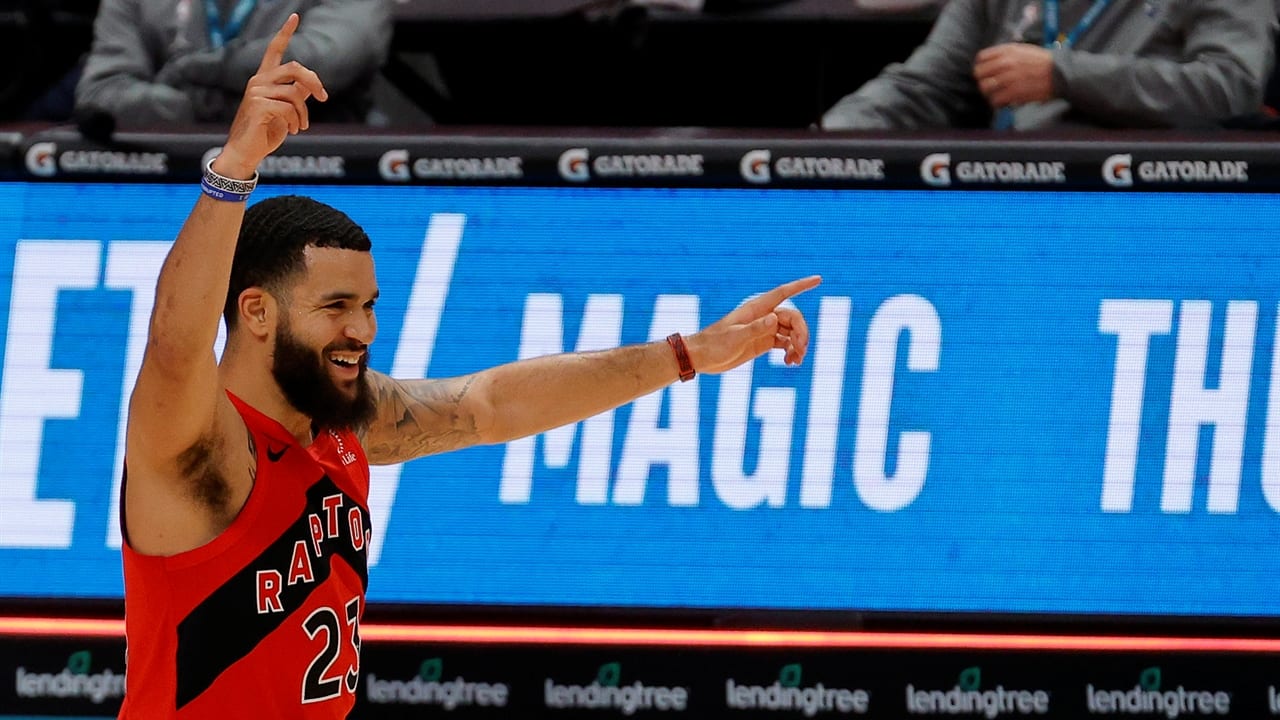 Raptors guard Fred VanVleet scored a game-high 23 points, including a halftime buzzer-beater, in Toronto’s 112-109 victory over the Charlotte Hornets in pre-season action. 0:27

The Raptors trailed by 14 points in the first half but, largely because of Flynn’s seven points early in the fourth, built a seven-point lead midway through the final quarter. Coach Nick Nurse emptied his bench over the final minutes as the Raptors held on for their second straight pre-season win over Charlotte.

Toronto’s all-star guard Kyle Lowry didn’t travel to Charlotte with the team. He was permitted to stay back at the team’s temporary home in Tampa, Fla., for “load management,” according to Nurse.

Charlotte led for most of the first half, up 30-22 to end the first quarter and 60-57 at the halftime break.

Alex Len’s layup late in the third quarter briefly had Toronto on top, but the Hornets took an 87-85 lead into the fourth quarter.

The absence of fans continues to paint a strange backdrop. Siakam missed the rim on a three-point attempt early Monday, and the game operations staff piped in jeers of “Air ball!” 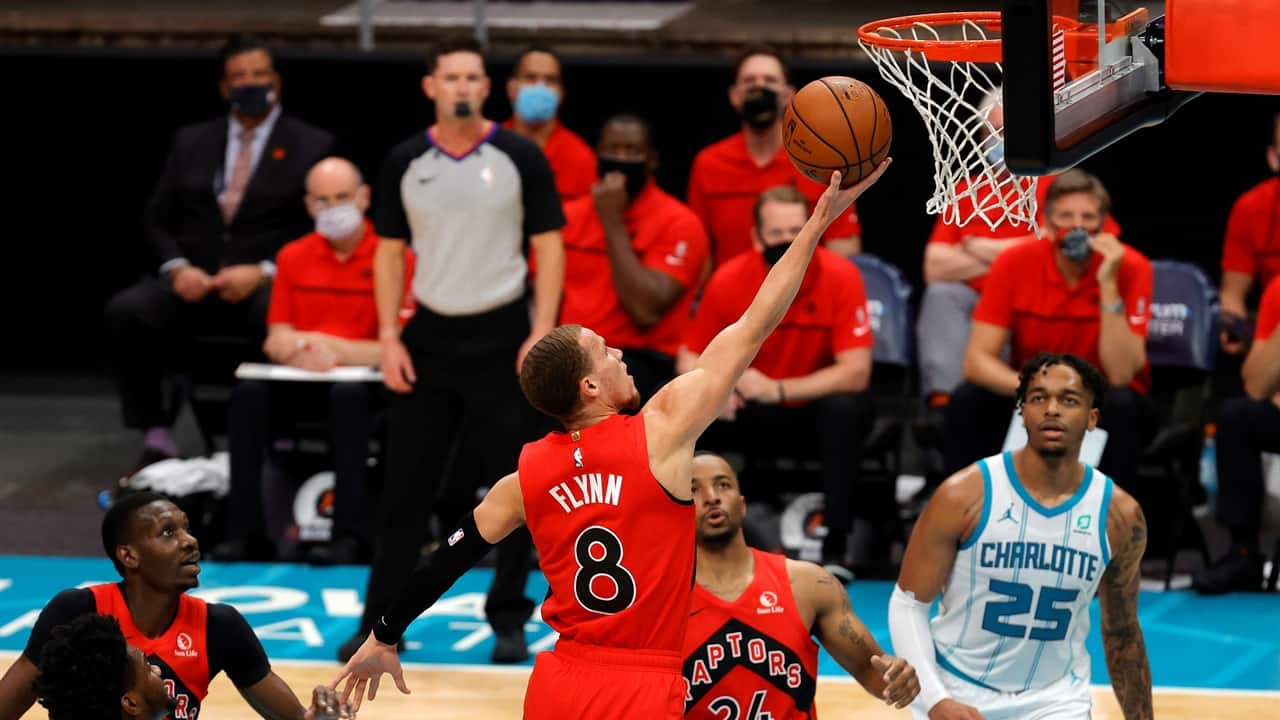 When DeAndre Bembry got the ball in front of Charlotte’s bench, a Hornets player could clearly be heard taunting Bembry to “shoot it!” Bembry did, and scored.

Because of Canada’s border restrictions around COVID-19, the Raptors are the league’s only team forced to play outside its market this season. They’ll host Miami on Friday in their first “home” game at Amalie Arena, and their third and final pre-season game. They open the regular season on Dec. 23.

Adding to the frantic pace of a shortened pre-season, the Raptors are having to find time to hunt for houses in Tampa, and their practice facility there is still in the final stages of construction.

Nurse said the biggest interruption, thought, is the two COVID-19 tests every player must undergo each day. Players aren’t released to go about their days until they’ve passed, pushing back the schedule.

“But it’s not a big deal and I think everybody’s handled it in stride OK,” Nurse said.